Those who are grieving around the holidays can find the joy of the season unbearable but the blue mass may help some. 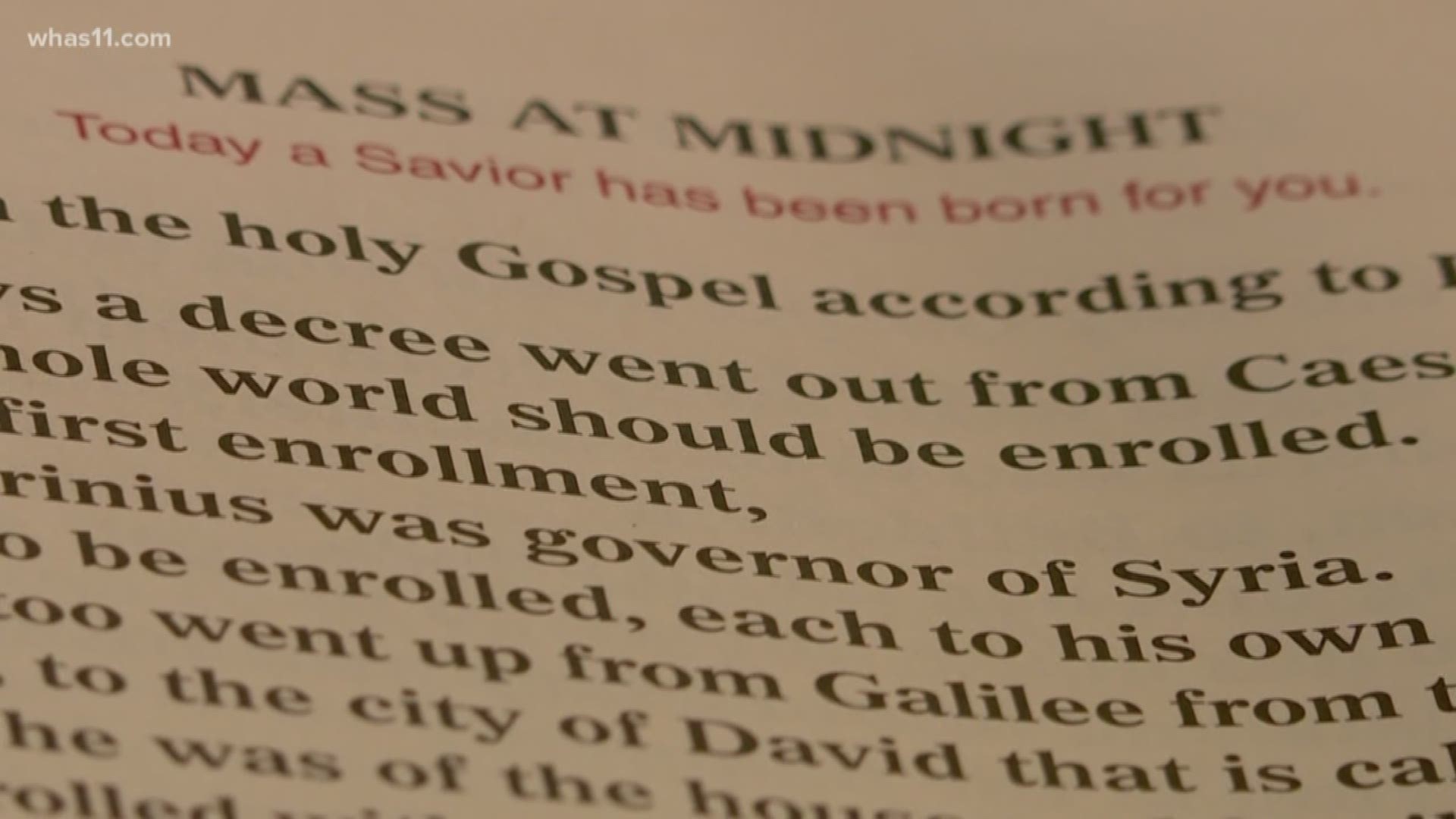 (WHAS11) - It's supposed to be the most wonderful time of year, but that's not always the case if you're grieving. The loss of a loved one can get even tougher around the holidays. A local priest recognized that and came up with an alternative service.

"When you get to mass on Christmas Eve, it's full of families and everybody is happy. It sort of exacerbates their pain, especially when they sang Joy to the World with trumpets, they just weren't in the mood for it,” Father Ronald Knott said.

"I can't remove the pain, but I can create this atmosphere at Christmas that is recognizing their pain. A lot of times, people just want it to be recognized,” Father Knott said.

He started it in 2011 when he was the weekend chaplain at Bellarmine University and got a resounding response.

The alternative option offers softer music and a different perspective on the Christmas story.

"There's a lot of pain in it. Mary and Joseph are away from home, giving birth in the barn in a stable that is followed by an escape to Egypt to escape being killed by Herod. The whole story has got an under level to it that is tragic,” Father Knott said.

It's pain that so resonates with those packing the pews.

"It's not only my words from the altar, but it's being in that group of grieving people that's going to bring a lot of comfort, I think,” Father Knott said. "It meets such a personal, universal need."

RELATED: OPINION: I was a military spouse on my own at Christmas. It was painful but also special.

After Father Knott retired a couple years ago, the mass took a hiatus. It's making a comeback this year and a big crowd is expected.

The Blue Christmas Mass starts at 6 p.m. on Christmas Eve. It's at the Holy Family Church on Poplar Level Road. You don't need to be Catholic to go. All are welcome.