Bill breakdown: How far along are the bills Kentucky teachers are protesting in Frankfort?

House Bills 205 and 525 and Senate Bill 250 are all getting thrown around — here's what they mean and why JCPS teachers are so passionate about them. 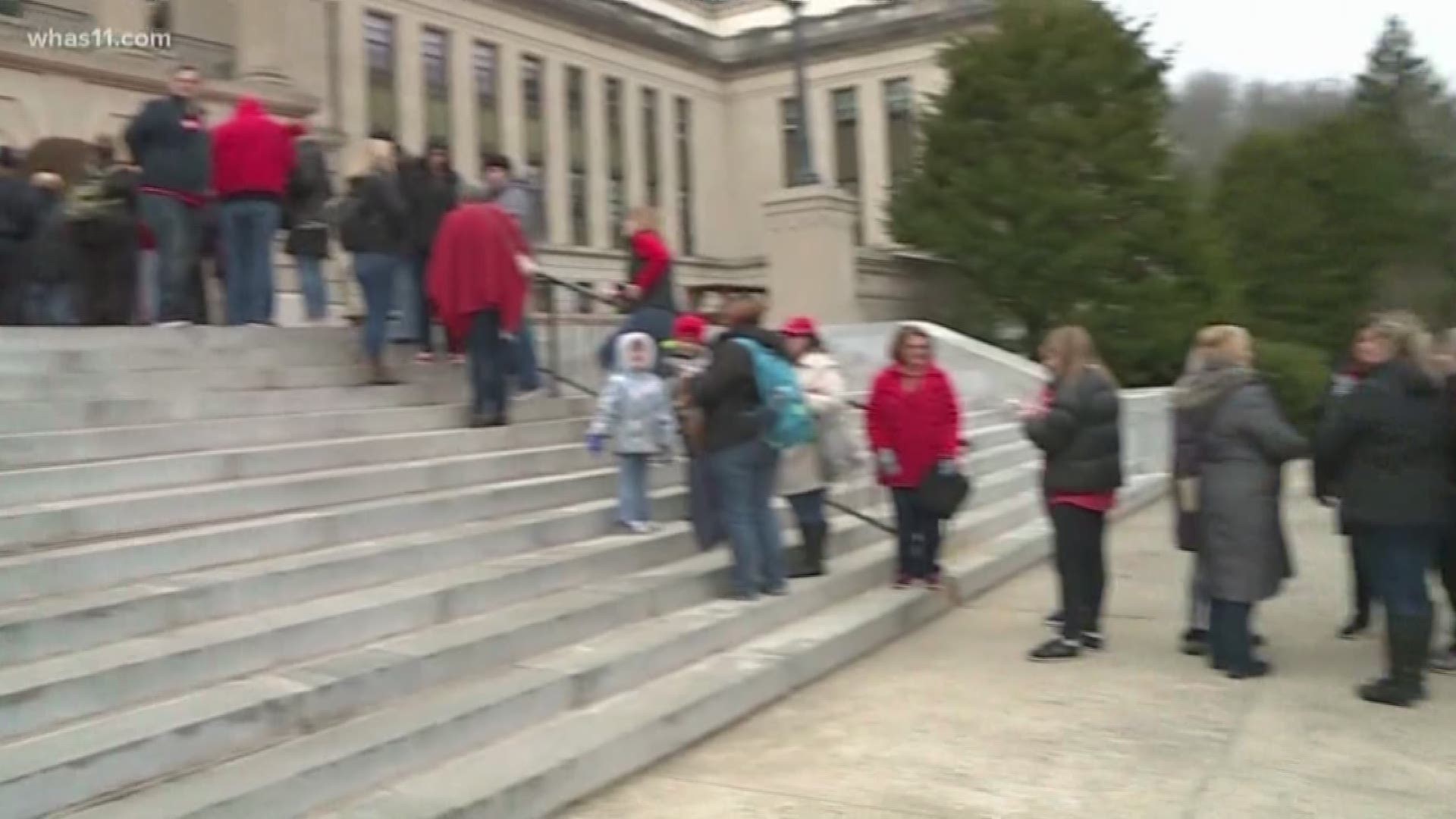 FRANKFORT, Ky. — A major public school system in Kentucky has canceled classes four times in the last week due to 'significant teacher absences.' These JCPS teachers have called in sick so they can protest bills being heard in Frankfort.

By now, you've most likely heard a few numbers being thrown around that include a lot of 2's and 5's.

Here's a brief look at what these bills say and what their current status is in the Kentucky Legislative Session.

This bill would give tax credits to people who donate to specific scholarship funds. These scholarships would help children with special needs, in foster care, or from low-income families attend private school.

Supporters of the bill say that it will increase school choice for underprivileged kids, but opponents say that the bill would take too much money from the public school system. An estimate by the Legislative Research Commission says the bill could cost taxpayers as much as $209 million by 2025.

HB 205 is still currently in the House Committee for Appropriations and Revenue. The committee hearing on March 5 was met with some strong words from opponents and supporters.

Representative Bam Carney said the bill appears to be "resting comfortably," meaning it will not have time to be brought up this session but will not be counted out next legislative session.

House Bill 525 will determine the members of the Kentucky Teachers' Retirement System's Board of Trustees.

The bill changes how many teachers are required to be on the board and how trustees are nominated, worrying leaders at the Kentucky Education Association and the Jefferson County Teachers Association.

RAW VIDEO: Teachers father in Frankfort as HB 525 is set for discussion. 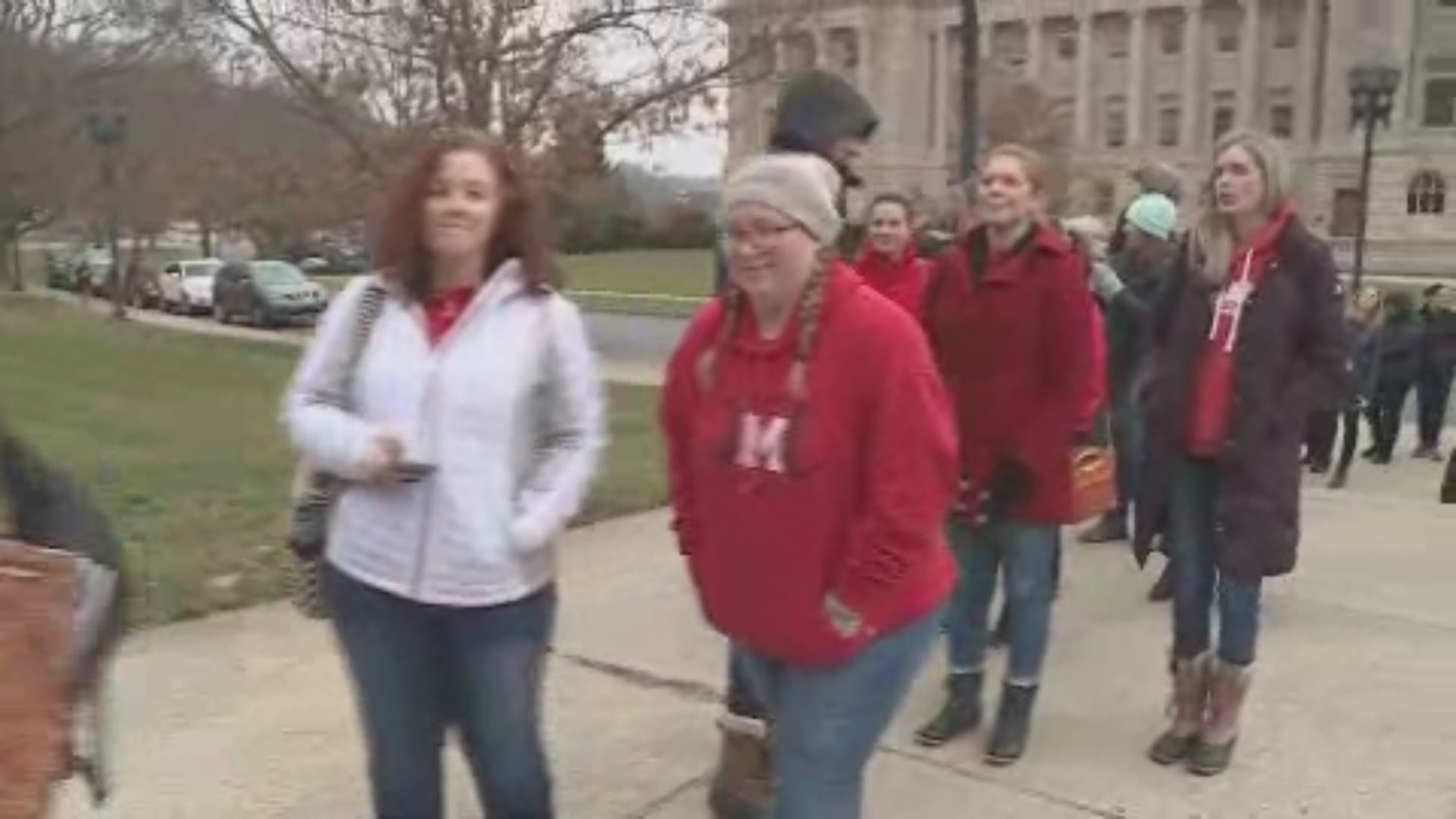 The bill was passed by the House State Government Committee on February 28, despite teachers staging a "sick-out" to attend a protest in Frankfort.

The sponsor of the bill, Rep. Ken Upchurch, said that lawmakers are working on an amendment to address teachers' concerns and some amendments have been proposed.

RELATED: Bill affecting teacher pension board 'resting comfortably,' will not be passed this session

Supporters of the bill say that it would give Dr. Pollio more opportunities to make a "positive change" in JCPS, while opponents worry that it takes too much power away from the School-Based Decision Making Council.

Protests of this bill led to another day of canceled classes at JCPS.