'An avoidable accident': Georgia K-9 dies after deputy leaves him in hot car

Sheriff Freeman says the car is equipped with tech to alert the K9's handler if the car gets too hot. That device was unplugged because Barkley was ending his shift. 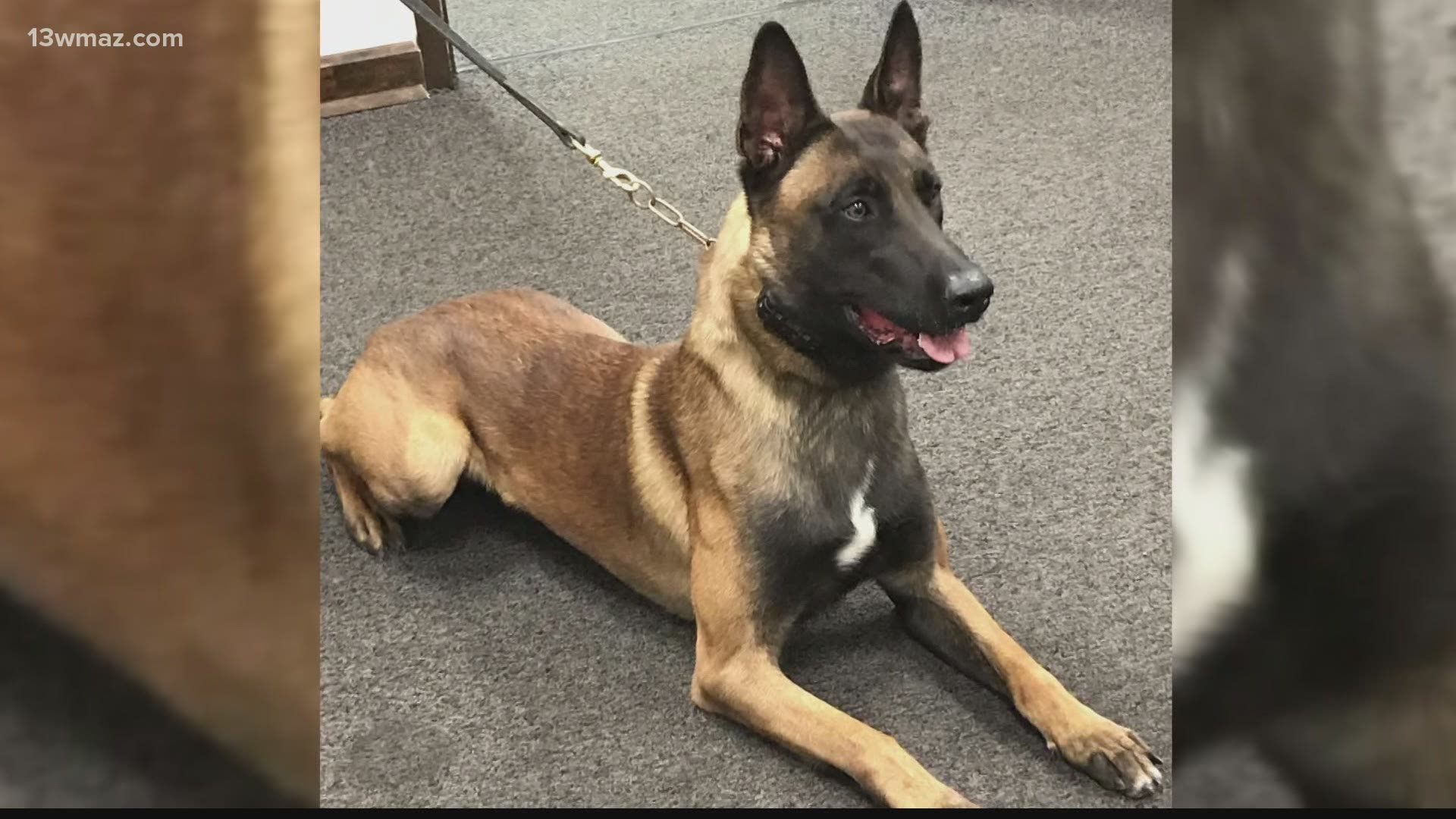 MONROE COUNTY, Ga. — Monroe County Sheriff's Office has lost a K9 after its handler left the dog in a hot patrol car.

Sheriff Brad Freeman called this an avoidable accident. He says K9 Khan was a healthy 4-year-old dog who worked in drug and tracking operations.

Sheriff Freeman says Deputy Willie Barkley, a sergeant at the time, was working the overnight shift on May 13 into May 14. He worked overtime, wrapping up reports in the driveway of his home. But at the end of his shift Friday morning, Freeman says the deputy accidentally left his patrol partner, K9 Khan, asleep in the patrol car.

"He thought he had gotten his dog out and put him in the pin. Obviously, he did not," Freeman said.

It wasn't until after Barkley woke up later on Friday to the feed the K9 that he noticed Khan wasn't in his pin. Freeman says Barkley found Khan dead in the car.

"I believe the high temperature that day was 79 to 80 degrees, somewhere in that neighborhood, which is fine for us when you're just outside but when you put either a human or animal in a car with the windows rolled up. Temperatures go up 20 to 30 degrees. No one can stand that kind of heat inside a car— a human, let alone an animal," Freeman said.

Freeman says the car is equipped with technology to alert the K9's handler if the car gets too hot inside.

"When the temperature gets above a certain degree that the system will go off and alert the handler through the horn and maybe the siren that something is amiss in the car," Freeman said.

But that device was unplugged because Barkley was going to be off work for three days, according to Freeman.

"You can spend all the money in the world on technology but there's still a human factor," Freeman said.

Barkley notified his supervisor and soon after the Sheriff's Office launched an internal affairs investigation. They concluded it was an accident, Freeman says.

"I felt like it was an avoidable accident. Therefore, the deputy was disciplined," Freeman said.

Freeman says Barkley was demoted to deputy and moved from field operations to working at the jail. He was also suspended for five days without pay.

Lt. Chad Beck, Barkley's former supervisor, says he believes this is the first time Barkley has been disciplined since he was hired in 2018. Beck added that Barkley has been a "model deputy."

Freeman says the loss of K9 Khan has been the most difficult for Barkley and his family. The Sheriff says Khan was assigned to Barkley for roughly a year.

"A lot of these K9 handlers get really attached to their dog," Freeman said.

Freeman says Monroe County Sheriff's Office have four K9s. They plan to bring in a new K9. He says K9s typically cost around $10,000 each--not including training, food and equipping the patrol car.