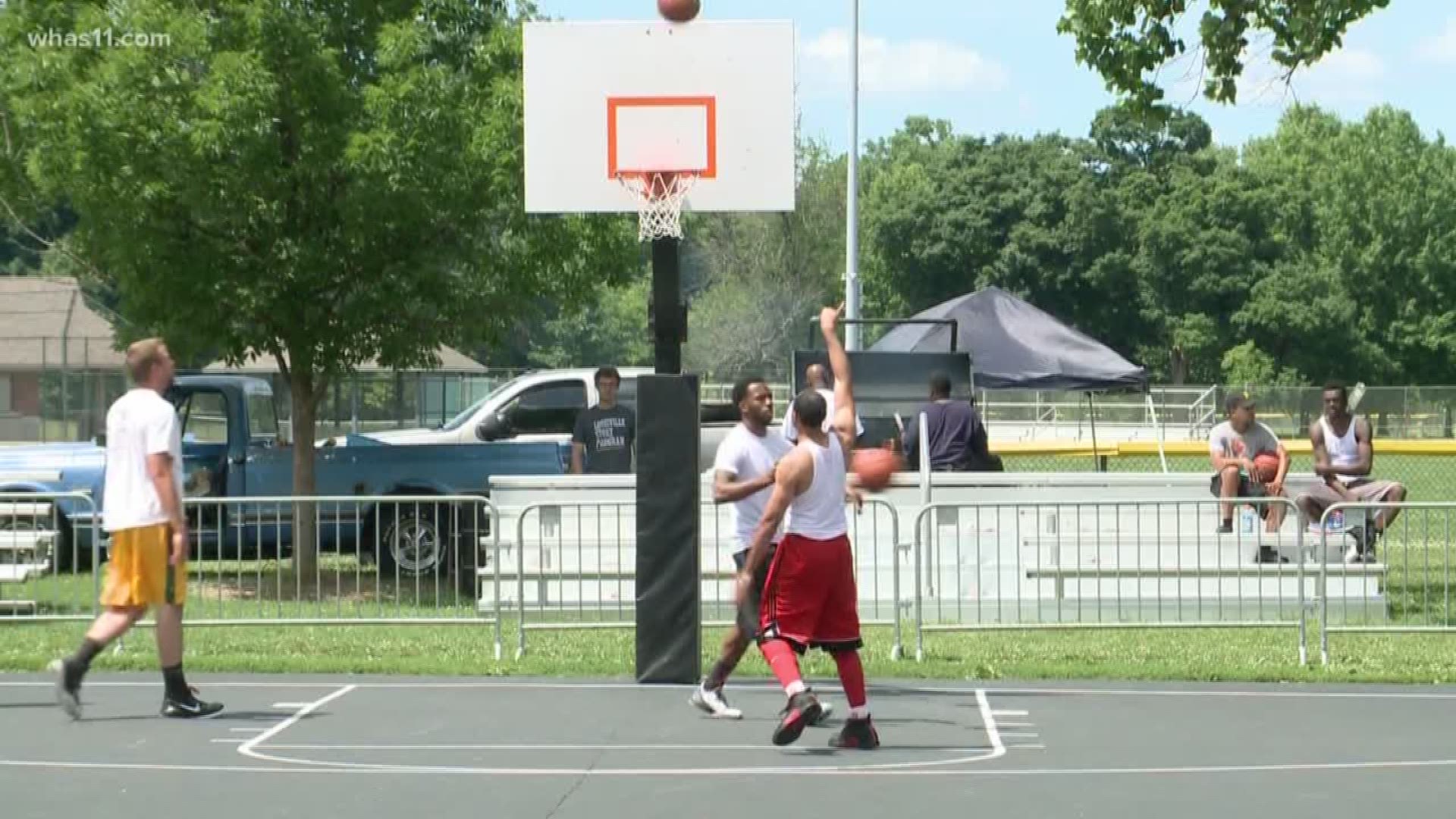 LOUISVILLE, Ky. — A Louisville basketball staple is turning 50 this year and the city is preparing to celebrate it.

Mayor Greg Fischer, organizers and past participants announced their plans to celebrate the Dirt Bowl Monday, June 3. A series of events will mark the tournament's return, which starts on June 22 at Shawnee Park.

“The Dirt Bowl is an enormous part of Louisville sports history,” Fischer said. “From NBA stars to young people, this tournament brings together our community to share good times and watch great basketball. I’m thrilled to join others as we celebrate its 50th anniversary.”

The tournament was the brainchild of two Metro Parks employees, Janis Carter Miller and Ben Watkins. It has been hosted at a Louisville park since 1969.

“I never in all my wildest dreams thought the creation of the Dirt Bowl would take on a life of its own after the summer of 1969,” said Janis Carter Miller, who went on to play college basketball at Kentucky State University and became an internationally-known jazz singer. “The Dirt Bowl has now taken its rightful place in my life as a part of my legacy. The affection for and the effect it’s had on people’s lives still exist. The Dirt Bowl started during a tumultuous time of race relations, but there were no incidents. The tournament has survived even now through changes in our urban community’s struggle to be included.”

“The Dirt Bowl to me, it was the NBA,” said Derek Anderson, the former Doss High School star who played at Ohio State and won championships at the University of Kentucky and for the Miami Heat during a successful 12-year stint in the National Basketball Association. "It was everything to me. It was my biggest dream to play there and follow in the footsteps of the greats and legends who played out there. It also saved my life. Playing basketball year-round with the goal of playing in the Dirt Bowl, I was able to stay focused. I got an opportunity to make basketball my career, and I think I was able to win a NCAA Championship and NBA Championship because I played in the Dirt Bowl.”

The Dirt Bowl did begin in Algonquin Park but was moved to Shawnee Park in 1970 and has been held there to this day.

A kickoff celebration will be held on Sunday, June 16, at 3:30 p.m. at Algonquin Park. The event includes a slam dunk and three-point shooting contest and a game between 2018's Dirt Bowl Winner, Business As Usual, and a to be determined opponent.

The Dirt Bowl games will be held on June 22 and the actual tournament begins on August 3. Championship games will take place the weekend of August 11-12, 2019. A special 50th-anniversary awards dinner will take place at the Frazier History Museum on Sunday, August 25, 2019.

Here is the schedule of events:

• Sunday, June 16, 3:30 p.m., Algonquin Park: Kickoff celebration, including announcement of an historical marker (to come), as well as slam dunk and 3-point shooting contests, and a game between last year’s Dirt Bowl winner, Business as Usual, and an opponent TBD.

• June/July, Shawnee Park: Games every Saturday and Sunday except the weekend of July 27-28, when West Louisville Appreciation Day is held.