Coronavirus sparks US gun sales, but not in Kentucky

New Federal data suggest a new record month for NICS background checks but the only state not to see an increase may surprise you. 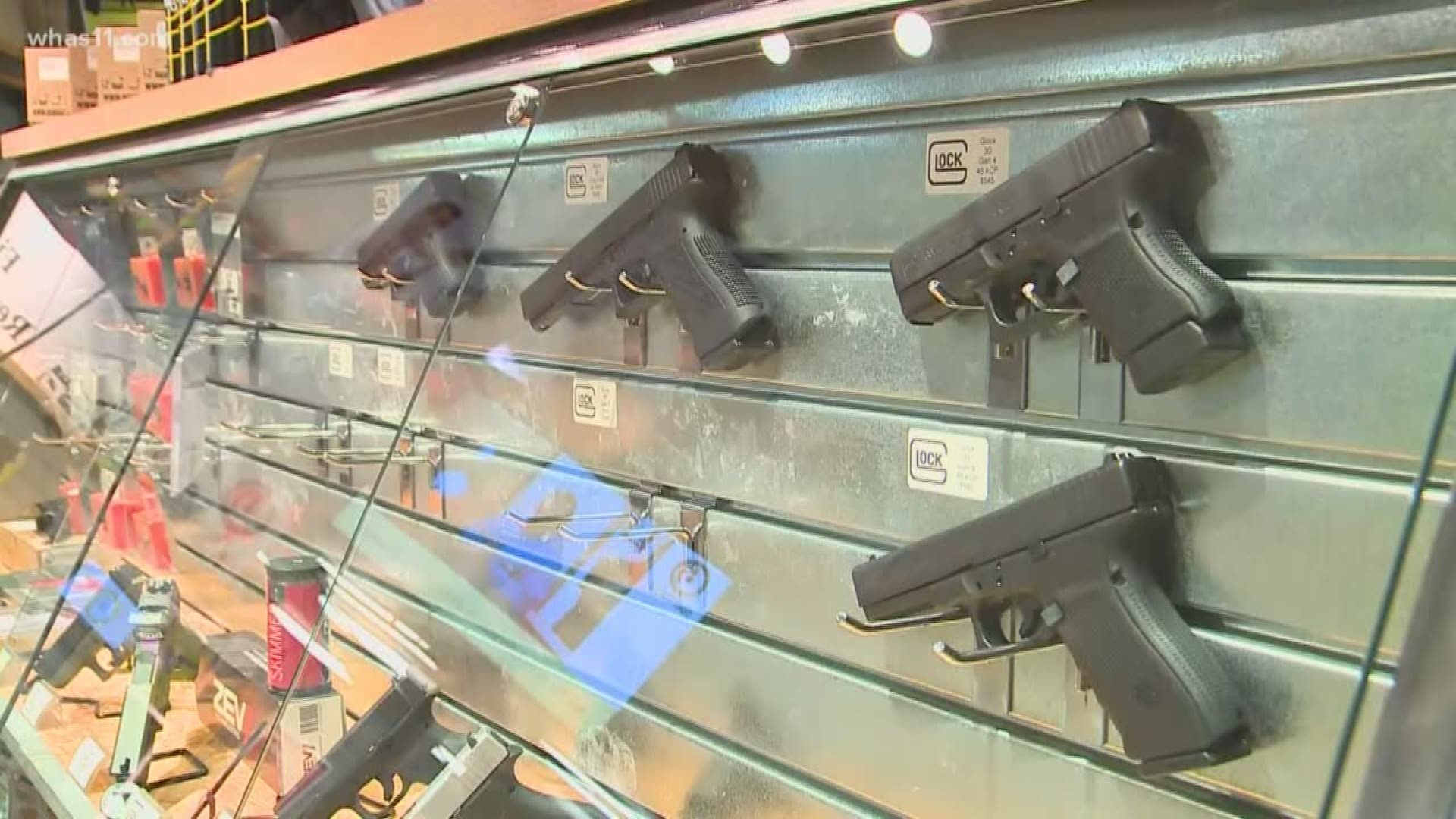 LOUISVILLE, Ky. — Weeks after coronavirus concern sparked crisis buying of all sorts of products (toilet paper hoarding will be a footnote in history), we now have a better idea of another product Americans were buying in record number. But what the data reveals about Kentucky is being described as “odd” by at least one gun store owner.

Three weeks ago, as people flooded gun shops like Openrange in Crestwood we ran into the owner, Barry Laws. He is a former president of the retail firearm retailers association had placed limits on ammunition so each customer would be able to get something. He also saw lines of shoppers looking to buy firearms.

Chances are that you know someone who saw lines for firearms purchases in Kentucky. We certainly saw them and heard about them on social media.

The National Instant Criminal Background Check System, or “NICS” is a pretty good indicator of firearms sales. So it was no shock when the FBI NICS checks revealed the United States set a record in March. The nearly  ¾ of a million recorded (3,740,688 ) was nearly 1 million more than the month before (February 2020  2,802,467).  That total is nearly a half million more than the very busy December of 2015 that saw records in several states (most since December 2015  3,314,594).

So, imagine the surprise when Kentucky was the only US state that not only experienced the only month-to-month decrease in NICS, it was a significant drop. 162,942 less in March than February of this year.

“The figures are just odd," exclaimed Barry Laws. He couldn't believe what we were showing him.

"None of it makes sense to me because I know my friends who have gun shops, and the other big ones in town, they are pretty much sold out of stuff too”, he said.

We contacted the Kentucky State Police to ask if they had any idea as to why the number may be so drastically different than the national totals. They told us that any state background checks for weapons permits would not have gone through NICS.

Some, including Barry Laws, share a theory that Kentuckians spent their money on ammunition. They’re a leading state in monthly NICS data at other times. Barry told us that some ammunition is hard to find these days, But he has a bigger concern. He described some who bought last month as not your “typical gun buyers” or clearly, to him, first time buyers. He's hoping that those customers are using this isolation time to take online courses, like those offered through Openrange, to become familiar with their purchase.

RELATED: Nurse says she was sent home for PPE concerns as hospitals hit with N95 shortages