A Dallas salon continued to defy court orders Wednesday to cease operations in an effort to stop the spread of COVID-19. 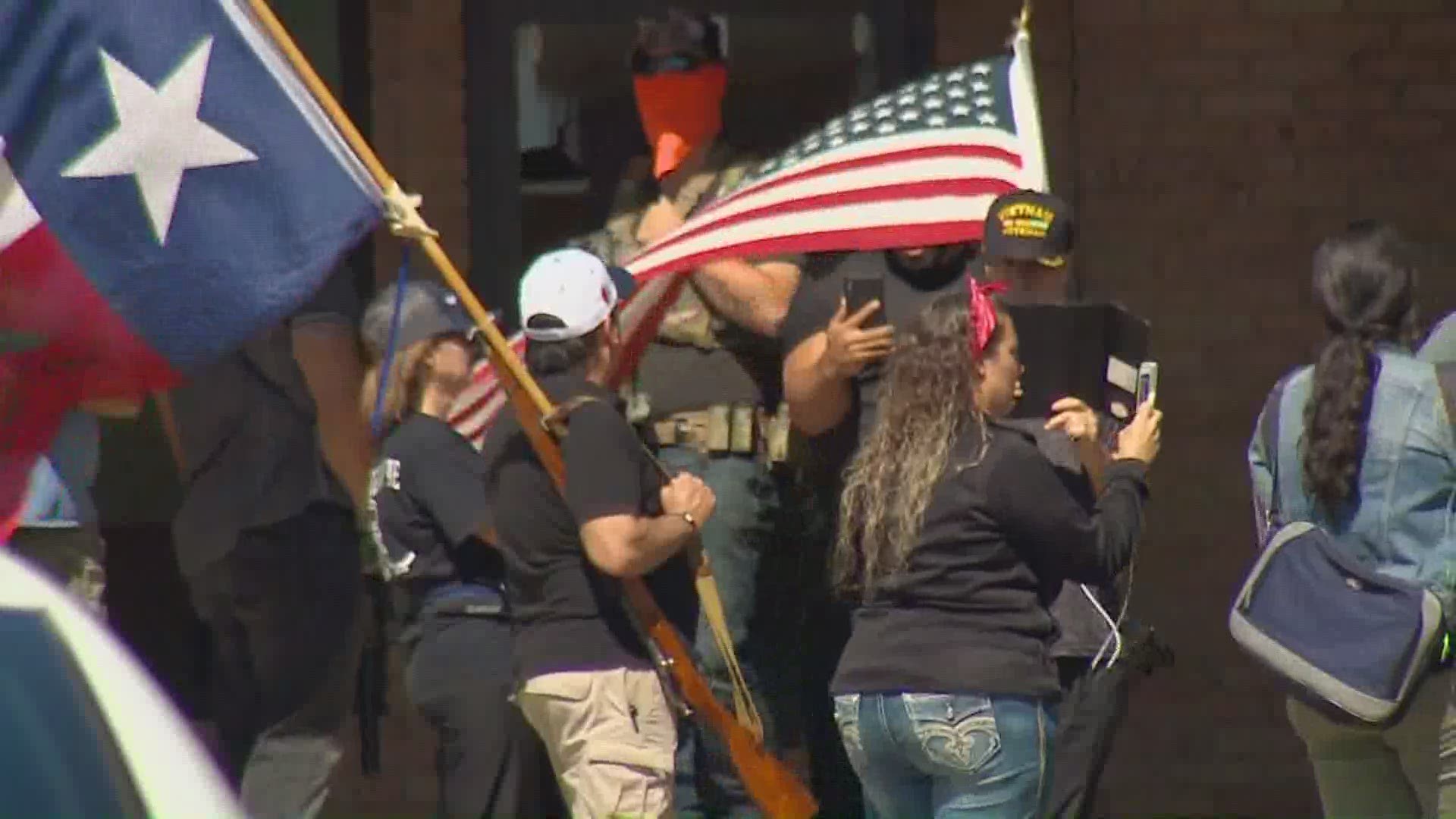 DALLAS — Salon A La Mode opened up for business again Wednesday despite a court-issued temporary restraining order, as well as and state, county and local orders to stay closed.

Owner Shelley Luther could be arrested if she continues to defy court orders.

”It’s my right to open my business,” said Luther.

The City of Dallas says it’s not.

While some proponents showed up outside the business to show their support, a nearby business expressed concerns.

A worried employee at a nearby business called police.

Paula said one of her employees, who is a Vietnam veteran, objected to armed protesters congregating in close quarters, not wearing masks and not respecting social distancing.

Paula owns a nearby dog grooming place and would not give us her last name. She said they are also concerned about the display of weapons.

”I am not comfortable with guns and a guy walking around with an AK-47 is disconcerting,” said Paula.

However, Texas is an open carry state so there is not much police can do. They also can't take action over the lack of social distancing.

Luther continues to focus on her business

“If they arrest me. I have someone who will keep the store open,” said Luther.

And her supporters continue to focus on drawing attention to it

Police came out twice Wednesday and code enforcement officers also came out in the afternoon.

Luther continues to say she’s enforcing social distancing inside her salon and that people are wearing masks.

But city attorneys are working on the next step to shut her down, which means going before a judge and proving she is in violation of the restraining orders he signed.

And that means she could be arrested.