Kentucky Hot Brown Pedalboards' sales have dropped by around 75%, and the owner said rising lumber prices have a lot to do with this trend. 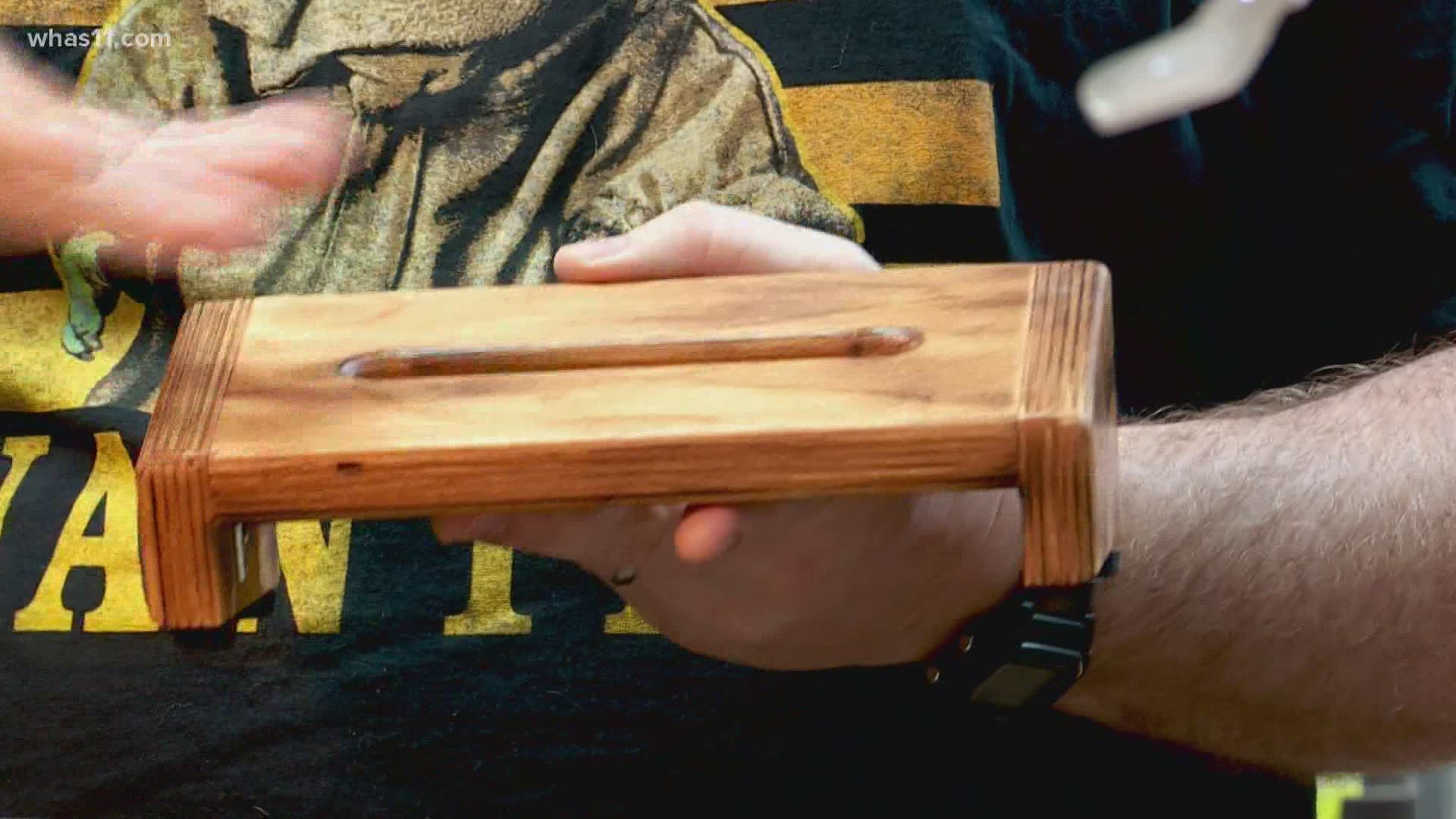 LOUISVILLE, Ky. — Kenny Marine said this is the first year since his company first launched eight years ago that he's seen such a large drop in sales.

"They started going down and they've not really started coming back up yet," he said.

Marine founded Kentucky Hot Brown Pedalboards in 2013 after finding a handmade pedal board at a Nashville music store that was far out of his budget.

He said business started picking up after a few years and it even saw a lot of good success during the pandemic in 2020 with many people staying at home. But he said this year, he's seen his sales drop by around 75%, and he said the rising lumber prices have a lot to do with this trend.

Rising costs of lumber have been found around the country as there continues to be a high demand for lumber coupled with a very limited supply. Economists claim part of this low supply can be traced back to the early months of the pandemic when many sawmills either closed or downsized.

Marine said with the price of wood the highest he's seen, he has been forced to raise the prices of his pedalboards, which is likely a big reason for the drop in sales.

"It just destroys my soul to raise prices for folks because I'm a musician," Marine said. "I always call it — I'm a starving musician too. I understand. I get it."

To cut costs, Marine has temporarily stopped accepting sales through his website, which was done through a third-party service. Instead, people can still call Kentucky Hot Brown Pedalboards or place an order through the Reverb.com online marketplace.

"A lot of folks were worried we were going out of business," Marine said. "It's like, no, we're not going out of business. We're just trimming some of the fat off because that's an expense and any expenses we can cut off for right now to keep us up and going, we're going to do."

RELATED: 'Most people aren't in touch with the lumber prices': Here's why your backyard hangout will cost more