The local-owned sporting shop was one of three businesses destroyed in a fire on Breckenridge Lane in June 2019. 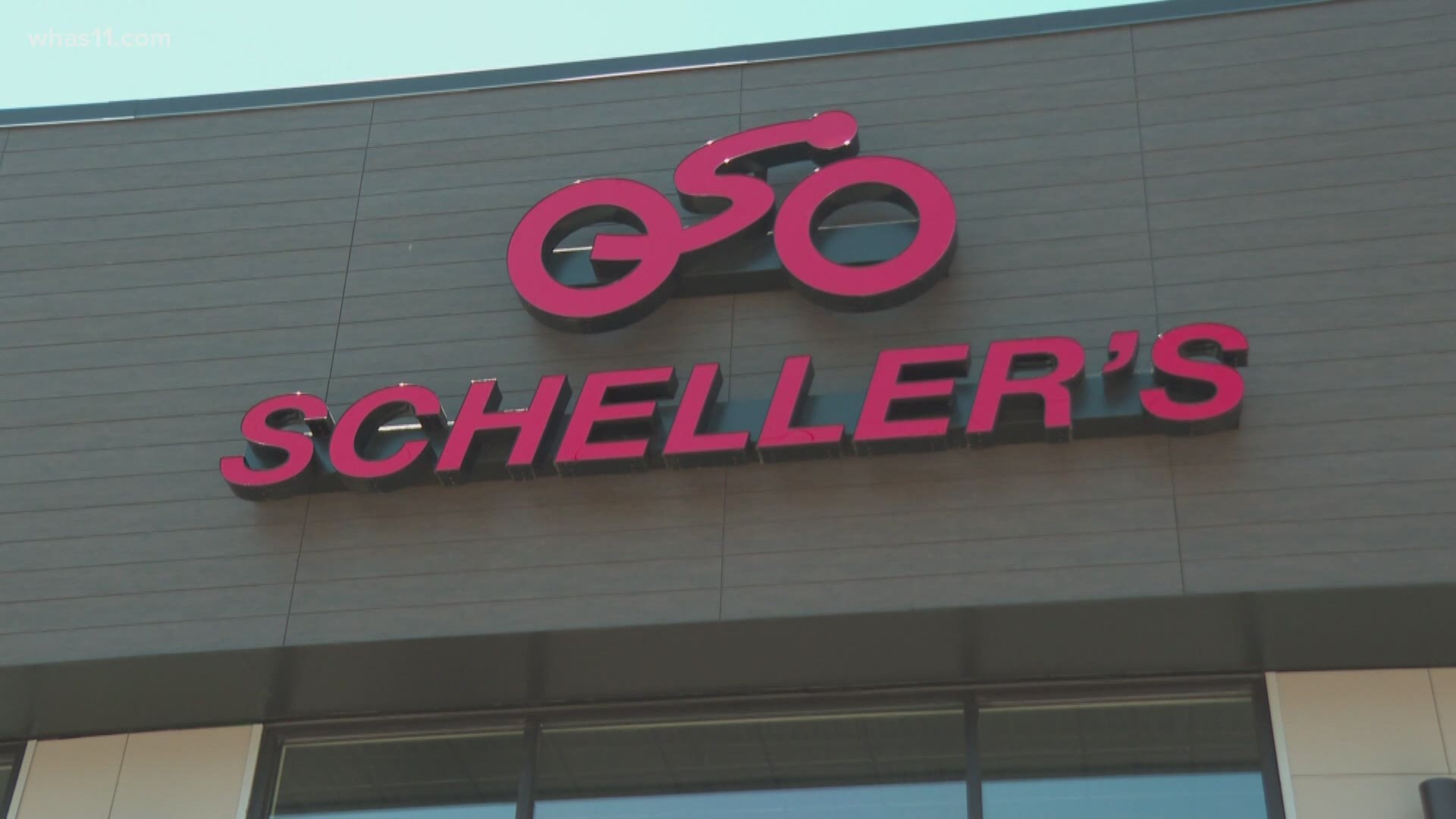 ST MATTHEWS, Ky. — It has been two years since a 2019 fire damaged three businesses in St. Matthews on Breckenridge Lane.

Scheller Fitness and Cycling were one of those businesses, and at the time of the fire co-owner Marty Scheller was not discouraged by the flames.

He was correct. His business would return to St. Matthews, but at the time he didn't know what the next two years would bring.

A fire, a temporary location, a pandemic, the move to a new location, and more all would make recovery and their return more difficult.

"From a business standpoint, I don't know if a business can go through a more traumatic event," he said. "To have a total loss of a business to any natural disaster is difficult."

He and his team made it, and today as employees cared for customers, tt was a time of reflection.

John Molnar has worked for the Scheller family for over 18 years, and he said it was a team effort to get to this day.

"It's been a lot of work," Molnar said "I mean all these guys, I didn't know if we were going to do it."

At the time of the fire, the Scheller's were unsure if they were going to rebuild in the St. Matthews area. Then they realized that the need and want for a bike store in the area was there.

"St. Matthews really feels some ownership for this store because it's been here so long and that's great we love that," Scheller said.

Scheller's wasn't the only store to reopen. The Domino's also impacted by the fire has returned as well. Simply Mac, where the fire originated, moved to a different location.