Louisville Vegan Jerky Company has grown since its start in 2012, becoming the first vegan jerky on Whole Foods shelves. 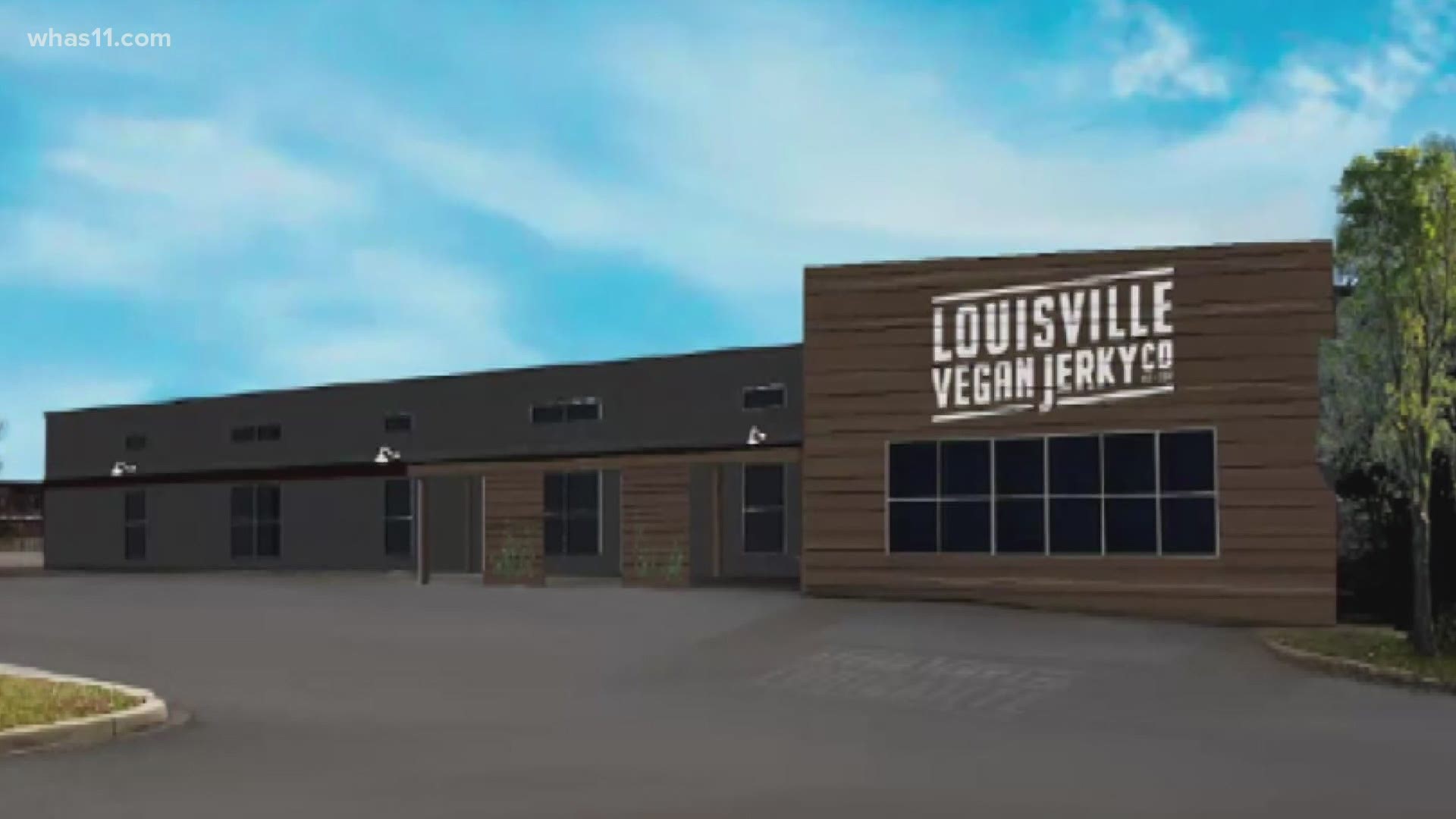 In 2012, Chase forgot to set a timer and overcooked some barbecue soy protein. Instead of throwing it away, Chase turned his mistake into a business, Louisville Vegan Jerky Company.

Since then, his company has taken off, becoming the first vegan jerky to hit the shelves of Whole Foods stores around the nation.

Chase said the business has continued to grow, which is why he needed to find a new home for his business. He had one stipulation — Louisville Vegan Jerky Company had to be in Louisville.

"In my eyes, the brand is rooted in Louisville and I want to be in an area that feels more like Louisville," Chase said.

Chase said after a lot of research, he settled on the former Save-A-Lot at 1311 Shelby Street. The grocery store closed in 2018 and has since been boarded up and tagged with graffiti, but where others saw blight Chase saw an opportunity.

"When I see it now, I just see a lot of potential," Chase said.

Louisville Vegan Jerky Company has requested Louisville Metro government to rezone the property, which is zoned commercial, to EZ1, or enterprise zoning. That would allow the company to turn the space into a food processing facility and a warehouse, with enough space to accommodate Chase's growing business.

"We want to not only be good neighbors but we want them to enjoy us being there," Chase said.

The Louisville Metro Planning Commission's Land Development Committee set a public hearing to rezone the property in its virtual meeting Thursday afternoon. But there was some opposition to the plan. Maria Gurren, the president of the Shelby Park Neighborhood Association cited concerns about noise, odor and increased traffic in the neighborhood.

"We would much rather the property be able to remain commercial and provide a public good or service to the community," Gurren said.

Louisville Vegan Jerky Company's representatives at the meeting argued it has been meeting with many people living in the area to allay their concerns, and said they will continue to do so moving forward.

The company said it also plans on having a neighbor-applicant agreement, which is a contract between those living in the community and Louisville Vegan Jerky Company on what each can expect from the others.

"We hear them and we hope that we're giving sufficient answers that there will not be odor, there will not be any noise whatsoever, and we're working on understanding and really examining what the traffic will be," Chase said.