Some patients are finding a surprise charge on the bill to cover the cost of PPE at their dentist's office. 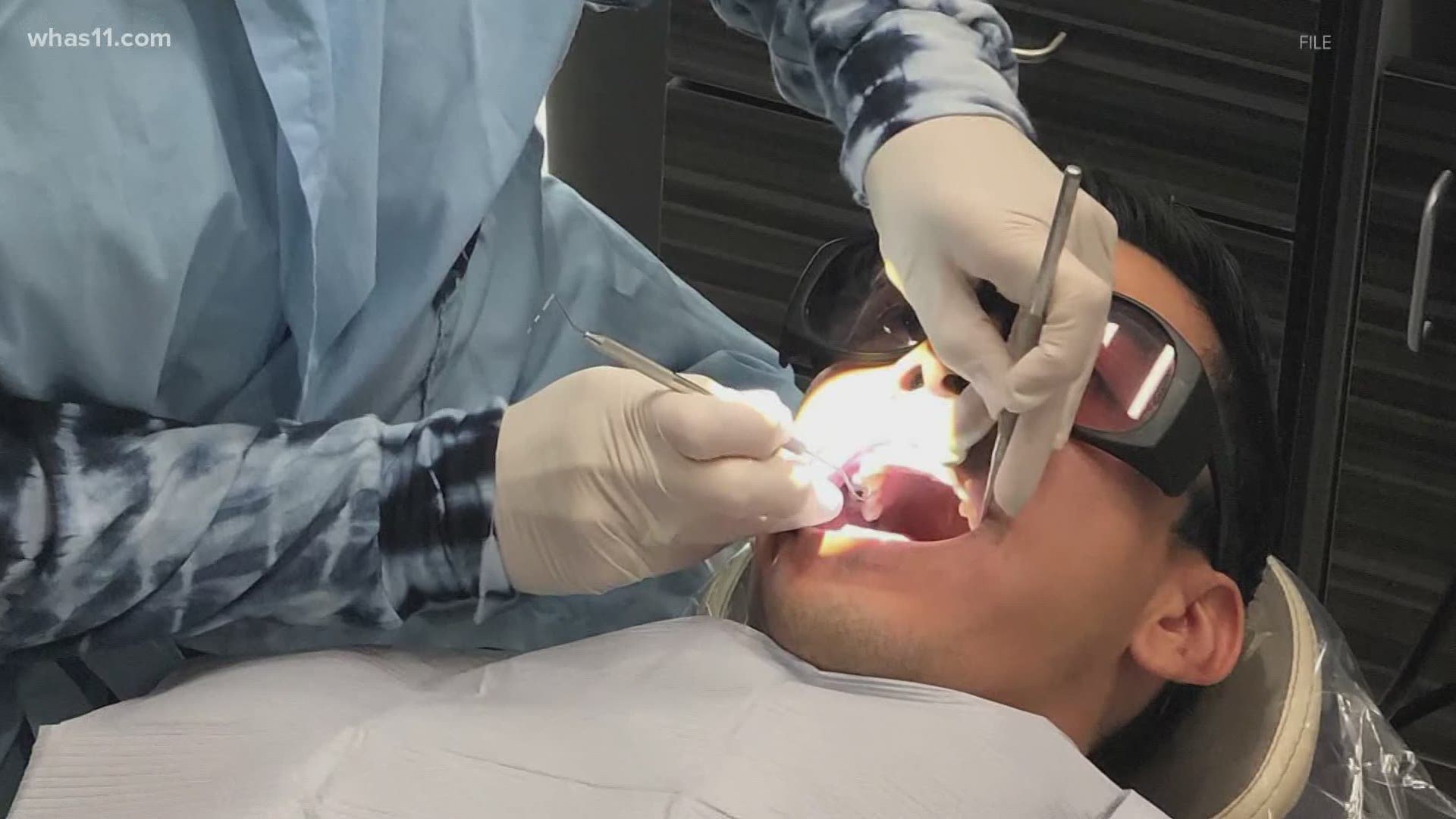 LOUISVILLE, Ky. — Going to the doctor or dentist is bound to be different these days because of the pandemic. There are COVID-19 safety measures in place and all employees have to be equipped with PPE to protect themselves and patients.

Some patients are finding a surprise charge on the bill to cover the cost of PPE at their dentist's office.

In July, Caitlin Golden went to the dentist for a routine cleaning, she'd been going to that office since she was young. "I love my dentist," said Golden.

This time there were differences.

"I bring my own mask, they do everything else. I mean they didn't tell me anything about a COVID charge," Golden said.

A month later she checked her insurance claim.

She didn't know what it was for because she is used to her insurance paying the full cost and she waited for the bill to come.

When it did, it showed a PPE code.

"I assumed it was for COVID because of everything going on, I was shocked because I didn't think that companies were making you pay for it, I thought it was something they were taking on their own because everybody's struggling right now," Golden said.

When she called her insurance, they told her some companies were taking on the costs and others were not.

We reached out to six different dentists in Jefferson County, three said they were charging patients for PPE, the other half said they weren't.

The three that said they are charging patients told me about 50% of insurance companies are incurring the cost.

"I think that maybe it should be written off if your insurance doesn't cover for it because we're in a pandemic," Golden said.

Every dentist's office WHAS11 spoke with said the same thing. PPE has skyrocketed, they're being price gouged due to increased demand and nearly everything is on back-order.

"I know PPE has skyrocketed, but I didn't think patients had to pay for things like that," Golden said.

Golden said her dentist has since waived the fee, but there are no guarantees whether that will happen again, which makes it hard since her husband often has to go to the dentist.

"Yeah, I felt safe, I just didn't know I'd be paying ten dollars for the safe," Golden said.

It's leaving patients like Golden with a dilemma, start budgeting for the costs, or go to a dentist that doesn't charge their patients.