Churchill Downs announced this week it would be selling general admission tickets for the infield only for this year's Kentucky Oaks and Kentucky Derby. 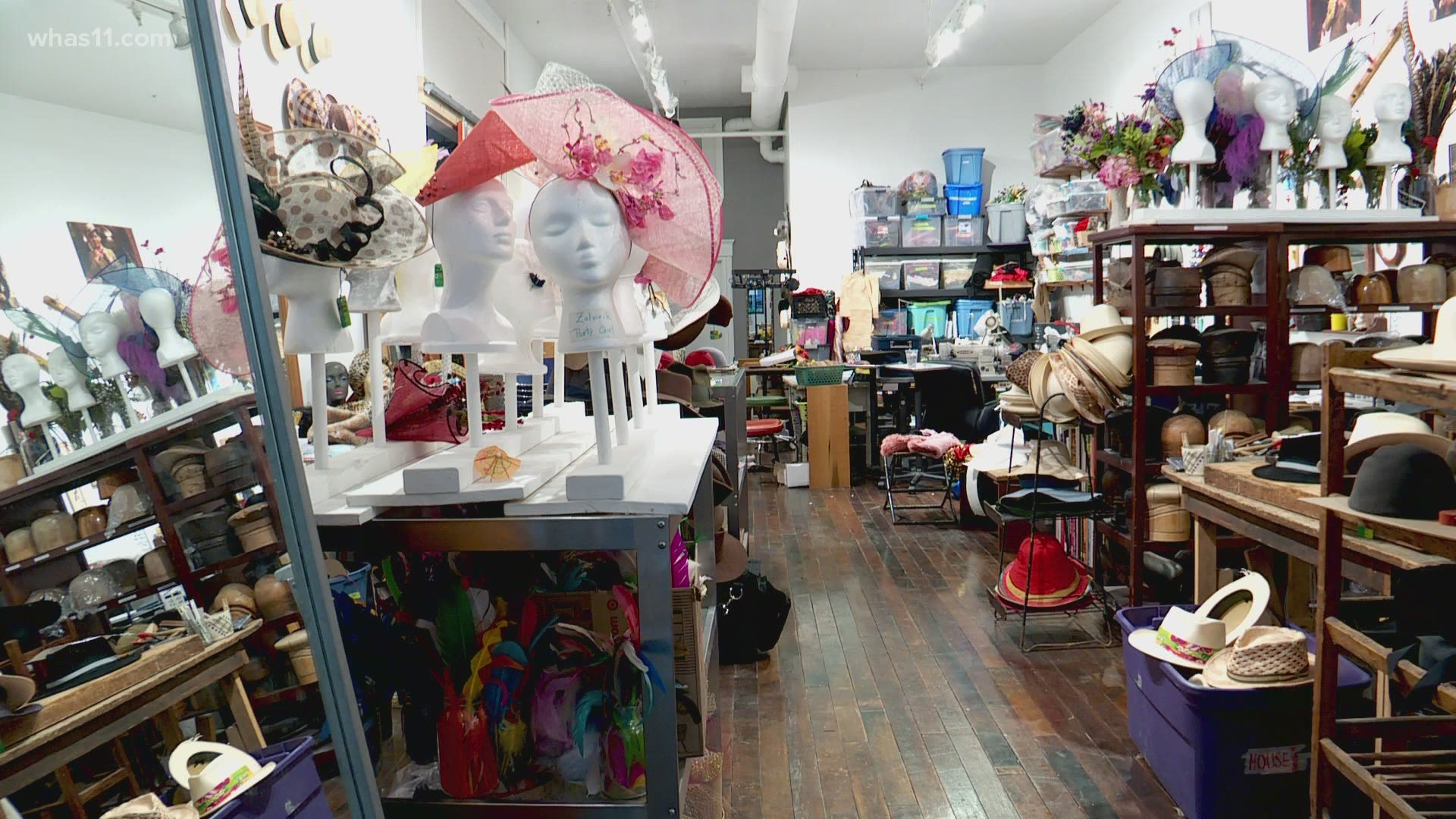 LOUISVILLE, Ky. — As Churchill Downs releases a new batch of tickets for sale Wednesday, several businesses are hoping to see a small boost as they get closer to the Kentucky Derby.

Churchill Downs announced this week it would be selling general admission tickets for the infield only for this year's Kentucky Oaks and Kentucky Derby, citing decreasing coronavirus cases and the continuing rollout of the COVID-19 vaccines. Churchill Downs is making around 15,000 infield tickets available, which is around 30% of the infield capacity. Reserved seating is still limited to around 40% of 50% capacity, and certain private areas will be limited up to 60% in line with local and state health guidelines.

"My hat shop depends a lot on tourists who are coming in the week of Derby," Olivia Griffin, a milliner and the owner of The Mysterious Rack on Fourth Street, said. "That really opens it up to a wider selection of the population. Hopefully that means we'll have more tourism. Any amount of business, I will be grateful for. Anything is better than nothing."

"Needless to say, I was very excited to find out they were going to admit fans this year," Eric Talbott, the owner of Talbott Fashions in the Galt House, said.

Talbott said he has already seen some increased traffic as tourism starts to return to downtown Louisville. He said he is seeing a lot more guests in the Galt House, which has been spurred by the return of conventions and leisure travel.

Talbott opened a second location shortly before the pandemic and shutdown first hit and had to close it earlier this year. He said around 90 percent of his sales around this time of year come from the Derby traffic.

"My hats, I'll probably sell for a typical Derby maybe 65 to 80 hats within two weeks," he said. "I always look on the bright side, on the sunny side of things so to speak, so I'm looking forward to business being back like I've always know it to be, and that's great."

Talbott said he is returning to his normal hours of 12 p.m. to 7 p.m. Monday through Saturday as he anticipates more traffic over the coming weeks.

Griffin said she has not seen any extra business thus far, but acknowledges her busiest time of the year is usually the two weeks leading up to the Kentucky Derby, with the Thursday before the Run for the Roses consistently her busiest day. But after last year, she said she doesn't know what to expect.

"I'm not going to put all my eggs in this Derby basket and depend on it," she said. "I'm starting to redesign how my business operates so that I'm not so dependent on Derby just in case something like this happens again."