Echilann Images is a Black-owned photography and media company based in Louisville, Kentucky, that was founded in 2016. 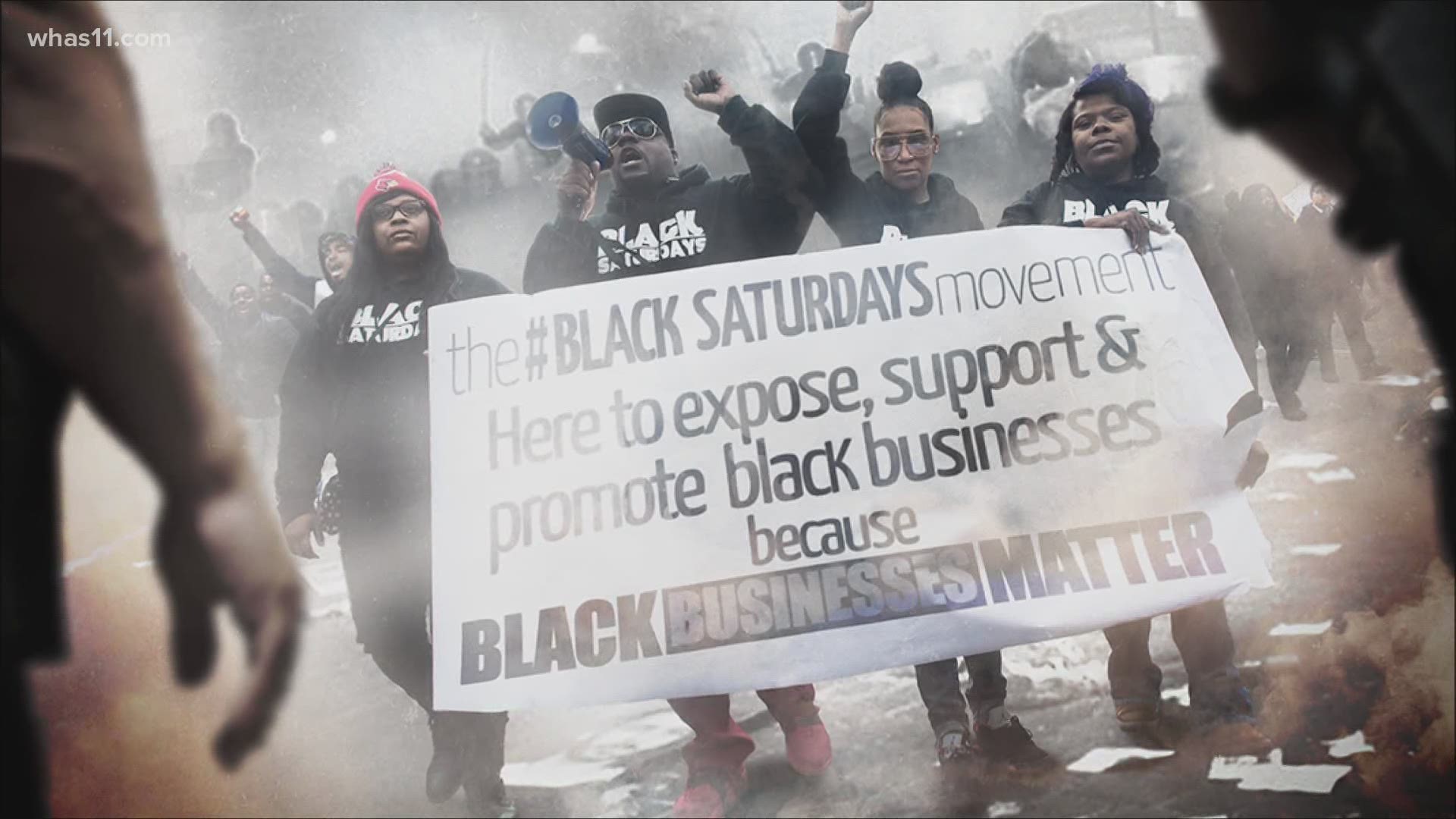 LOUISVILLE, Ky. — Every day this week, WHAS11 will be profiling a different local black-owned business in honor of 502 Black Business Week.

On Monday, we introduce you to Echilann Images, a photography and media company based in Louisville, Kentucky, that was founded in 2016 by Milann and Michelle Miles. Michelle is the company manager and Miles works on the creative side as a photographer and graphic designer.

They work alongside Daystanya Wright, who serves as the Senior Client Coordinator for Echilann Images.

Michelle: We are a creative concept photography company. So for instance, if you wanted to take a picture in New York but you don't want to travel, then we can create that picture for you.

Milann: We do a wide plethora of photography, all the conventional forms, whether it's regular in-studio portraiture for headshots, weddings, a number of things that we started off doing, but we slowly over time noticed our clientele gravitated toward the composite, and as my wife explained, a lot of times they came to us with ideas but they didn't know how to properly execute it. So we put our heads together and we figured out we can put them pretty much in whatever scene, whatever background, and basically just put out whatever epic ideas our clientele had. So we just made things happen.

Daystanya: And then we like to take it a little step further. We also like to assist with branding. So if you have ideas or concepts that surround any type of marketing, be it business cards or mugs, buttons, banners, backdrops, anything like that, we're able to do it. And along the lines of photography, we're also able to take pictures and kind of blend them together. We had a customer who had grandparents who had never taken photos together and they had a picture of their grandfather in a group photo and their grandmother in a group photo. We were able to take their grandparents out of those photos and put them together so they could have that photo.

WHAS11: How did this idea come about?

Michelle: So what happened is my husband used to do some work doing album covers and so I thought he was really good at it. He's self-taught. So one Christmas, I bought him a camera, told him I believed in him and let's go for it. So this is where we're at.

WHAS11: How did you come up with the name Echilann (pronounced "echelon")

Milann: It's real simple. Michelle and Milann - we just toyed around with it - Michelle, Milann, Chelle, Lann. We just put it together and we figured the name speaks for itself. We try to always be upper echelon and that's what we serve and give our clients on every project.

WHAS11: You just moved into this new space (on Goldsmith Lane). How much of a game-changer is this space going to be?

Daystanya: This is a game-changer because we're giving them the professional aspect. We have the photography game, the concept game, we have that part on lock. But now we actually have a home to do it in. I think this more or less makes people of all age ranges feel comfortable being in our space allowing their dreams to come true.

WHAS11: What is your vision? Where do you hope to see yourselves in the next four years, in the next 14 years?

Milann: Well besides what Ms. Wright had said, we do want to go international with this. We're always going to be hometown-grown and we're going to represent our city no matter what but we want to take this thing we do and that we've been blessed to be able to accomplish, we want to be able to take it national and then international, hopefully snag some international brands, some household names and just take what we do to the next level. We just want to get better and better each client, each project that we work on.

Daystanya: Louisville is a melting pot and when we look at Louisville, we are a city where we're not short on photographers, especially a lot of black-owned photography companies. We have a lot of brothers and sisters in the game. Being a part of this is important because it helps us get our name out even more. I mean we're great at what we do. We are unapologetic about how wonderful and how amazing we are and the role we play in the photography concept industry. But this helps us get our name out there a little bit more.

Michelle: We have seen an increase in business because of this.

Milann: A lot of times because get so used to going to the same individuals that they don't know there are other people who can help execute their ideas. One of the people we spoke to said that they had an idea in mind a long time ago but had they known that we even existed, that they may have come to us and had it done exactly the way they had it in mind.

Daystanya: I think there's enough room for everybody out here. I think it's just important that we let our customers and our future customers know everything we have to offer and that photography companies can offer more than just being behind the lens. We can bring ideas to life as well.