‘$35,000 is huge for us’: Couple left begging for their own money years after accidental deposit into wrong account

Bank of America has refused for three years to return the couple's $35,000. They are now suing. 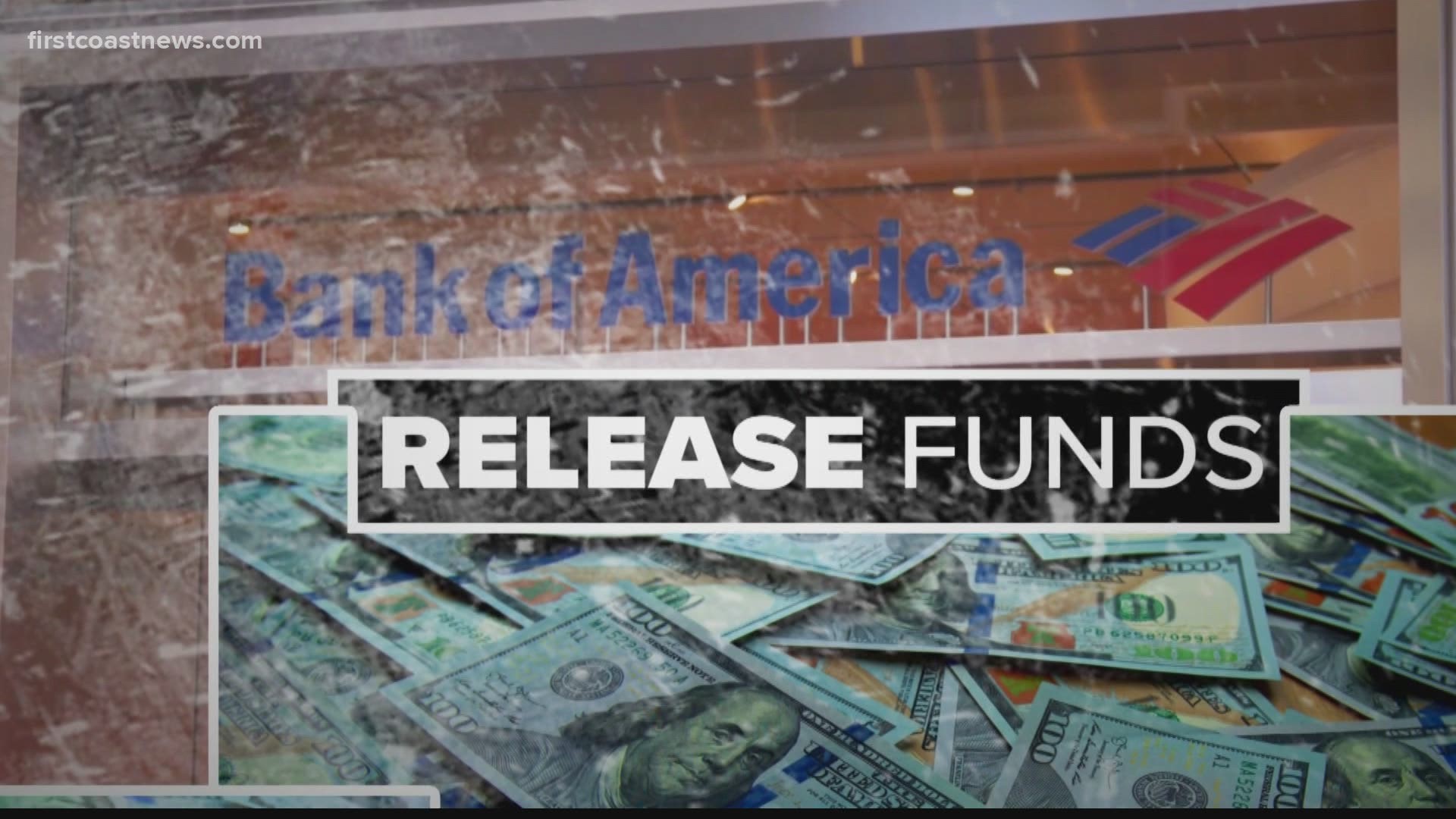 NOCATEE, Fla. — It's a law designed to keep Macaulay Culkin’s parents from picking his pockets.

The California law mandates that anyone hiring a child actor deposit 15% of their wages directly into a sealed trust account, known as a Coogan Account, which can’t be touched until the child turns 18.

For Jacob Broda, that amounted to 80 bucks. The 6-year-old is already retired from showbiz; his diaper-clad debut in a Simple Green commercial was a one-and-done.

“He was not a very well-behaved toddler,” mom Jessica Broda explains. “After this one job was done, we just called it quits.”

Soon after, the couple moved from California to Nocatee, and largely forgot about Jacob’s Coogan trust --- until June of 2018.

That month, the couple received a large refund for a regrettable purchase. Jessica Broda's husband David Broda purchased a used Lexus from a dealership in Cleveland, Ohio. It looked good on the outside, she says, but was a lemon inside.

“The whole undercarriage was rusted," says Jessica Broda. "The brakes were completely bald -- the car was a hot mess, basically."

Incredibly, the used car dealer let them return the car, and they got their money back.

Or so they thought.

While using the Bank of America app to deposit the check into the couple’s joint savings account, Jessica Broda tapped the option that said “regular savings” and finished the transaction.

Jessica Broda called Bank of America immediately -- and each day after -- trying to correct the mistake. She says bank officials told her not to worry. “They assured me that a check written to ‘David Broda’ for a returned car would not clear, because David Broda is not on this [Coogan Trust] account.”

So she waited. “And then the 14th day hit,” she recalls. “And the check cleared. And now it was in that trust.”

That was three years ago. Despite hours of effort, negotiation and even a civil lawsuit, the couple has been unable to get their money back.

“I think that Jessica and David have been jerked around,” says Nick Whitney, the Brodas’ attorney. He says the bank’s explanation of why it can’t return the money has changed over the years. Initially, it said the money couldn’t be moved out of the trust without a court order. (Jessica Broda explored that possibility, but balked when she learned it would cost her $7,000.)

Bank officials then agreed to return the money without a court order, but in a transaction the bank classified as a “payment” rather than a “transfer,” which could have required the Brodas to pay taxes on it. More recently, the money in the account simply vanished.

“The account has reflected at times a zero balance, at times a hold of the $35,000,” says Whitney. “And never any real answers about where that money is.”

“That's a little terrifying,” says Jessica Broda. “To see your money just gone. Now it's zero balance with a negative $35,000 for months now.”

David Broda says not having access to their money has been a constant source of financial stress. Both work as nurses and have two small children. Because they needed a car to replace the Cleveland Lexus, they had to dip into their emergency fund. They’ve also had to defer their student loans and cash in their 401Ks.

“It takes a long time to save up that money. And it was just taken from us. We had no access to it, no emergency fund,” David Broda says. “So there's just this weight on your shoulders.”

“You’ve got one of the largest banks in the country taking advantage of middle-class folks,” says Whitney. “$35,000 to them is a big deal and affects their day-to-day life. For Bank of America, it's pennies. So I can't read the mind of the jury, but I would expect them to be shocked and appalled that it's gone this far.”

The case is headed for a jury trial. In addition to their $35,000, the Brodas are seeking lost income and even punitive damages.

“At this point, it's not so much a question as to how Jessica and David can be made whole, which, which is a question for the jury. But the ultimate question would be, what can dissuade Bank of America from behaving in this fashion going forward? What will dissuade Bank of America from ignoring families like this and holding their money and making it disappear for years at a time?”

First Coast News reached out to bank officials several times via email and spoke to a corporate representative. They declined to comment. Bank lawyers have filed several motions seeking to dismiss the lawsuit on technical grounds but don’t challenge the basic facts of the case.

Two months ago, in fact, the bank filed a motion essentially conceding the couple’s point and seeking a court order to release the funds.

“As it does appear that Plaintiffs mistakenly deposited the check into the Coogin Trust Account and that the proceeds were not intended for the minor child, Jacob Broda, Bank of America submits that good cause has been shown, and requests that this court enter an order permitting Bank of America to release the $35,107.50 to the plaintiffs.”

That sounds like victory. But the Brodas’ attorney says it’s just a last-ditch effort to scuttle the case.

“That's their attempt to try to nullify the entire lawsuit by having the funds released, and then everyone goes their merry way in Bank of America's eyes,” says Whitney. “I don't think that reconciles or really resolves the frustration over the last three years."

The Brodas say they would have welcomed the offer three years ago. Even one year ago, Whitney offered to settle the matter in exchange for the return of the Brodas' money, plus two hours of legal fees. The bank refused.

Even if they get their money back, the Brodas say, the experience will have permanently cost them their faith in the system.

“After being customers with them for 20 years,” David Broda says, “we're now begging for our money back.”