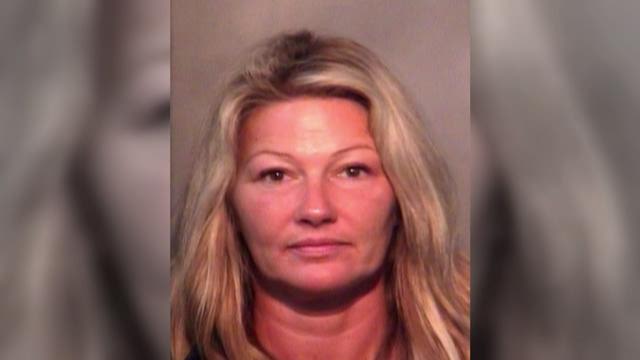 BARDSTOWN, Ky. (WHAS11) -- It was just three days after Sherry Ballard, family and friends gathered together for the two-year anniversary of Crystal Rogers's disappearance when Ballard learned someone had been taking and destroying signs seeking information about her daughter's mysterious disappearance.

"On July the 8th, someone had took a bunch of signs, broke them in half and threw them on the ground," she said. "Just to find out the signs are being taken out, it's very disrespectful to my daughter."

The Nelson County Sheriff's Office confirmed deputies arrested Crystal Maupin Friday for "unlawful taking." WHAS11 has seen surveillance video that appears to show a woman that Ballard says investigators identified as Maupin taking a sign placed outside the gas station and driving away.

"The sign that she actually took that we caught her taking is the 'Stand for the Ballards,'" Ballard said.

People close to the situation said Maupin is Brooks Houck's girlfriend. Houck once had a relationship with Rogers, and investigators have named him a suspect in her disappearance.

While the questions continue to haunt Ballard about her daughter's disappearance, she said she will not let this incident stop her search as she continues to wait and pray for answers.

"If they take them out, we're going to keep replacing them until we find her," she said. "I do believe one day all those prayers will be answered and we will find my daughter one day."

The Nelson County Sheriff's Office said Maupin bonded out Friday shortly after she was taken into custody.

According to Ballard, the gas station has replaced the damaged signs with three more.