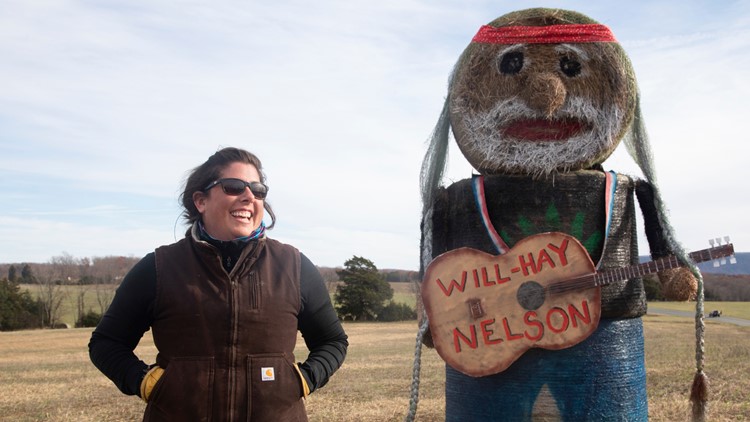 Photo by: AP
In this Tuesday, Dec. 3, 2019 photo, Huddleston native Beth Bays and artist of the hay bale sculpture Will-Hay Nelson poses for a portrait with her creation off of Tolers Ferry Road in Huddleston, Va. (Emily Elconin/The News & Advance via AP)

Huddleston native Beth Bays has been creating giant hay bale sculptures for the last eight years. She debuted the sculpture of Nelson in November and called it "Will-Hay Nelson."

Bays owns Buckscrape Farms and started making the hay sculptures as part of a hay bale decorating contest. The contest ended a few years ago but Bays continues to create new sculptures each year for the community. She says it may be hard to top this one.

RELATED: Parrot screams, 'Let me out!' Florida deputies respond to 911 call -- and everyone laughs