No matter how late you are, speeding in a school zone or trying to drive around a school bus could be a matter of life and death. 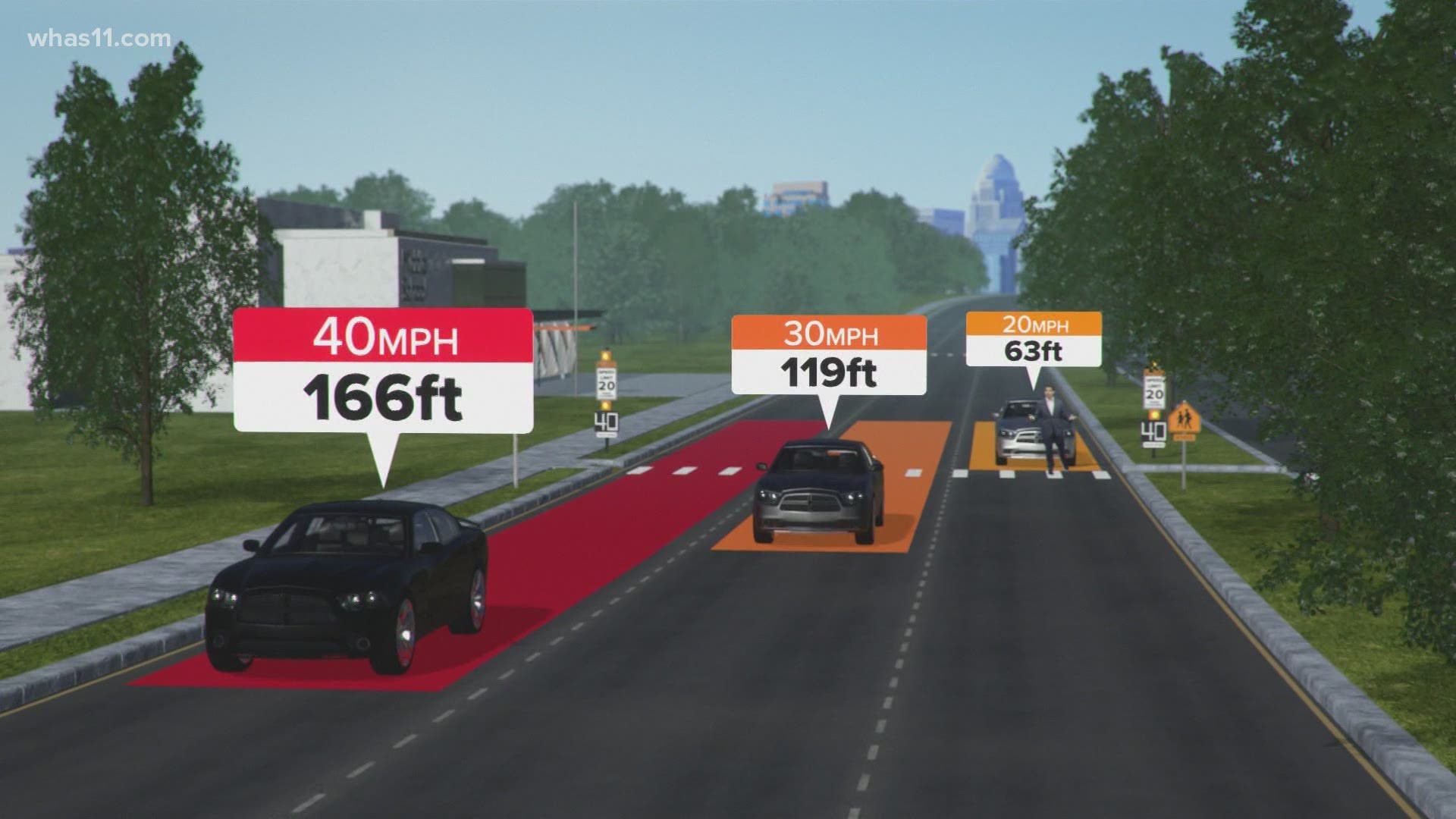 LOUISVILLE, Ky. — Last year, we all got a break from the school drop-off and pick-up rush. Even when students started to return, there were fewer of them due to virtual learning and NTI.

This school year will likely look a lot more normal, which means more traffic - and buses - on your morning commute. Following traffic and speed rules in a school zone could be a matter of life and death for students or school staff members.

Don't: Speed in a school zone

When you're driving, it takes you around 1.5 seconds to react when someone crosses your path. Your speed at that moment will decide how long it takes your car to stop.

Let's say you're going around 20 mph, a common speed limit for school zones. It will take you around 63 feet to come to a complete stop - if road conditions are good and you're paying attention.

Now let's say you're running late and bump that speed up to 30 mph. That speed increase may seem small, but it almost doubles the distance it takes to stop - it will take about 119 feet, about half the length of a football field.

If you're distracted or the roads are wet, those distances get even longer.

Do: Stop for school buses

If you are behind a bus with its stop arm out and red lights flashing, you must stop in Kentucky. That's the rule for anyone driving in any lane and in any direction on a road consisting of two to three lanes, including the turning lane.

If you are on a highway or road with a median or more than four lanes, you do not have to stop for a bus if you're driving in the opposite direction.

In Indiana, you must stop for a school bus no matter how many lanes of traffic there are, regardless of which direction you are headed.

If you get caught passing a stopped school bus, you could lose your licence, get jail time or have to pay a hefty fine. Those penalties get much worse if someone is hurt or killed.