She beat cancer. Now she's beating the boys behind the wheel. 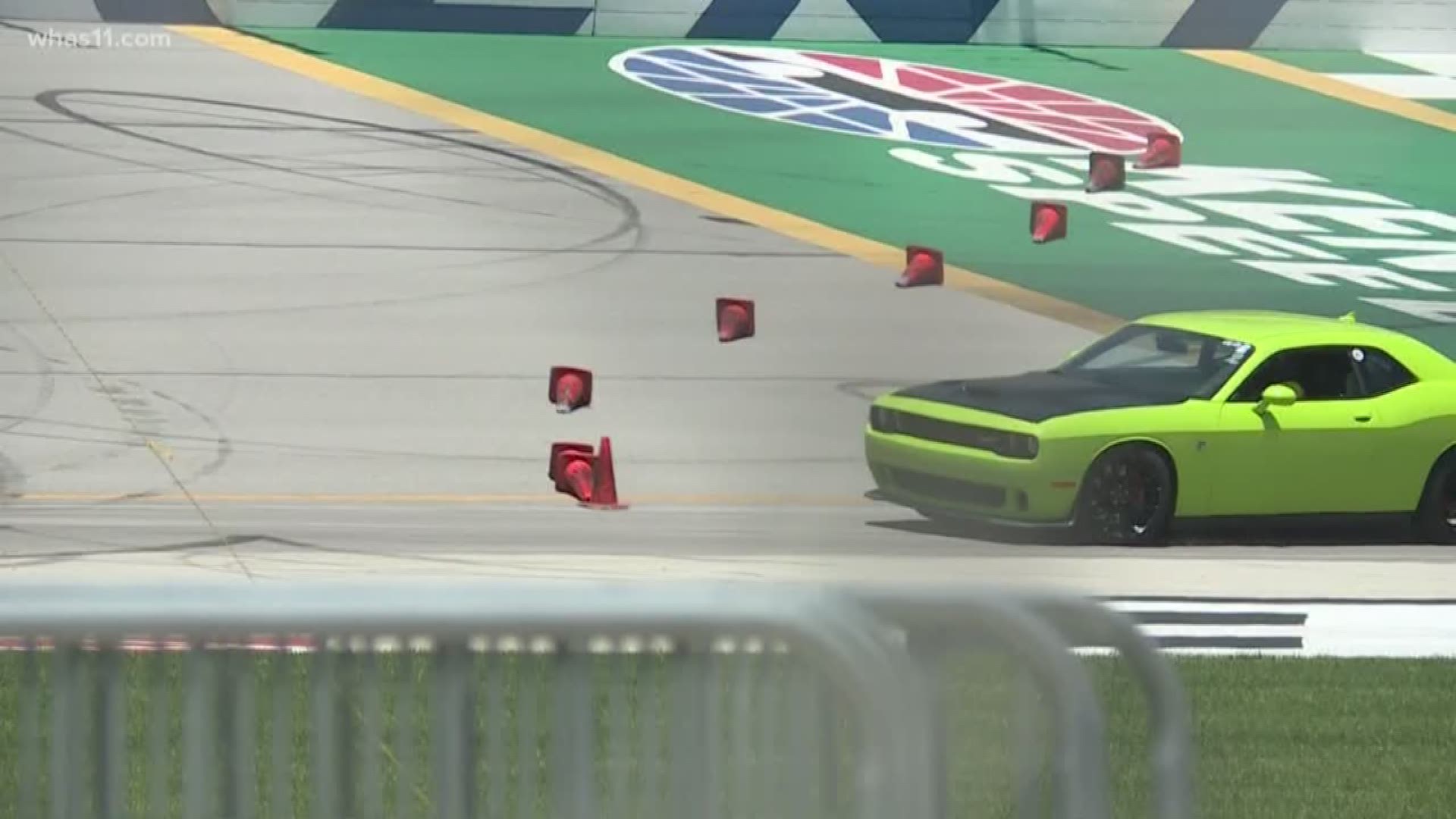 SPARTA, Ky. (WHAS11) -- It's hard to miss the lime green Dodge Hellcat as it zooms its way around the track at the Kentucky Speedway. But when its driver gets out, it's even harder to miss her - Sue Cerar.

Cerar isn't your average driver at the Hot Rod Power Tour, which stopped at Kentucky Speedway Tuesday - the tour visiting seven racetracks in seven days, bringing anywhere from 4,000 to 6,000 souped up cars to each stop. The majority of the hot rod drivers are young men, which makes Sue, who's in her early 60s, a little different from the pack.

"When they found out I was racing, they're like, 'Oh, you're a sleeper! We wouldn't expect anybody like you to be racing a car like that.'" she said. "I like beating the boys or get out and pull the helmet off and they go, 'Oh my gosh, that was a girl.' I'm like, 'Yeah!'"

Sue started racing competitively about four years earlier when she was in her late 50's, but her love for racing - and winning - goes back decades.

But compared to some of her other past challenges, competitive racing for Sue is a breeze.

"I'm a breast cancer survivor," she said. "I beat cancer so that Hellcat was my prize after that year of hell. So now I have a Hellcat to play with. And you only live once, right? Can't take it with you so might as well have fun."

Sue admits racing is more of a passion than a profession, but whether she tries to or not, she has become an ambassador for the sport - especially to other women drivers and young girls with aspirations of getting behind the wheel - and an inspiration to all.

"My message would be that you can do anything that you put your mind to and just need to go out and live life," she said.