Soshe was alive after spending nearly a week in the flooded house. 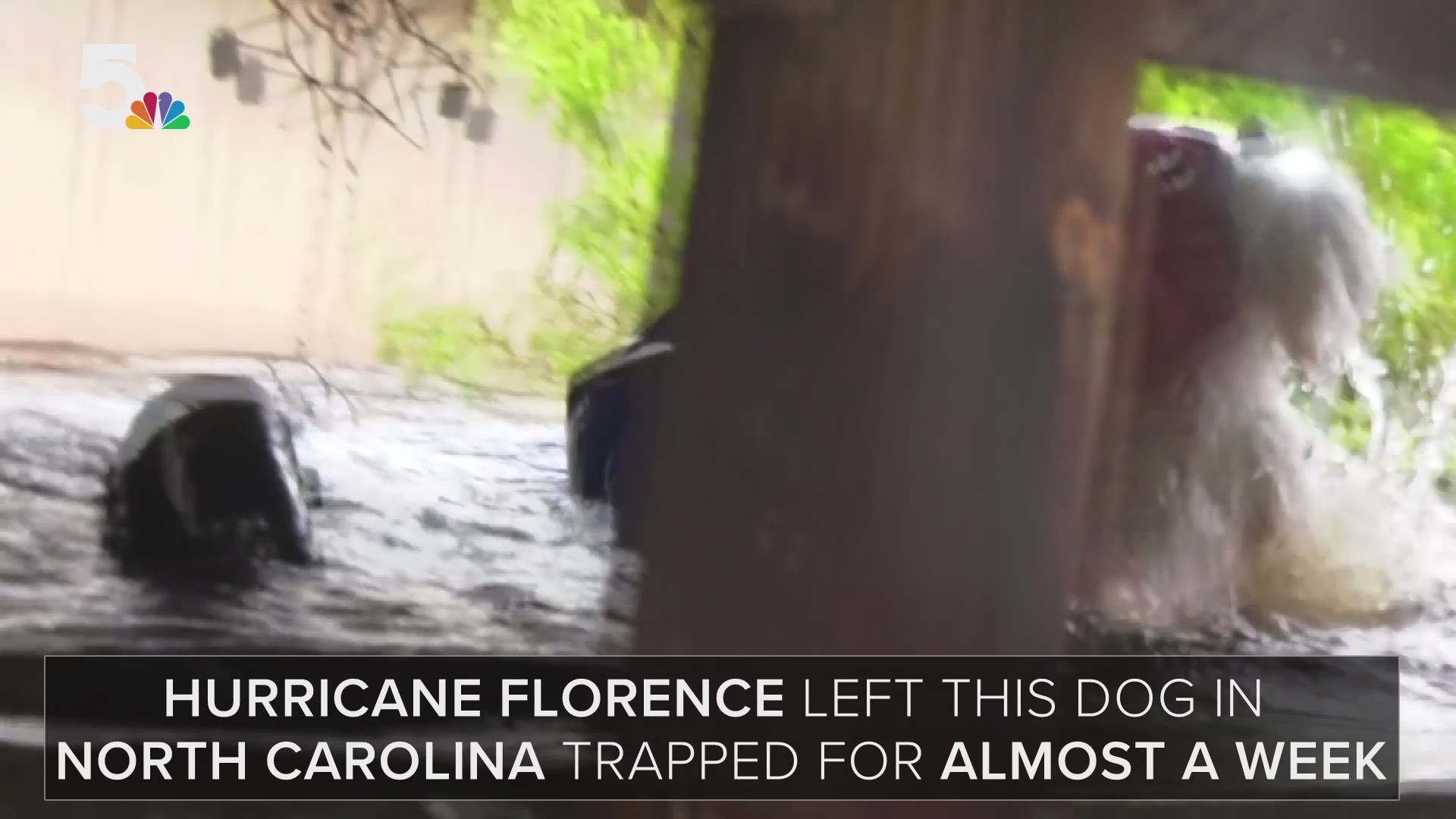 PENDER COUNTY, N.C. — A dog trapped in house submerged by Hurricane Florence will be reunited with its owner thanks to the heroic efforts of the Humane Society of Missouri.

The owner called rescue teams to say her small, white fluffy dog Soshe was stranded in her flooded home in Pender County, North Carolina. The woman had evacuated about a week ago and was now trapped in Wilmington, North Carolina with no way to get home to her dog.

“She was distraught that she couldn’t get to her house and knew that Soshe was inside,” said a woman who picked up Soshe and will reunite the dog with its owner.

READ MORE: Dog that was swimming for his life in floodwaters reunited with WCNC reporter

It took three trips by boat for the team to save the dog. In their first two tries, the floodwater was so deep, they could barely see the roofs of the homes. Identifying which house the dog was in was impossible.

But the team pressed on, even when the boat broke down on their third try. They paddled half a mile to the house, and luckily, the water had receded enough they could see which house they needed to search.

Rescuers said they could hear the dog barking as they pulled up to the house.

It took two of them to kick in a door. When they looked inside, they spotted the small dog sitting on a floating couch in the living room.

Soshe was alive after spending nearly a week in the flooded house.

The dog’s owner was moved to tears when she heard Soshe was safe.

Soshe was one of several dogs, chickens and horses rescued by HSMO’s Disaster Response Team following Hurricane Florence. The nine-member team headed back to Missouri Tuesday after a 10-day deployment.

Anyone interested in helping pets affected by Hurricane Florence can donate online here or by calling (314) 951-1542.