“He’s just so special. He has such a special personality. He really brightens your day,” Jasper Clarke said. 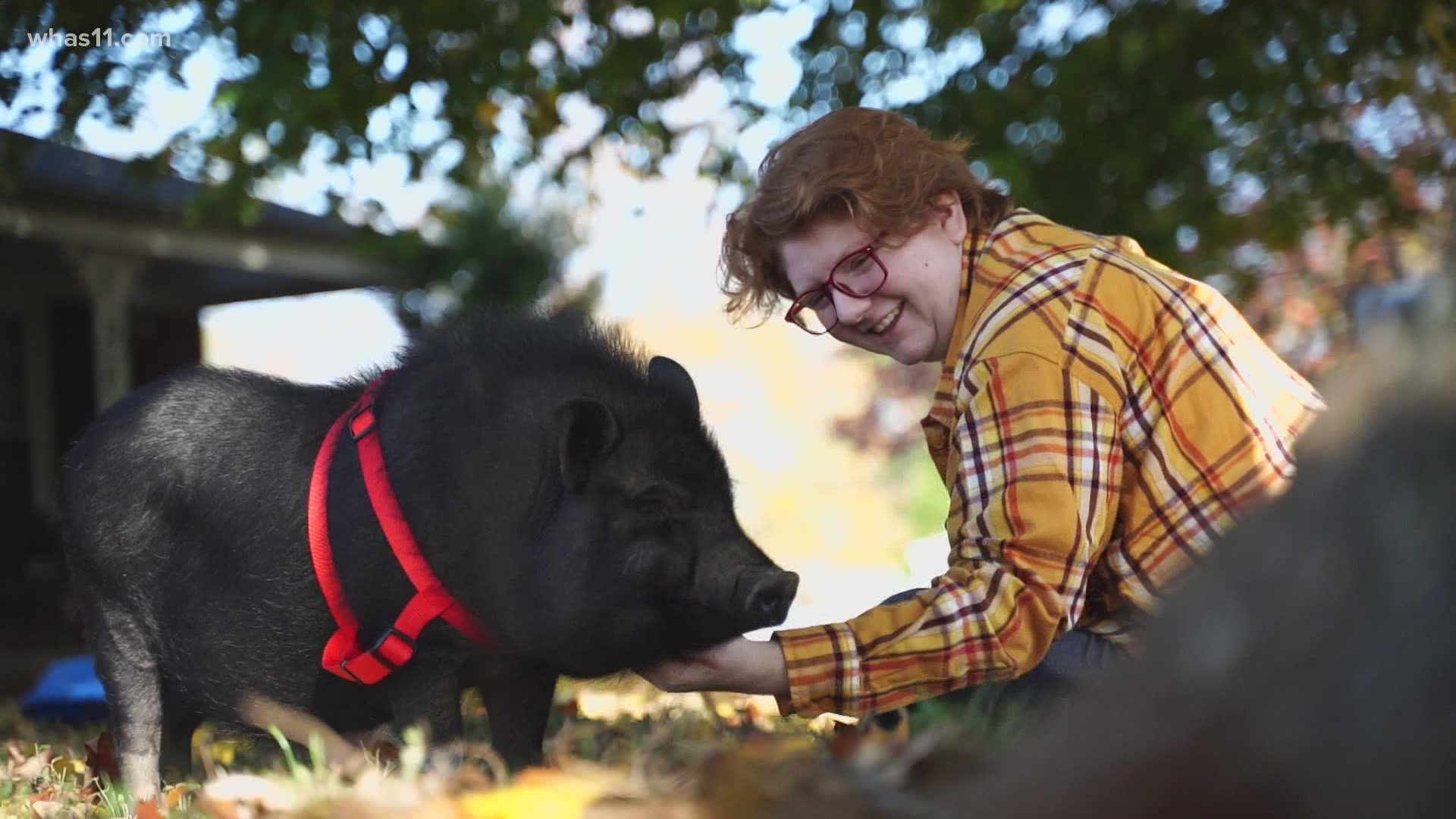 SHELBYVILLE, Ky. — Walter is far from an ordinary pig. He has become a bit of a celebrity in Shelbyville, earning the nickname 'Mr. Hollywood.'

“I thought he would just be another lazy animal laying around or playing around no he’s completely different from a dog or cat or anything else you could imagine,” said Jasper Clarke, Walter’s owner.

About a year and a half ago, Clarke saw a Facebook post that said Walter was for sale and knew he had to have him

“He’s just so special. He has such a special personality. He really brightens your day,” Clarke said.

The entire community has noticed Walter. People stop by for photos or to give him a snack – he likes bananas.

“Those big ol brown eyes and those big ol chubby cheeks and he’ll just flop over on his side and ask for belly rubs,” Clarke said.

Like any sassy star, Walter leaves on his own terms to get out of the spotlight, kick back and relax.

“He loves sitting inside on the couch. He’ll sit in between your legs or with his head on your lap. And he’ll just sit there and sometimes look at the TV like he’s watching it,” Clarke said. “He just absolutely loves to cuddle. He’s a big cuddler, and he’s just so big it’s like oh my goodness Walter you’re smothering me.”

Jasper said he feels “so lucky to have such a special little critter."

RELATED: 'What I do makes people happy' | Louisville artist draws home portraits for his community