“It brings joy. It brings happiness. It brings something to look forward to, perhaps,” Deborah Henderson, a resident of Franklin Commons, said. 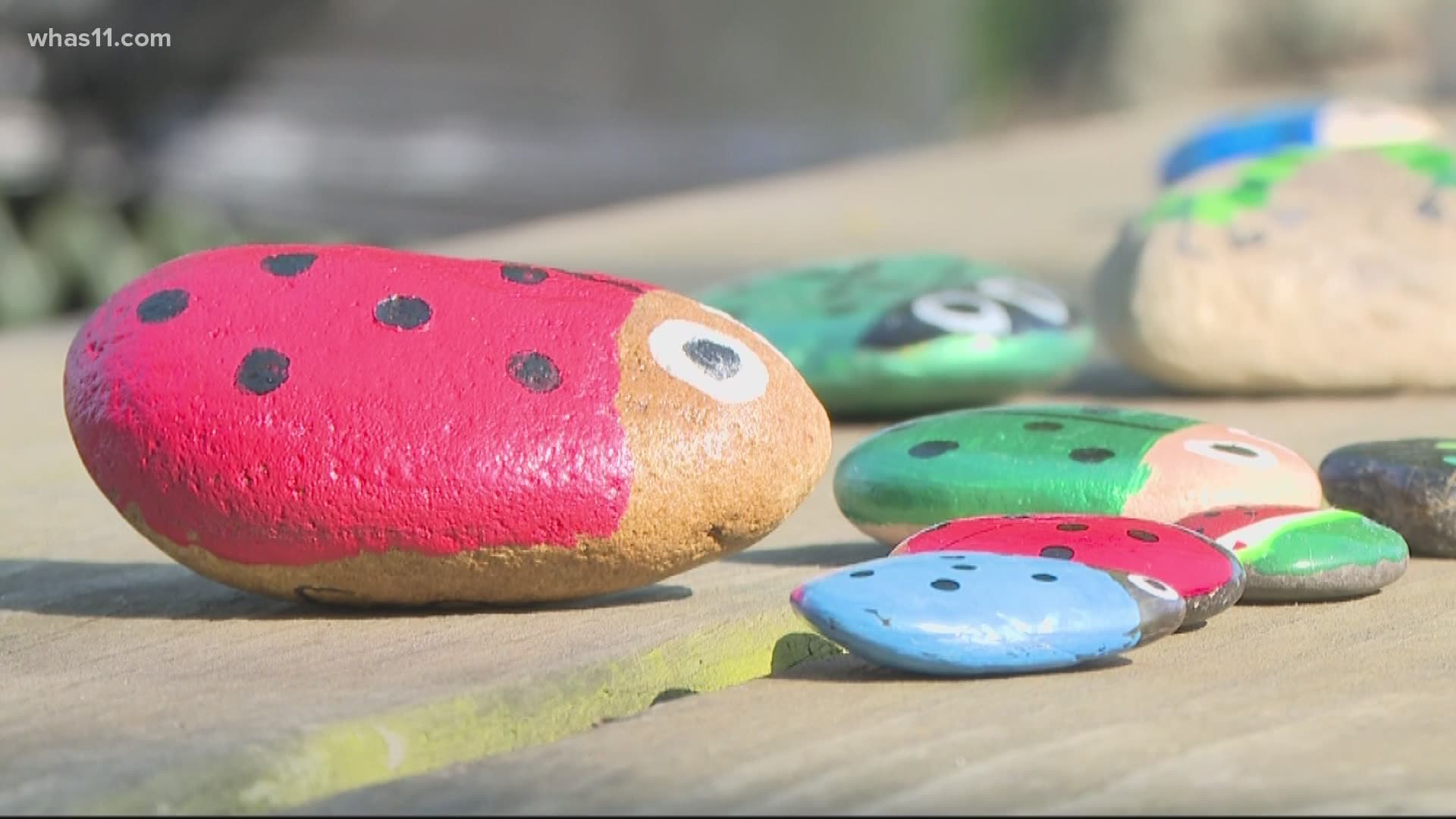 JEFFERSONVILLE, Ind. — Once the COVID-19 pandemic reached southern Indiana, many people were faced with spending more time at home and away from loved ones. To help make quarantine a little less lonely, someone in the Port Fulton neighborhood of Jeffersonville has been leaving tiny gifts for their neighbors.

“It brings joy. It brings happiness. It brings something to look forward to, perhaps,” Deborah Henderson, a resident of Franklin Commons, said.

Small rocks, painted to look like ladybugs, began appearing throughout the neighborhood. While the mysterious gift-giver’s identity is a secret, neighbors call them the “Ladybug Fairy.”

“One little ladybug, not sure which one, appeared on someone’s doorstep,” Mary Pardon, the Ladybug Fairy’s liaison, said. “And it just became like a ladybug infestation.”

Over the past few months, hundreds of the rocks have been delivered. Many are painted as ladybugs and others are butterflies, hearts and different designs. Each one is a delightful surprise.

“My favorite thing is getting online in the morning, or in the afternoon, and reading everyone’s happiness or expression about how happy they were and why they had a bad day. And they came out and they saw that, and it just made all the difference,” Pardon said.

What may seem like a small gesture, lifted the spirits of the community when they needed it most.

“It really brightens people’s day and brings joy and makes a difference. And so, I’m really thankful for the Ladybug Fairy,” Jane Applegate, a Port Fulton neighbor, said.

Thank you, Jane, for sharing this story with us on Nextdoor.