He used drone technology to map his house in 3D and build the light show. 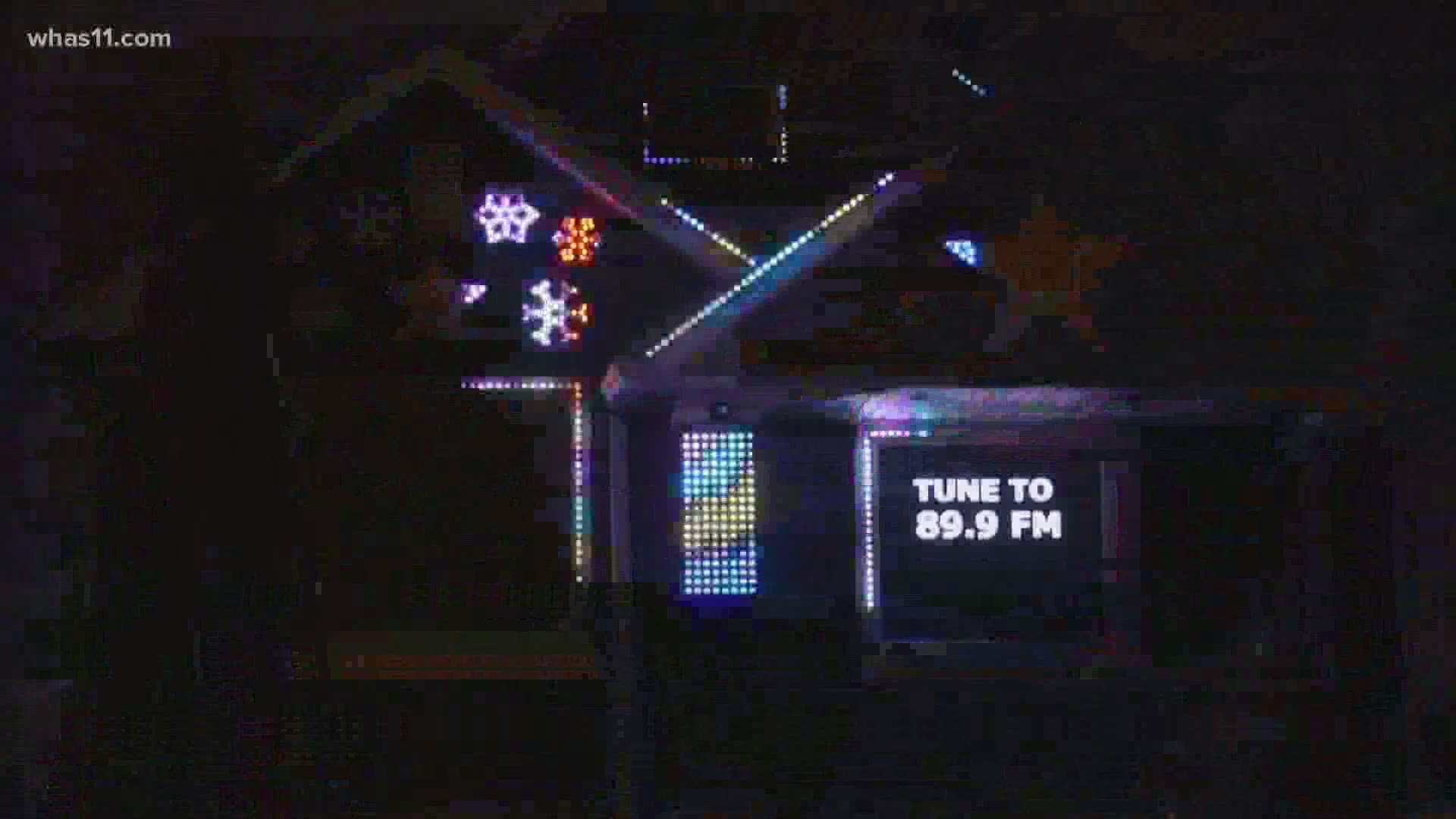 LOUISVILLE, Ky. — Garrett Crabtree knows a lot about lights. He was one of the co-creators of the Holiday Laser Dome at Louisville's Waterfront Park in 2018. He's also a DJ and lighting professional, but during the coronavirus pandemic, he hasn't been able to work.

"The nightclub scene and the restaurant, bar scene has sort of been shut down since March. So, I've been pretty much out of work," Crabtree said.

With plenty of time and LED lights, Crabtree decided to work on the holiday light display he has always wanted put up at his home in the Shelby Park neighborhood.

"I also wanted to do something for free, for the neighborhood, and for the community, because I know that everybody's kind of struggling right now. And there's a lot of people out of work," Crabtree said.

His home display consists of 5,000 LED lights -- each one placed individually. He used drone technology to map his house in 3D and build the light show.

Crabtree said his neighbors have been very supportive of his holiday light show and stop by to watch it on the weekends.

The shows last about 10 minutes and every Friday and Saturday evening, with plans to run every night closer to Christmas.

To find more houses in the area with holiday lights and decorations, you can use the Cheer Map in the Nextdoor app.