Kindness of strangers: How an 8-year-old Indiana boy is helping the homeless in his community

Wyatt Blum saw a problem and created a solution. Now every time he rides by an overpass, he can see it in action. 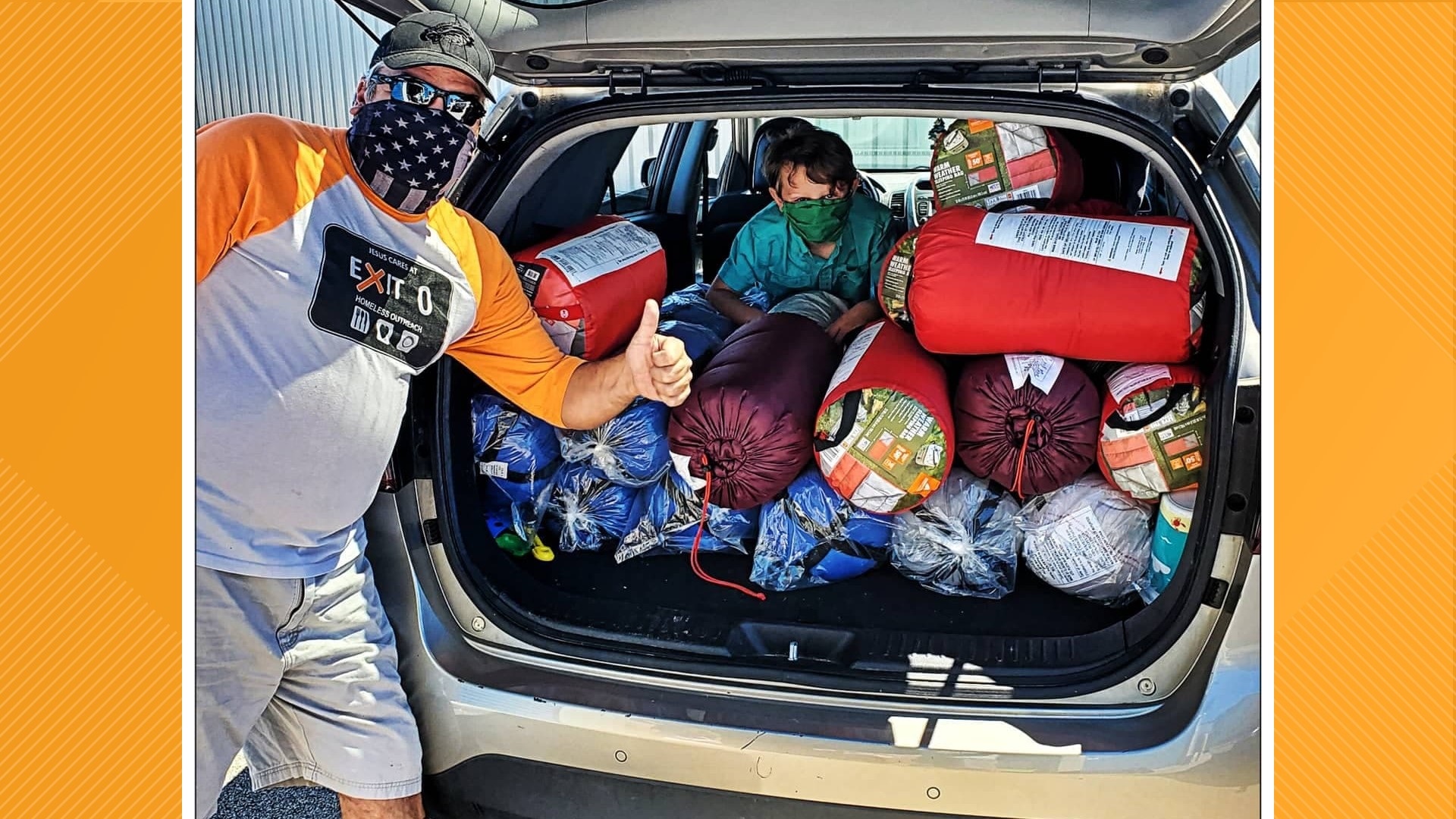 CLARKSVILLE, Ind. — The joy of a playground is what sometimes fills your heart at 8-years-old.

Meet Wyatt Blum, who is eight going on 18. That's because his feelings go much deeper than you're typical 3rd grader and he has an adult like response to a community issue.

“We ride our bikes on the bike path here in Clarksville and he noticed some things in overpasses and such and started asking things about people who don’t have homes,” Wyatt’s father Michael Blum said.

Blum started to answer these questions for his son, but his answers weren’t good enough for the 8-year-old.

“I just don’t want them to sleep on hard concrete the whole night. They might be hurting and it might hurt their heart,” Wyatt told his father.

Blum said his son had decided that wasn’t really fair and that somebody should do something about that.

Father and son broker a deal. Blum would give his son five dollars for every one Wyatt would spend.

“He said he’ll help me by giving me five dollars so I can buy some sleeping bags for some homeless people,” Wyatt said.

And like a real adult, Wyatt took on a new business venture. Blum said Wyatt had to give himself a goal, his goal was 10 sleeping bags, which he quickly surpassed.

“He wrote up a business letter, his best attempt, and drove around to all the retailers here in Clarksville that sell sleeping bags, and spoke with the manager himself, and handed his letter and collected some donations that way,” Blum said.

“Before we knew it, the entire breezeway at our house was covered in sleeping bags,” Blum said.

“When I sent them off the first time, I had at least like 27 sleeping bags,” an excited Wyatt said.

"For a child to reach out to dad saying ‘hey I want to do this for my birthday’, it’s overwhelming,” said Paul Stensrud, the director of Exit 0 Homeless Outreach.

Exit 0 has helped this determined young man take his vision and make it a reality.

“You know it’s really truly a blessing because this is kind of how we stay alive. The Sleeping bags are live savors because it keeps those body temperatures in, and keeps them alive during those cold temperatures,” Stensrud said.

This 8-year-old saw a problem and created his own solution. Now every time he rides by an overpass, he can see it in action.

"During times like this, it gives us hope,” Stensrud said.

If you want to purchase supplies and help Wyatt's cause click on Super Sleep.

We would like to thank Wyatt's grandmother Deborah Blum for telling WHAS11's Jessie Cohen about this story on Nextdoor.