If you've been dying to get your hands on that massive Dolly Parton puppet you saw strutting down Gay Street last week, you're in luck. 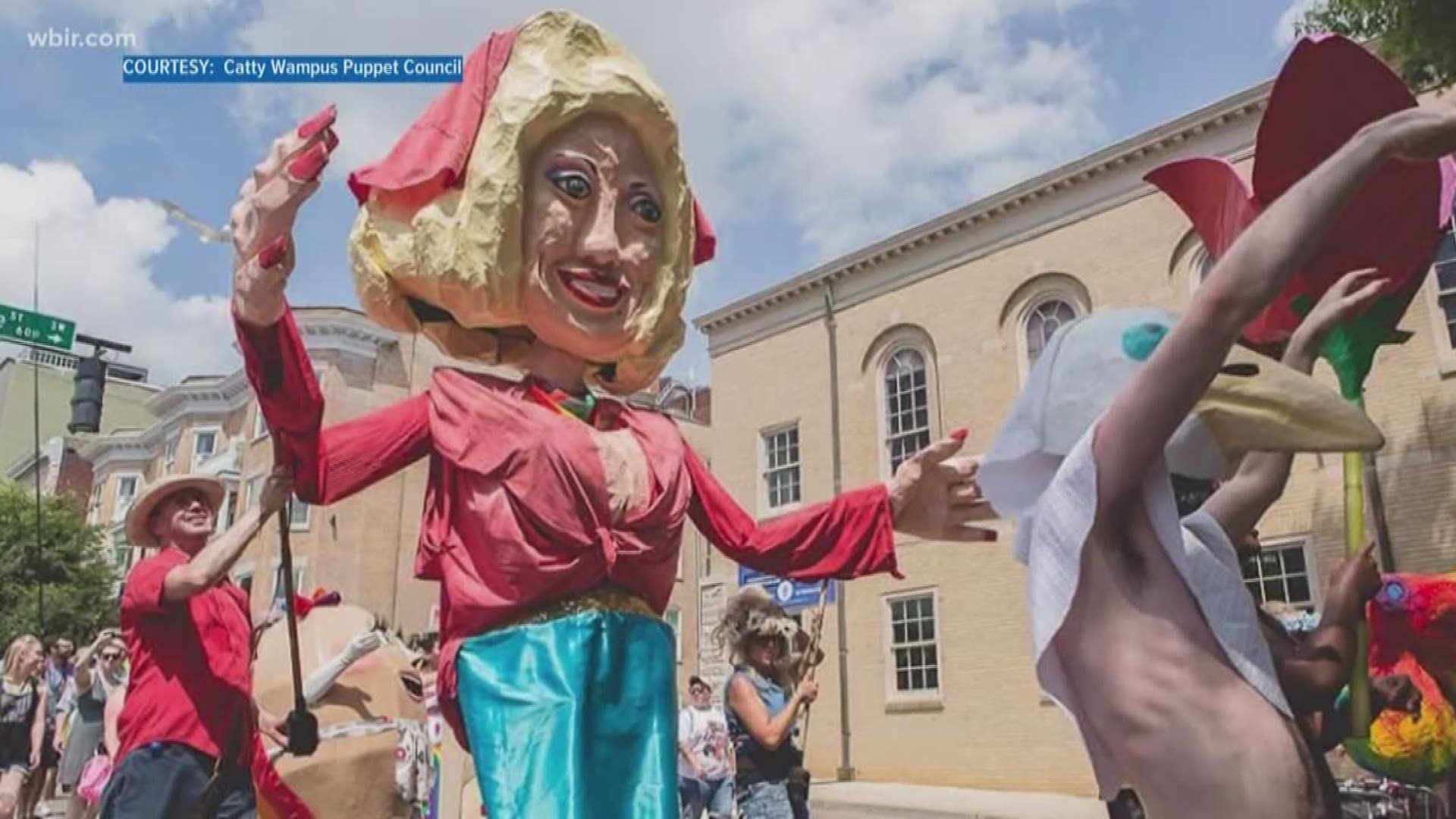 If you went to the Knox PrideFest Parade last weekend, you couldn't miss the massive Dolly Parton puppet that made its way down Gay Street.

Even if you didn't go to the parade, it likely popped up in your social media feed somewhere... unless you literally don't know anyone in Knoxville or "just don't do social media." And that's totally fine.

Either way, we're here to tell you all about it.

The posting says it's a "handmade item that has been well loved and well used for the past 4 years."

But in all seriousness, who cares how much it was used? I mean, look at it.

There are plenty of uses for the giant paper mache Parton. There are a few listed in the eBay description.

"This fun and interactive puppet could make a perfect addition to your office space, organization, gallery, school, museum or home! Make Big Dolly your group’s mascot!"

Who doesn't want Big Dolly to be their group's mascot?

Plus, you're helping a good cause. The posting said the puppet was designed and hand-constructed by Cattywampus Puppet Council, a Knoxville-based arts nonprofit, and all proceeds from this auction will benefit their community-based arts programming which primarily serves youth.

You'll need a big place to store it, though. It's 9.5 feet long, 54 inches wide, and 32 inches deep. It stands 12.5 feet tall when it's being worn and can fit sideways through a regular 36-inch door frame.

If you're willing to spend nearly $400 on the 70-pound work of art, you'll have to be prepared to spend another $200 for shipping. If you live in the area and can go pick it up, you're in luck! It's free to pick up.

So how does one wear this thing?

This posting said the puppet can be operated by one person, who wears the puppet on their back using a built-in backpack and operates the arms using attached broomsticks, or by three people, with one person operating each arm. The person inside can see through the yellow mesh fabric between Dolly’s skirt and blouse.