Why a Louisville mom decided to create her own kids show

Kennisha Fisher started "Learn With Miss Fish" to help fill the gap for kids who may not be getting much educational content out of the shows they watch. 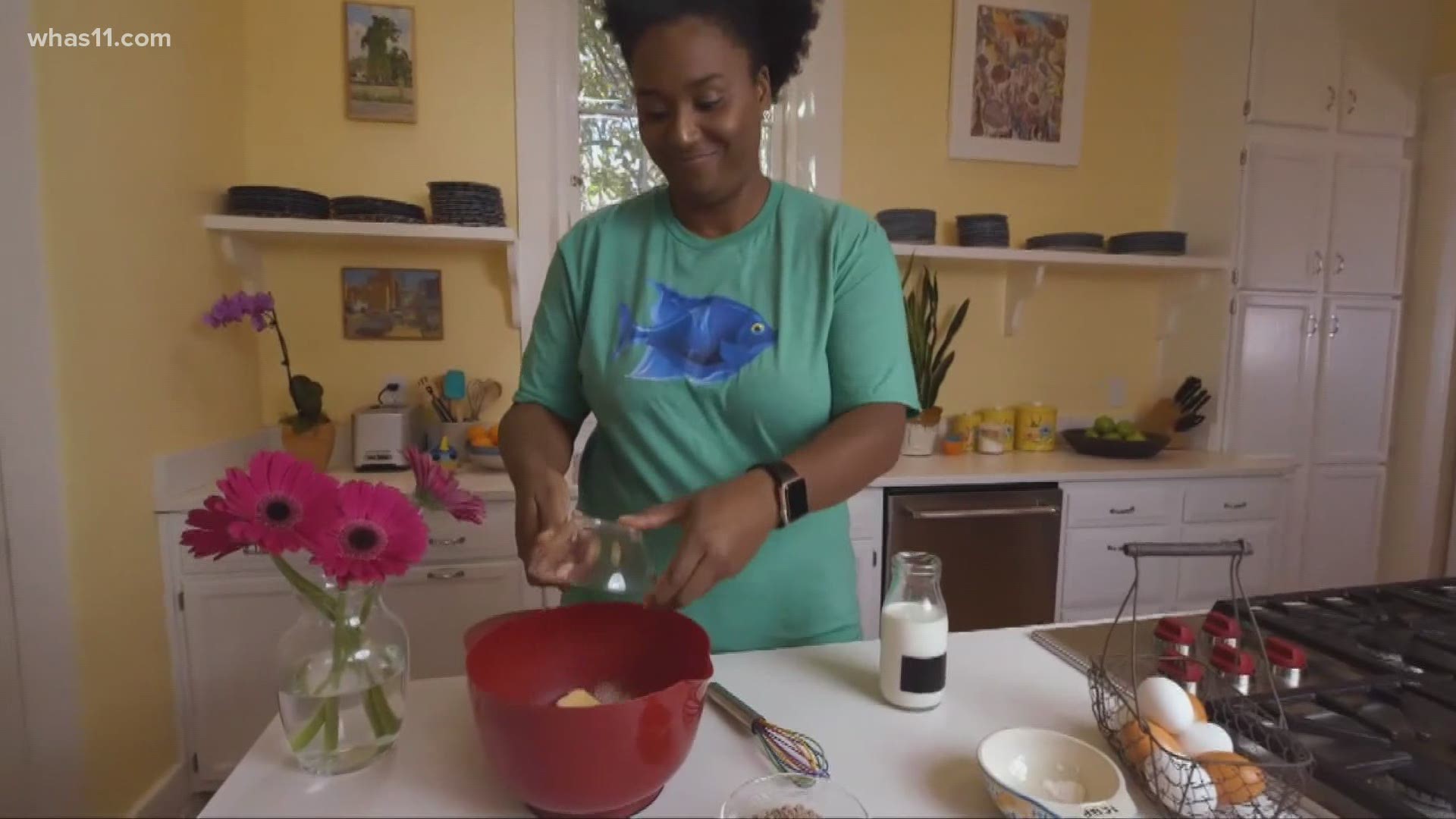 LOUISVILLE, Ky. — Kennisha Fisher is a mom to five teenage boys and calls her photography business her sixth child.

She’s also the star of a new show on Youtube called, Learn this with Miss Fish, geared toward toddler and pre-school aged kids who may not be getting a lot of educational content out of the shows they watch.

"It’s all big and busy and loud and repetitive, and almost watered down in the educational content. It’s fun, but where are the moments where kids have a moment to hear themselves think?" Fisher asked. "Kids are amazingly absorbent, but they also need a minute."

The first episode hit YouTube in December. You can follow Miss Fish through the process of making a cake, which lands her on a farm when she realizes she’s missing an ingredient: eggs.

Credit: Kennisha Fisher
Behind the scenes with Miss Fish and Farmer Val on the farm.

Fisher says when she watches children’s television, there’s another ingredient not often found in the mix: educators of color in the forefront.

"By and large, most people in the K-12 community agree it was later middle school, high school, sometimes college before a person of color was in charge of their education," Fisher said.

It’s her goal to break the stereotypes of what teachers look like, bringing in people like tattooed Farmer Val, while creating an inclusive environment.

"You’ll never hear me say parents in an episode. I always say, 'ask your grownups', because some kids live with their grandparents. Some with friends. Some are in foster care. It’s one less thing that alienates them where they’d say, 'this isn’t for me,'" Fisher said.

She’s working with a production company, with the goal of 6 episodes a season and asking parents and guardians to submit their own ideas for the show. She's focusing on the world of Braille in an upcoming episode.

Fisher says she's been humbled and surprised by all the feedback and hopes to continue producing thought-provoking content.

"I want to get to a point where we teach children what it means to say no," she said. "Why is my hair different? I want Miss Fish to wear her hair different every episode. Why are our skin colors different? What is politics and why do grownups talk about it? It's fulfilling. It's definitely more substance than filler," she said.