Bob Vollmer, the oldest state employee, works for the Indiana Department of Natural Resources. WHAS11 spent the day with Vollmer, the last of his career. 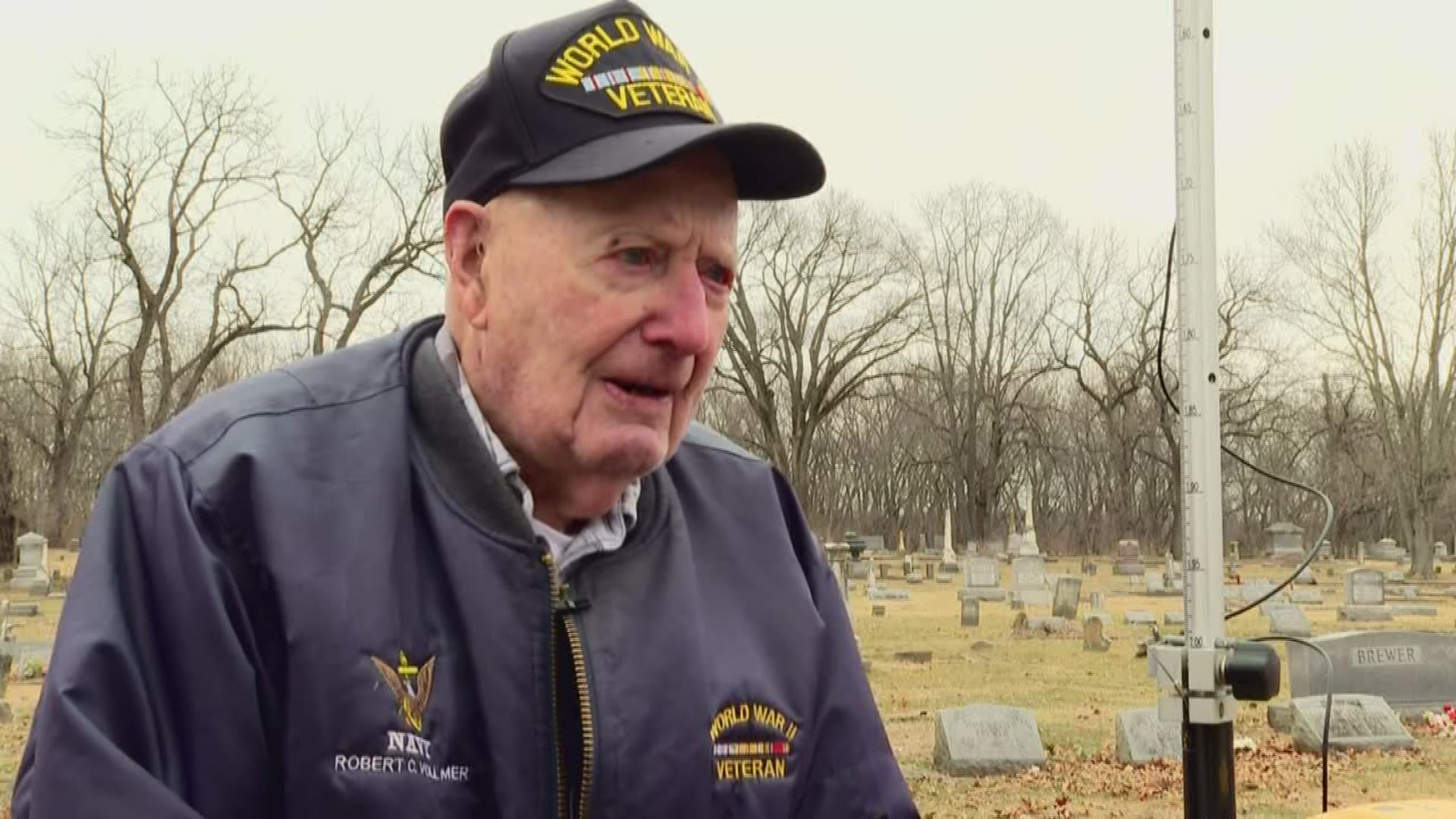 LOUISVILLE, Ky. — Indiana’s oldest state employee is calling it quits. Bob Vollmer, who works as a land surveyor for Indiana's Department of Natural Resources is retiring at the age of 102.

WHAS11's Abby Lutz tagged along with Vollmer for his final job with the Department of Natural Resources and found out what has kept him going all these years.

“We used to survey differently. The hard way. Measuring with tape measures and what not. That’s pretty much obsolete now,” Vollmer said.

The day-to-day operations of Vollmer's job have changed immensely in his tenure, but the passion for his job never waned.

“I hate to retire, but you gotta quit sometime,” said Vollmer. "I worked until I thought maybe I couldn’t justify the position. When you get to that point you say you better quit.”

According to Vollmer, he's only quitting because his body was telling him to.

“You’d think by now I’d be getting used to the cold, but you’d never get used to it I guess,” Vollmer said.

He’s earned the title of Indiana’s oldest employee working about 40 years past when most people retire.

“I’ve surveyed every county but two in Indiana," said Vollmer.“I’m not like a lot of people. You gotta remember I was raised during the depression, and you had to work.”

Vollmer is now retired as of February 6, 2020. Now that the 102-year-old is retired he will finally have time to do things he's always planned to do.

“I got a lot of things planned. I don’t know whether I’ll get to them or not. There’s always something to do. I don’t know what I’ll do first but I tell ya, I’ll be doing something," Vollmer said.

He says he might head back to his southern Indiana farm or back to the islands where he was when he served in World War II.

“Want to see if they look the same," Vollmer said.

Even with those trips planned, Vollmer will have more time for hobbies or maybe even pick up a new one.

“Do a little experimenting with photography. Might do that. As a matter of fact I already got that started," Vollmer said.

But for now, he’s wrapping up his final job in Clinton, Indiana.

On February 6, a date with more meaning than you might think.

“I had to choose a date. And the only date that come to my mind is February the 6. That’s when I got married in 1947,” Vollmer said.

Though his wife passed away years ago, that date made perfect sense for this chapter of his life to be ending.

“If it wasn’t for her, I wouldn’t have anything,” said Vollmer. "So I said 'well February the 6th that’s where it all started.'”

In his last day on the job, Vollmer imparted some wisdom on what has kept going for so long and a potential recipe for not only for his longevity, but also his success.

“You gotta learn all you can. That brain up there, that’s a very important part of your body, and it’ll hold more than most people realize,” Vollmer said.