Can your plants recover after a freeze? | Healthy At Home Gardening Blog

A late-season “frost” turned into a “freeze” and that has many of us gardeners frustrated and wondering where we went wrong. 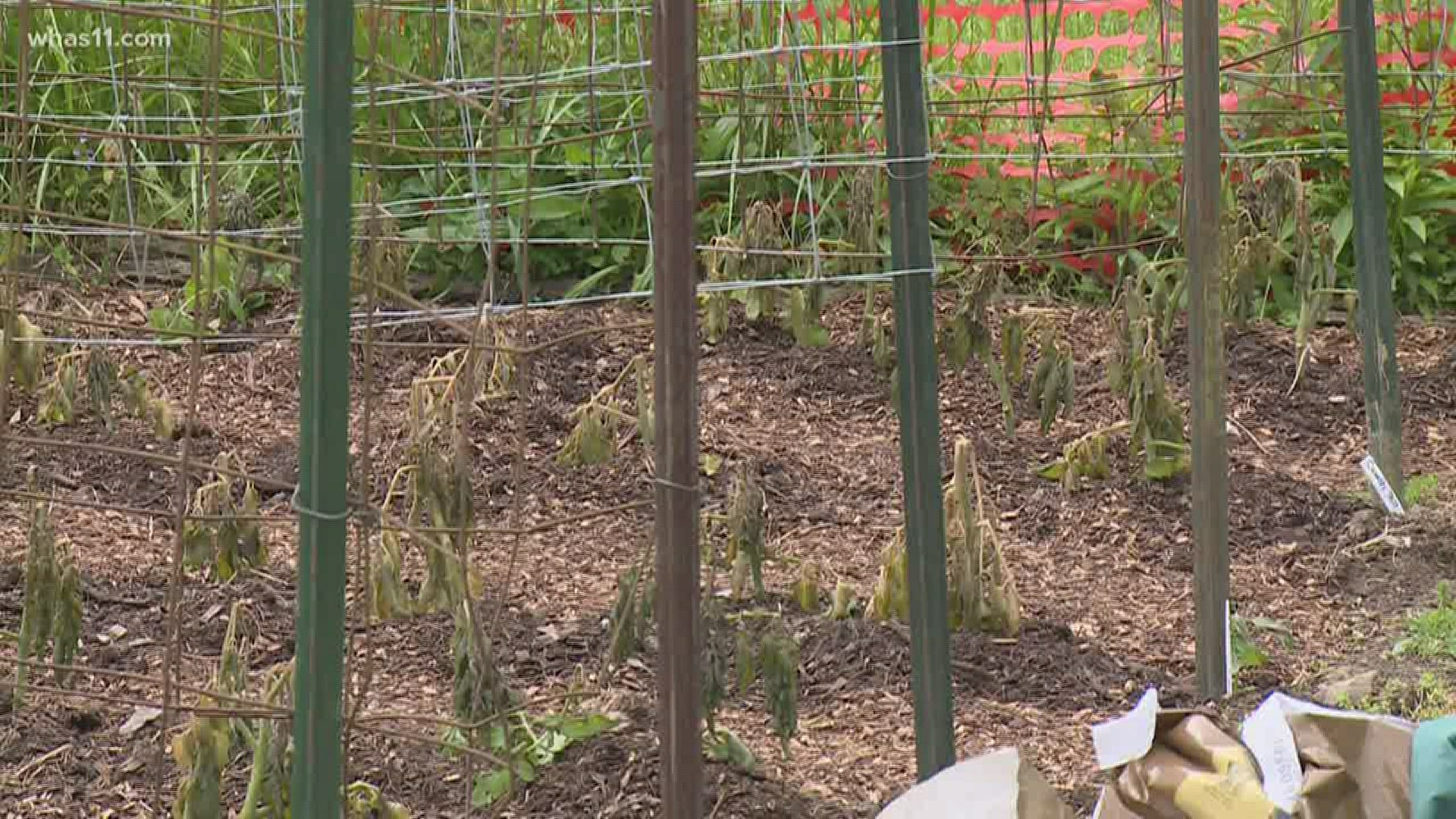 LOUISVILLE, Ky. — If you were like me on Friday night, you were out late wrapping up tender plants. And, if you were like me, on Saturday morning you were frustrated and scratching your head as to what went wrong and where to go from here.

Remember my disclaimer when we started the WHAS 11 “Healthy at Home Gardening Blog”: I am not a Master Gardener. Saturday morning was proof of that, although I quickly learned that Friday’s frost became a real freeze and, at least for most, it didn’t matter what we did to prevent it.

Credit: Chris Williams
Following the late season frost that turned into a freeze, my tomato plants looked like they had melted.

This week, I reached out to some experts for insight.

“A late-season frost is one that you always try to prepare your best for but sometimes, no matter what you do, you can’t prevent the financial losses associated with it," Kentucky Agriculture Commissioner Ryan Quarles told me.

The guy was born with a green thumb, so he should know, right? The Commissioner told me that the frost was a freeze from Hardin County and to the east. Low lying gardens and crops were hit especially hard and, just as I had experienced, tomatoes and peppers (popular farmers’ market and backyard garden items) were very susceptible.

A friend of mine told me about a couple with a small farm who sell at the LaGrange Farmers’ Market who, despite their experience and effort, found the same heartbreaking results as I did on Saturday morning.

Credit: Chris Williams
Joyce and Grant Abbott of Magic Acres Farm hold one of the 80 tomato plants they lost in the late-season freeze.

Joyce and Grant Abbott from Magic Acres Farm lost 80 tomato plants and nearly every pepper plant despite covering them with feed bags and cloth.

Luckily for them, they can restart with some extra tomato plants Joyce had set aside in their greenhouse. She didn’t know that growing extras would be so important.

“If we didn’t have those, it would be August before we have tomatoes,” Joyce explained.

So, what do you do with melted tomato and mashed pepper plants? You’re likely going to have to start all over again. I searched all over for a trick to bringing my tomato plants back from the freeze damage, most experts suggest that you go get new plants and start again.

BUT!! (and this is in all caps because it's a ray of hope) Grant suggests there is something to experiment with, although he still suggests you plant new plants.

Grant showed that if the tomato plant stem is still firm, you can trim just above a healthy node where you might take off a damaged leaf. Leave it be and see if the warm weather that’s coming is enough to get the plant going again.

You’re going to have lost quite a bit of time already, so this is more than likely a good experiment to try, but Grant suggests you probably ought to pick up a few plants and start again just to be sure.

The good news is that it appears the frost is behind us now until late in the year. Steamy weather is in the forecast and that is good for tomatoes and peppers.

Best of luck and be sure to connect with me on Facebook and Twitter and keep me in the loop as to how you’re growing.

When Chris Williams is not holding the powerful accountable as WHAS 11’s Political Editor, he and his wife Amy spend time raising their family on their small slice of heaven known as Chestnut Hill Homestead. They’ve been blogging about their experiences for the past few years and their “Learning By Living” lifestyle of raising plants and animals for food and self-reliance.