Faith Blackwell lives by the mantra, "feel your fear and do it anyway." 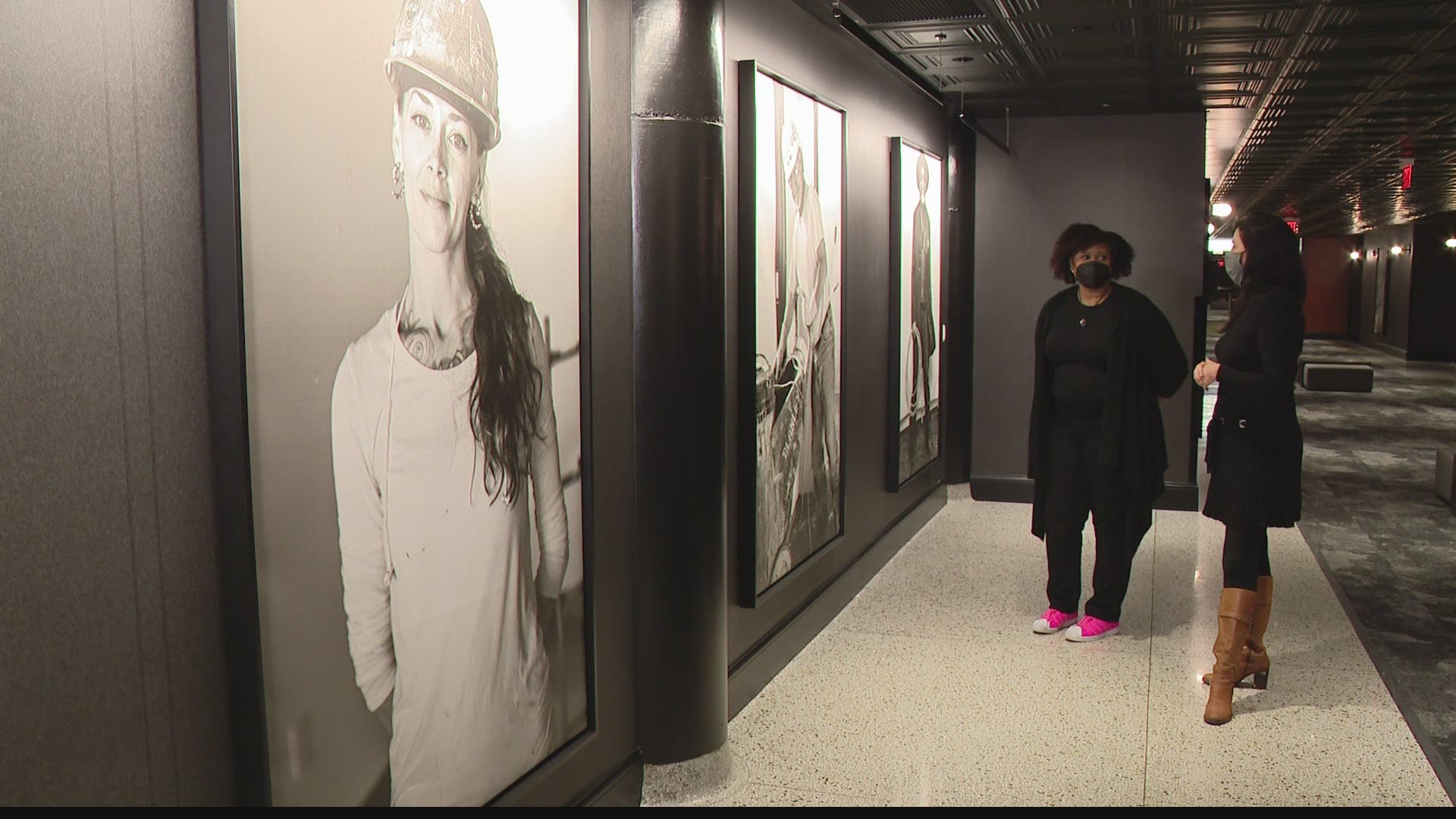 INDIANAPOLIS — Inside what was once Indianapolis Coca-Cola bottling plant, now The Bottleworks Hotel, the hallways are lined with black and white images of some of the same construction workers whose hands and hard work, built the city’s newest hotspot.

For Faith Blackwell — the woman who captured those photos — it shows what can happen when you feel the fear and do it anyway.

“It’s amazing. I still have to pinch myself," Blackwell said, staring at one of the images hanging on the second floor. "I can’t believe it."

"It's a surreal moment. It's something I can know I had a little piece of —a piece of history in this city," Blackwell continued, as she looked at a picture she took of a female construction worker on the job.

"I was able to capture her on this day, so now she's a representative of women in construction," Blackwell explained of the photo. "Representation matters, so it's important to see and be seen."

As a photographer and creative artist, Blackwell, a 45-year-old East Chicago native, is doing both in her work — seeing and being seen.

'Feel the fear and do it anyway'

"I'm grateful every day that I continue to feel the fear and do it anyway," the Purdue graduate said.

For the past decade, following that life principle has led Blackwell to the place where she stands today; a place where her photography and her passion for it are on display all over Indianapolis.

"I could not have imagined any of this," she said.

Blackwell isn't just talking about having her work featured in exhibits, like one this month at Saks Fifth Avenue for Black History Month. She's also talking about photo shoots — many of them set to her favorite musicians, like Prince, — in her own studio at The Stutz. It's a kind of second home to Blackwell.

"I say, 'If you're not having fun, we're not doing it right,'" Blackwell said.

And she'd certainly know something about that.

Ten years ago, Blackwell knew she wasn't doing it right at her regular 9 to 5 marketing job, even though it came with security and a steady paycheck.

"It didn’t bring me joy and I knew I needed joy in my life to be successful and find my passion," Blackwell explained.

She found it behind a camera, looking at life and people through many lenses.

Credit: WTHR/Emily Longnecker
Photographer Faith Blackwell takes photos during a photo shoot at her studio at the Stutz Center in downtown Indianapolis.

"There's beauty in everything — everything," Blackwell said, capturing it in every shot she takes.

Much of Blackwell’s work celebrates the beauty of Black women.

"It's important for me to show that in my images, when I put things on social media, I want people to see themselves in the people that I post," she said.

Right now, Blackwell is working on a series of photos with an Afrofuturism theme. Some pieces are already hanging at the exhibit at Saks.

"Afrocentric mixed in with some futuristic funk I would say," Blackwell explained of the project she hopes to turn into a book. "I have lots of ideas. I always have ideas."

Some of those ideas are various 3D, mixed media collages that she loves to create. She takes everyday items like a box of popcorn and turns it into art.

"I have no idea. It just happens," Blackwell said, laughing.

None of the success that surrounds Blackwell just happened, though. She’s where she is because she took a huge risk and chose her passion, turning it into her purpose and life's work. Now Blackwell’s art is imitating her life.

"I said, 'This is it. This has to work,'" recalled Blackwell of that decision 10 years ago.

And it has worked — more than she could have ever imagined.