Bae's Baekery is offering a discount or treats to anyone who brings donations of new toiletries for the organization Clothe The West. 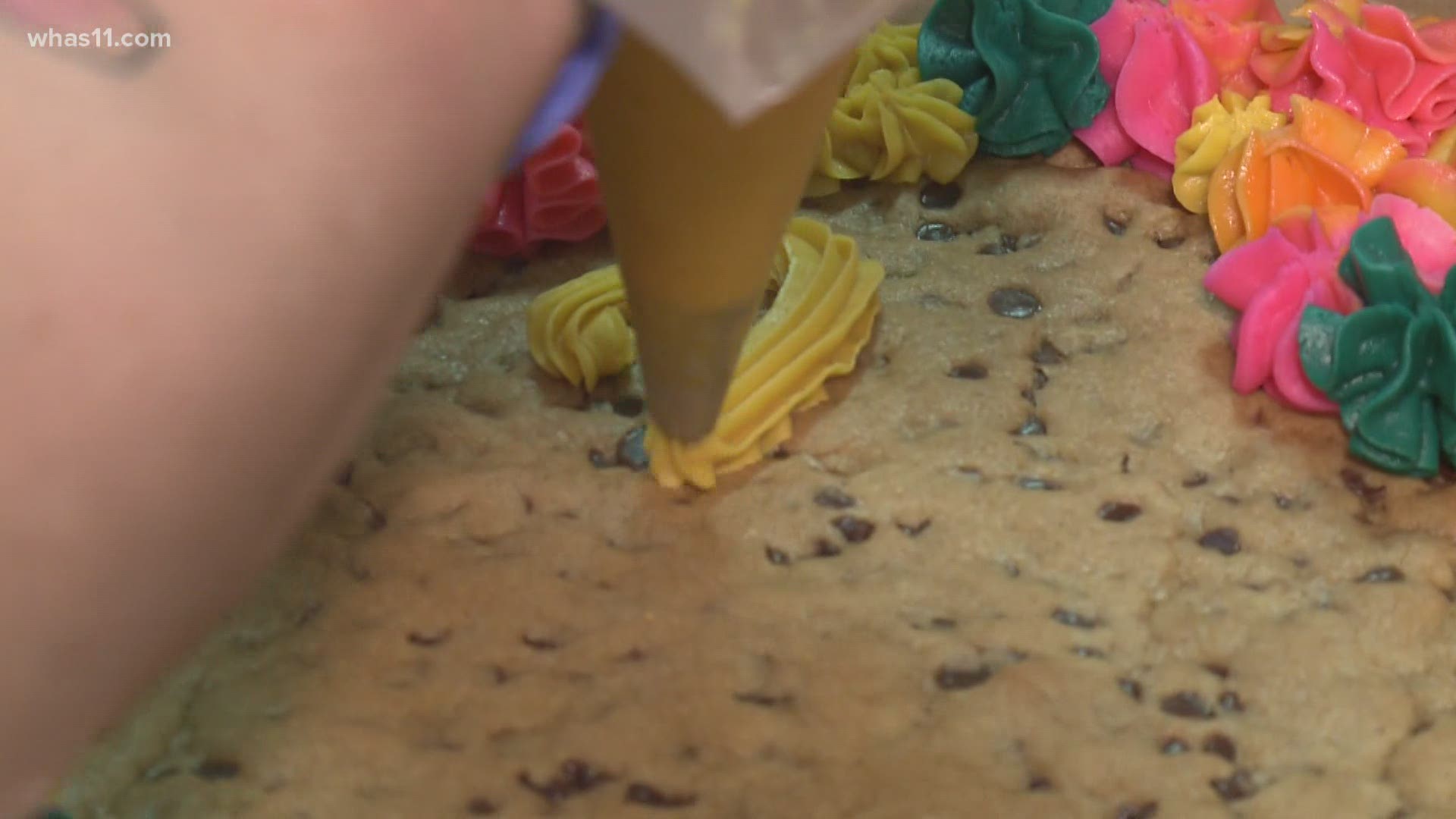 LOUISVILLE, Ky. — Sunday is all about celebrating mothers, and what better way to treat mom than with something sweet?

Bae's Baekery in Louisville spent the day whipping up cookies and pastries for Mother's Day, and they're also giving back to a great cause.

Mattingly began her business in 2019, back when it was a smaller operation.

“I started as a jumbo cookie company out of my tiny, 750 square foot apartment kitchen,” Mattingly said.

Since then, she’s grown into having her own storefront, selling her sweet treats out of the micro-incubator, Bourbon Baekehouse. Mattingly was using Chef’s Space, a kitchen incubator, at first, but she wanted a space of her own. Now, other female bakers use Bourbon Baekehouse to run their businesses too.

For Mother’s Day, she has gotten a lot of interest in her desserts.

“We started offering these crazy cookie cakes that have cute sayings, some are inappropriate,” Mattingly said. “Those really seem to take off for us.”

RELATED: History of Mother's Day: Why we celebrate moms on the second Sunday in May

She spent Sunday morning fulfilling preorders for cookie cakes, but also making a few extra in case someone stops by without a preorder. Mattingly is also selling smaller pastries and cookies out of the case from 9 a.m. to 2 p.m. Sunday.

She wants to help people treat their mothers, because her own mother played a big role in helping her chase her dreams of baking.

“Mother's Day of course is important to me because I love my mom,” Mattingly said. “My mom is like the biggest role of my life.”

In addition to the pastries and cookie cakes she is offering, Mattingly is also committed to giving back. She is collecting any new toiletries, like shampoo and conditioner for ethnic hair, for both men and women for the organization Clothe The West.

Those can be dropped off at the storefront at 1164 S Brook St. You’ll even get a discount on some sweets or a small dessert as thanks for the donation.