7-year-old Hannah Boles knows she's going blind. But before that happens, she wants the chance to perform in the sport she loves on the biggest stage she can 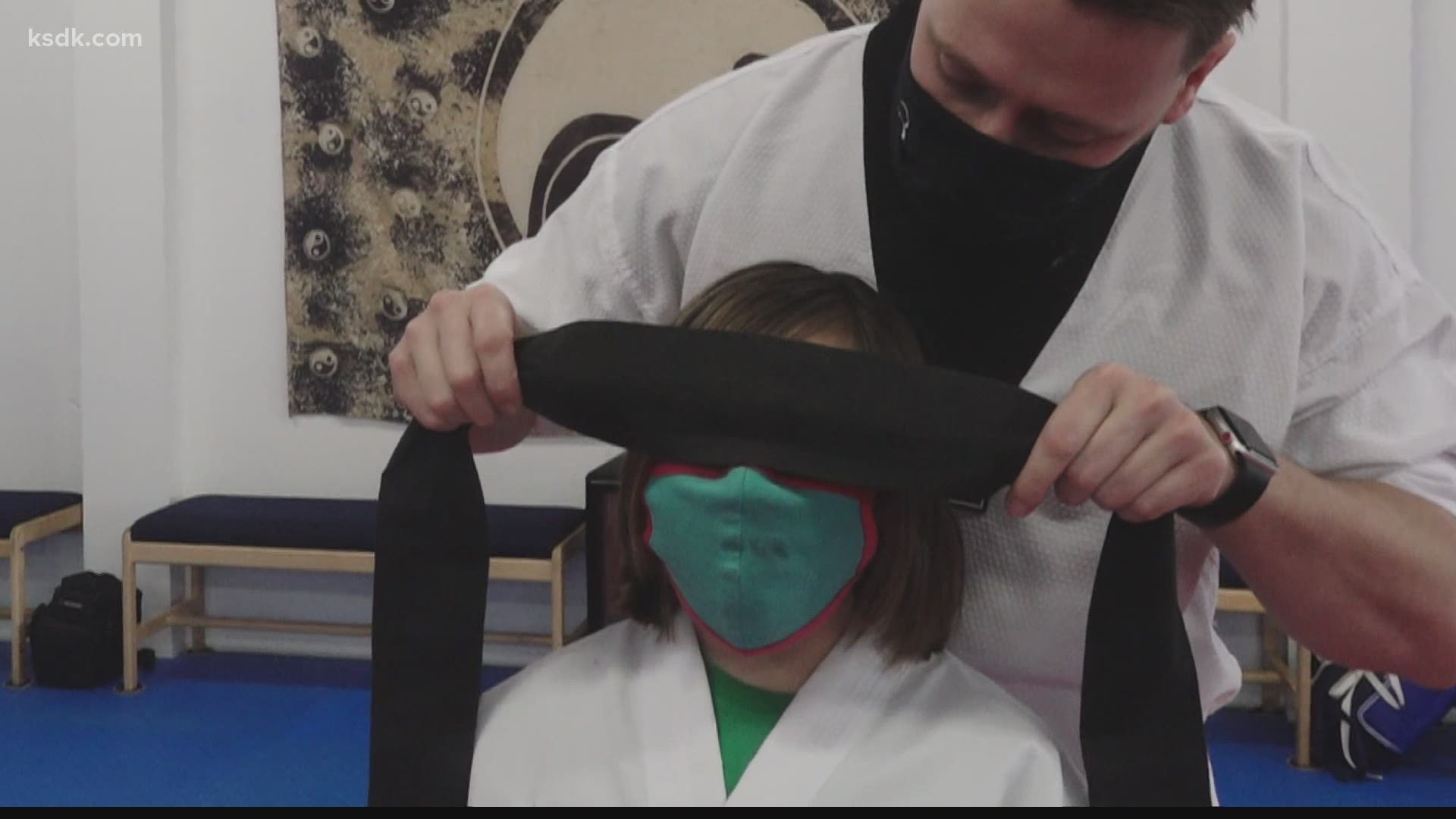 TROY, Mo. — When I say that 7-year-old Hannah Boles likes taekwondo, I mean she really likes it.

And her favorite part, probably isn't that big of a surprise.

“The testing, because I get to break boards," Hannah said.

Hannah has been training at Infinity Athletics in Troy, Missouri, for three years, coming up to four times a week. She's also developed into a leader on the mat, and even volunteered to help the younger students.

Hannah has her sights set on competing in the national taekwondo competition held in Las Vegas this year in July, alongside thousands of other hopefuls from all over the country.

But unlike those other hopefuls, getting there this particular year is uniquely important to Hannah. Because this could be one of her last chances to actually see herself living out her dream.

"We don't know when I will go blind and I might," Hannah said.

“It was a normal eye exam. It was just me and her there, and they go, ‘We need to get another doctor.’ And I’m like, 'OK'. And they bring another doctor in and those two start talking and say 'We need to go get another doctor'. They bring in a third doctor and they’re like, 'This is what we see, this is what she has and we’re pretty sure she’s going to be going blind.' And at the time it was devastating," Hannah's mother Dawn said.

Hannah was diagnosed with an ocular dystrophy. She is progressively losing her sight, and could be blind by the time she's a teenager, or perhaps even sooner.

But this 7-year-old has faced her heavy diagnosis head-on, and has already started preparing herself for what her future might look like. She's been learning braille, practicing with a cane and just keeping an overall positive mindset.

“She has been a miracle baby about it. She knows she’s going blind. She’s been trying to take everything in that she can," Dawn said. "And if she sees someone and accidentally bumps into them it’s, ‘Oh I’m sorry I didn’t mean to do that. I’m going blind soon so I’m learning my surroundings. I’m sorry.’ So she’s got a great outlook on it.”

Now, the push is on to get Hannah to Nationals this year.

“With the news of her eyesight and how imminent everything is we’re really trying to push this year to get her there," Hannah's coach and owner of Infinity Athletics John Szyhowski said. "Just because we don’t know what the future holds and how many more times we’d be able to get this.”

Friends, family and the Troy community have helped get Hannah closer to her goal by donating to her GoFundMe campaign online. As of Sunday night, Hannah's GoFundMe had reached the original goal of $2,500 to help send her to Vegas in July.

“It’s huge for us. It’s huge We know this is something she may not get another chance at because of her eye issues and everything. And we want to make sure she gets to experience everything she can especially something she loves.”

Hannah still needs some additional equipment for Nationals, so if you'd like to help, you can visit her GoFundMe by clicking here.