Travis Shrout was out boogie boarding in the ocean, then sprang into action when a mother and son were in trouble. 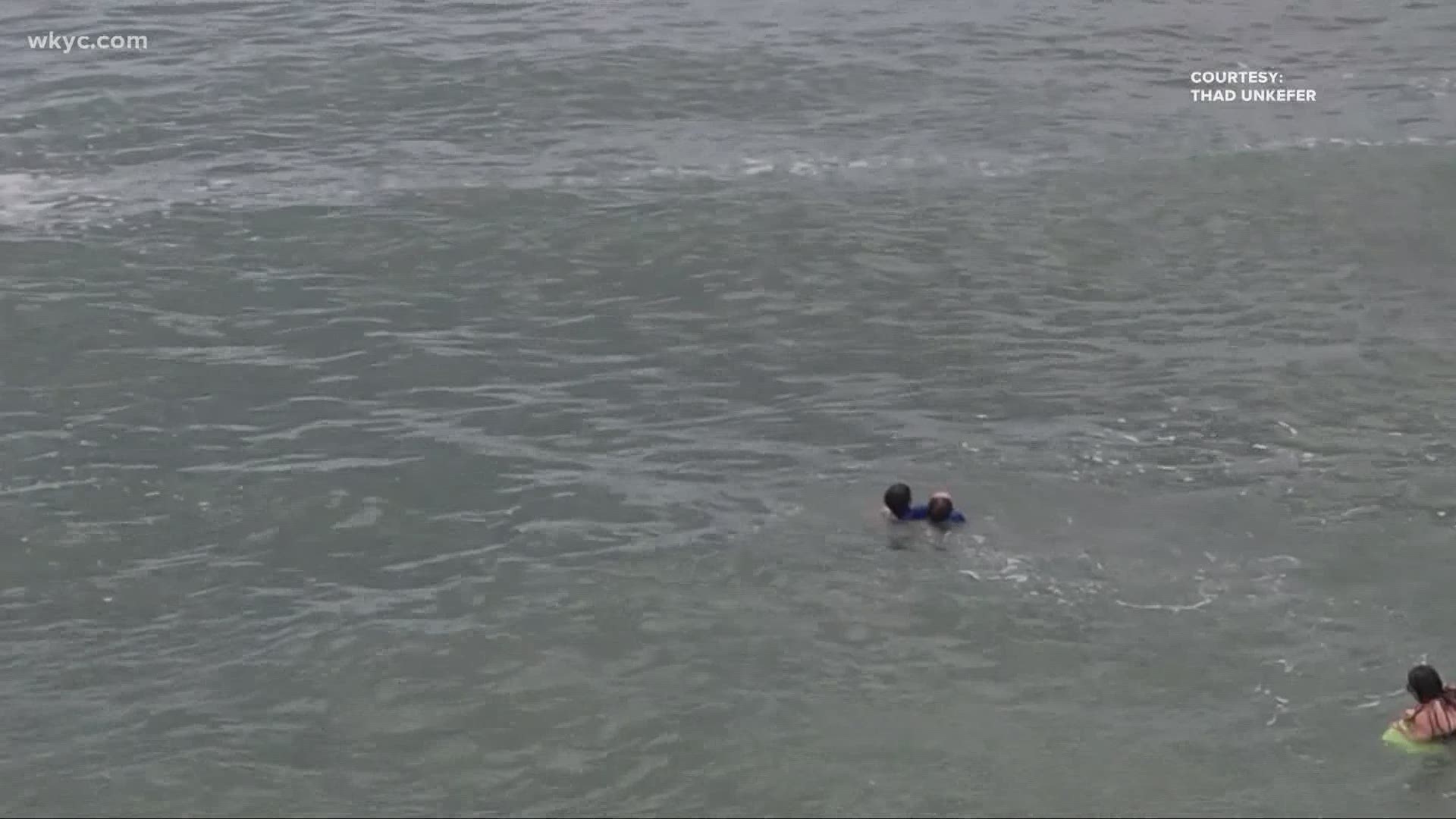 STOW, Ohio — A Stow teenager is being credited for saving the lives of a mother and son while on vacation in the Carolinas. Travis Shrout saw the two struggling while swimming in the Atlantic Ocean, so he sprang into action to help.

And it was all caught on video.

Travis was out boogieboarding in the ocean when he thought he heard a mother yell for help.

The mom and her 10-year-old son were probably about 50 yards or so from shore when the current began to pull them further out to sea. Travis yelled to see if they were in trouble. When the mother said they were, he quickly sprang into action.

Travis is a former lifeguard and quickly gave his board to the mom before swimming out to save the boy who went underwater several times. He was able to successfully help them both get back to shore, but he admits there were some scary moments.

"There was a couple times where a couple waves came over our heads and kind of submerged us. They weren’t really big waves, it was just not something you want to be facing when you’re trying to get two people in I guess," Travis recalls.

When they got back to shore, the rescued mother was in tears and hugging Travis’ mom, Gretia Shrout, who watched her son from shore trying to help save the pair.

"It was kind of scary watching it happen. Now that it’s over, I’m very proud," she says.

Gretia says she’s not a strong swimmer and wouldn’t have been able to help. She’s just glad her son was willing to step in to help and that everything worked out for good.