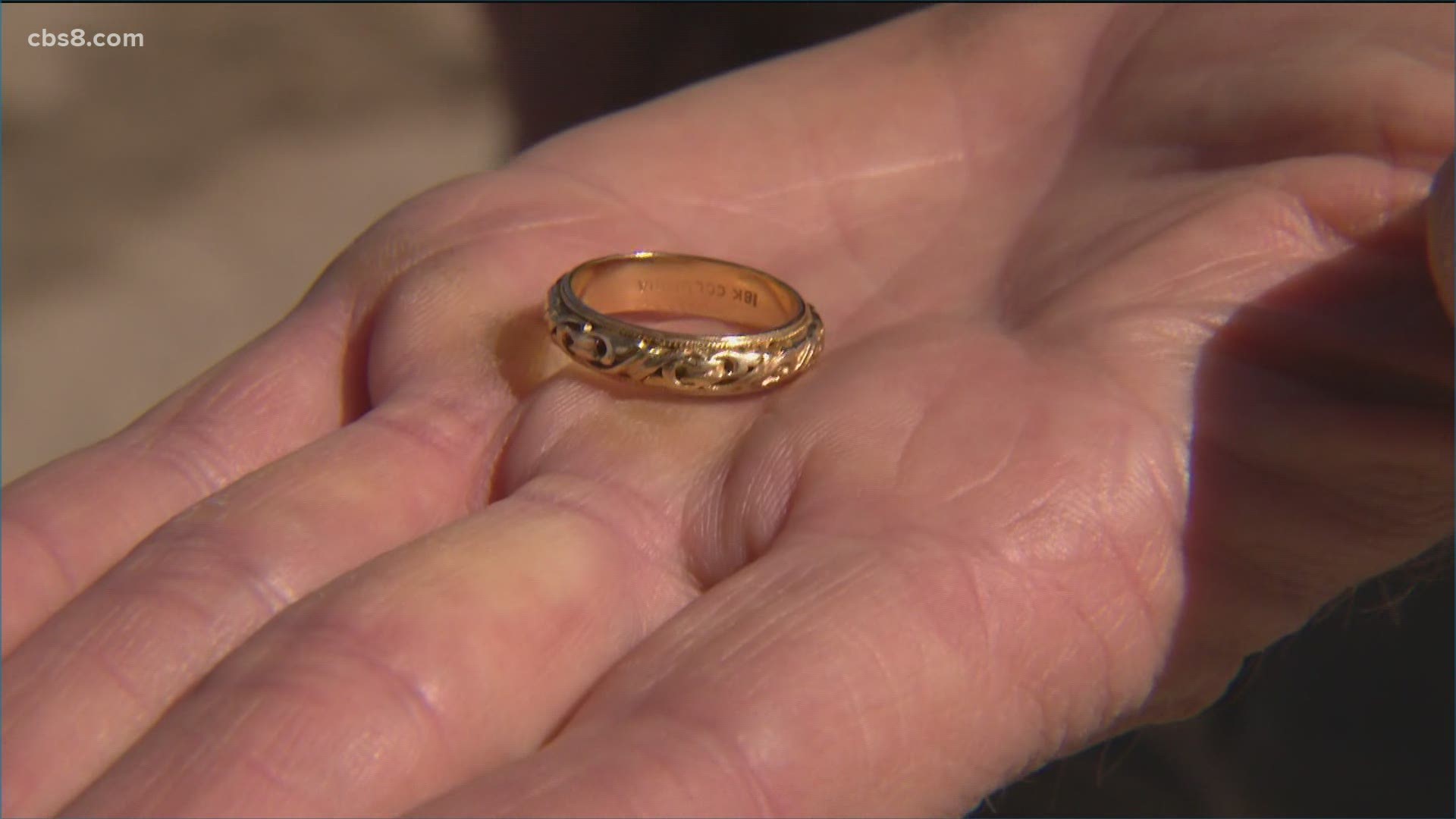 SAN DIEGO — I received a call last week from a friend of mine, Joe Barnett, about a young lady who had lost her mother's gold wedding band while swimming at Windansea Beach.

"It's my most prized possession, it means everything to me. I'd do anything to get it back," she said.

There's a reason the ring means so much to Kendal Roemer.

"It was my mother's engagement ring that my father gave to her and he passed away when I was 13," Kendal said.

When it slipped off, she was frantic.

"I started telling all the kids with goggles I'd give them $100 if they found the gold ring," Roemer said.

She spent all day looking and returned with a metal detector with no luck... Months later she ran into met underwater treasure hunter Joe Barnett.

"I started talking to him and got excited," she said.

Joe had shared the story with Greg Woken, who is also a diver.

"Joe Barnett is a retired lifeguard and he's been mentoring me on how to read the ocean bottom," Woken said.

Joe gave Greg some information on the location, but Woken never spoke with Kendal.

"He gave me the approximate location where it was lost at Windansea," Woken said.

He knew time was running out.

"The Southern Hemispheres are going to start coming in next week and that changes the geography and the subsurface down here," Woken said,

Woken had to use all his skills.

"You have to understand magnetic north, longshore drag and swell, ground swell and if Mother Nature is cooperating sometimes, you can get lucky," he said.

And that's what happened last week, Greg found the ring, but Kendal doesn't know and thinks she's telling where the ring was lost and what it looks like.

"By that rock, it's gold with no diamonds, it has a pattern on it," she recalls.

It was when she finished, that he told her he was out diving last week and showed her the ring and she was overcome with joy.

Tears rolled down her face, the ring went back on her finger and hugs and thanks were given.

WATCH: Meet the "The Ring Finders" who say they can help you too in your time of need