The Westfield Middle School football team is playing this season for 5-year-old Londyn Hoffman, who is battling a rare form of cancer. 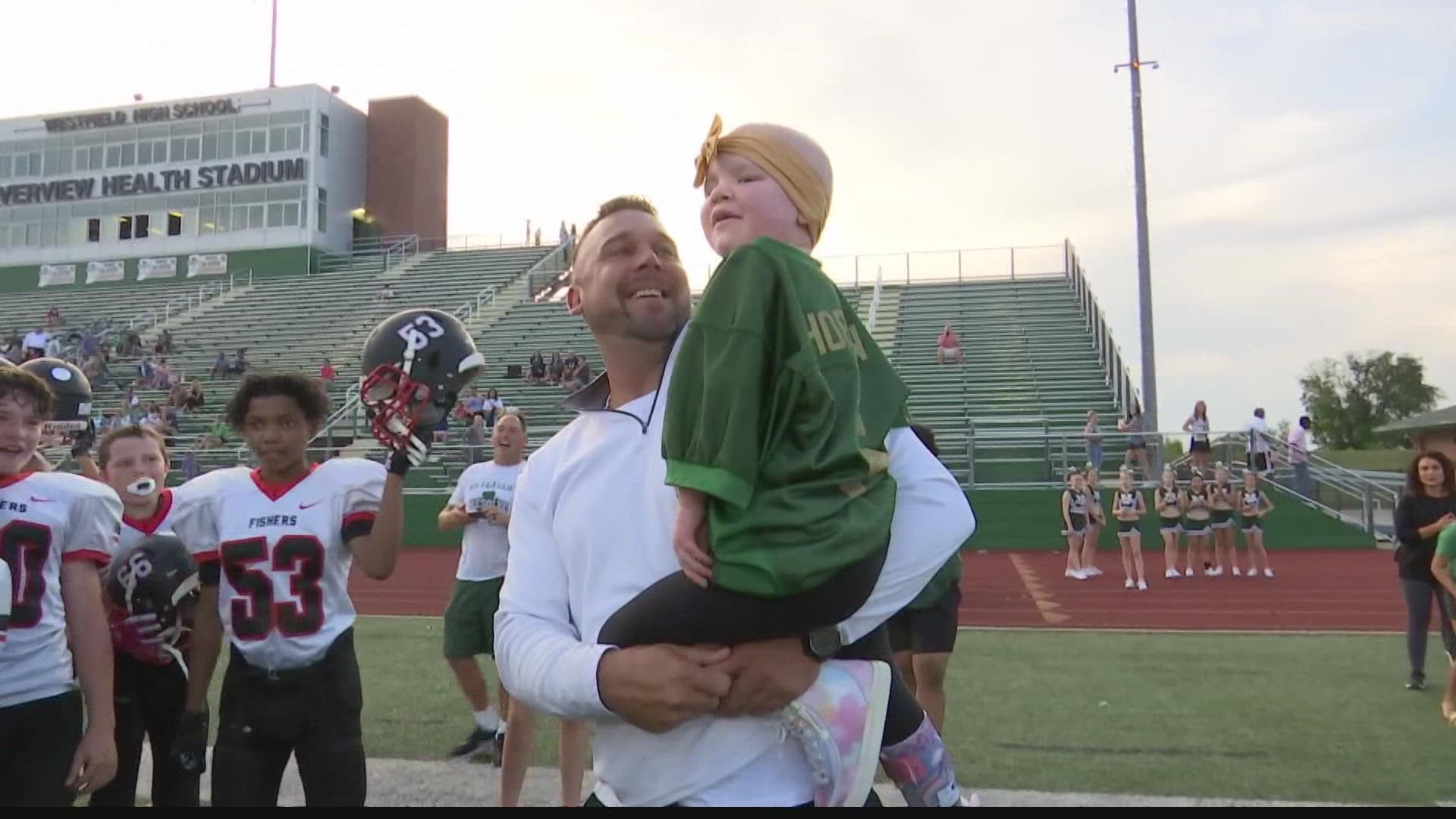 Londyn has been a Riley Kid since she was a year old.

"She has an undiagnosed rare genetic condition, and in April she was diagnosed with a really rare cancer called rhabdomyosarcoma," said Londyn's mother, Jenna. "Then that turned into a rare syndrome called Guillain-Barré syndrome this summer."

September is Childhood Cancer Awareness Month. The cancer Londyn has, rhabdomyoscaroma, is rare. According to Riley Hospital for Children, about 500 people are diagnosed every year in the United States, with a majority being children or adolescents.

"She has all these super rare things happening to her ever since she was a baby, so we kind of just say she's like a unicorn - rare and unique," Jenna said.

Credit: WTHR
Londyn Hoffman has the support of her family, as well as the Westfield Middle School football team.

Londyn's spirit, fight and love for the game of football inspired Lincoln's team to honor her this season. They wear pink unicorn stickers on their helmets that say "Play for Londyn." Even the Fishers Middle School team has become involved. On Sept. 2, for their game against Westfield, the team honored Londyn with stickers on their helmets, too. After the game, they all came together in the end zone to say hello to Londyn.

"It means a lot, it's amazing," Lincoln Hoffman said. "Especially Fishers, thanks to them. They wore the Londyn stickers on the back of their helmets. It means a lot."

Credit: WTHR
Westfield Middle School football players are wearing a "Play for Londyn" sticker on their helmets this season.

So as Londyn continues to tackle cancer, she’s doing it with an entire team and community behind her.

"Lincoln's mantra this season is, 'We play for those that can't.' But she's defeated every odd, so someday she may be out there playing football," Jenna said. "We just try to find the positives in our entire journey, and we've been very lucky to be surrounded by the community we do have."

Londyn's family is sharing her journey on Facebook and there is a GoFundMe account set up to help the Hoffmans with the cost of her treatment that isn't covered by insurance.