Two weeks after a woman was carjacked in the Kenwood Hill neighborhood, her beloved puppy that was inside the car was returned. 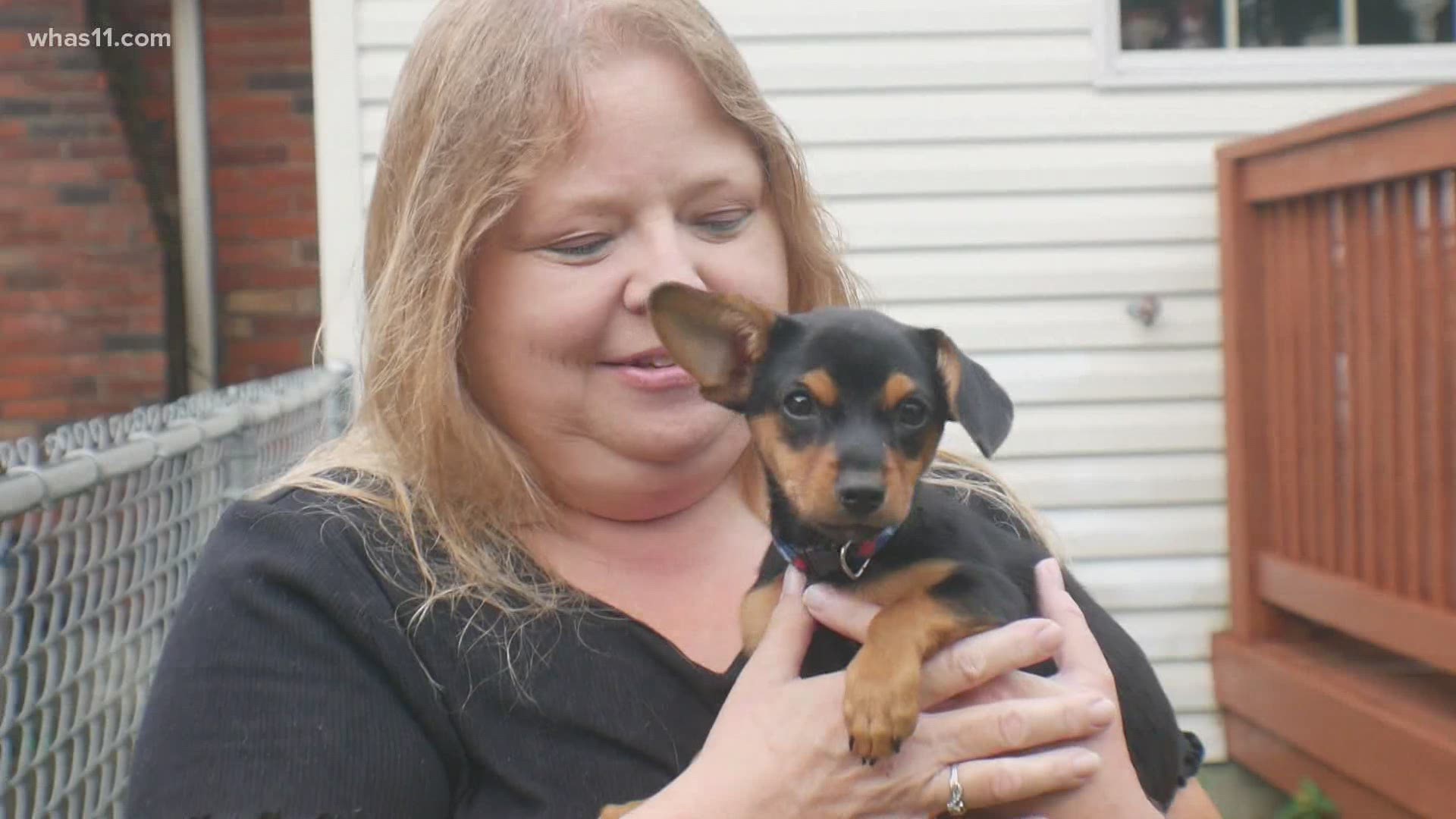 LOUISVILLE, Ky. — A Louisville woman had a happy ending more than two weeks after their puppy was taken during a carjacking.

Jake, a Chihuahua-Pomeranian mix, was returned to his owner on Sunday and is safe and sound at home.

It was a scary ordeal for Denise Montgomery.

She was getting on the road on July 4 with her dog in tow when she noticed her trunk was open.

When she pulled over on Woodmore Avenue in the Kenwood Hill neighborhood to close it, she said a van pulled up behind her and a stranger climbed into the driver’s seat and another in the back.

The thieves made off with her car, purse, phone and the three-month-old puppy.

Credit: WHAS-TV
Denise Montgomery holds her Chihuahua-Pomeranian mix Jake, two weeks after he was taken during a carjacking.

A woman notified Montgomery after seeing Jake's face on a flyer.

The stranger claims she confronted some teens who were playing with a dog that looked like Jake out the window of a car, and they handed the pup over to the woman.

It turned out to be Jake.

“I was like man, what did they do with him, did they dump him in the woods? He's so little, he can't take care of himself, I thought hopefully someone would find him, I didn't know what happened,” she said.

Montgomery said her pup couldn't contain his excitement when he saw her.

"I was just so happy and so excited I couldn't believe it and when he got up to me, he was kissing on me and pawing at me and he wouldn't let anyone else hold him, he wouldn't let my daughter hold him," she said.

Police have not made any arrests in the carjacking and are still investigating what happened.