'Everybody loves Noodle' Neighborhood pig wanders away from home, not for long after post on Nextdoor app

This little piggy was found wandering about six blocks from home and returned after post on an app. 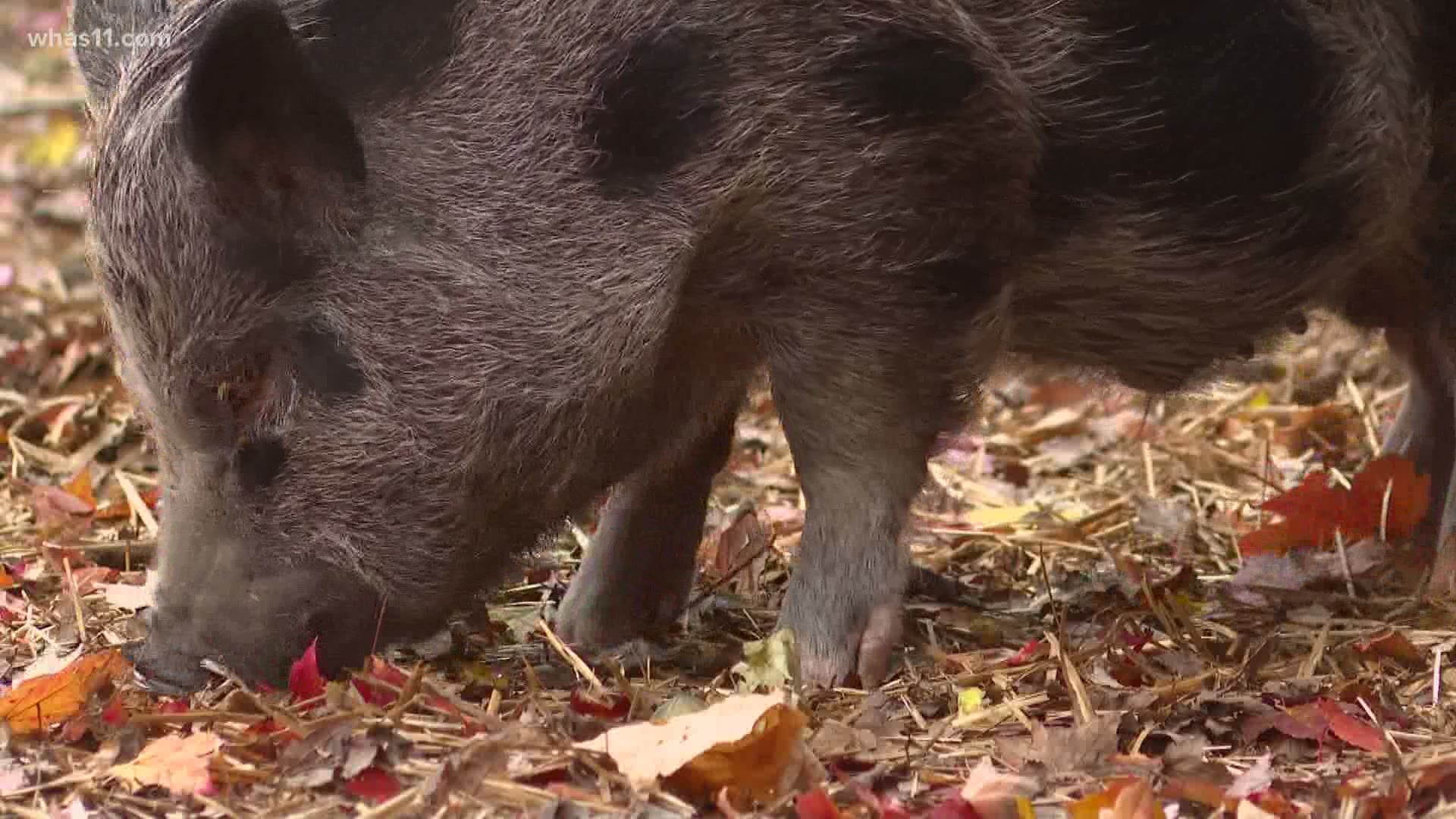 A pig was found roaming the streets in a Louisville neighborhood, but that impromptu trip didn't last long.

Thanks to the Nextdoor app. Noodle the pig found his way back home, to the joy of his neighborhood of adoring fans

"Noodle is almost 4 years old. And he's considered a mini pig. The breed of pig is called Julianna. He's about sixty pounds and he is a little stinker," explained Jessica Jarboe, Noodle’s Owner

Jarboe said Noodle is very much a sweetheart and everybody loves him, even though he can be a little bit "rambunctious."

It clear that neighbors and kids adore Noodle.

"They give him little treats and he has the whole little life that I don't realize he has, Jarboe said.

Noodle's neighbor Erica Takimoto said the pig is an icon in the area.

"He's a big deal around here this little guy. We have a Noodle fan club. I think he's the coolest little dude around," Takimoto said.

Noodle is more than just a miniature pig in this neighborhood.

"He's kind of been like a little backyard mascot, said Robert Tullbane who is another adoring Noodle fan and neighbor.

"There was a back gate mishap I like to call it. And He got out of the backyard unbeknownst to me. He went about 6 to 7 blocks and some neighbors posted him on Nextdoor," Jarboe explained.

"And he was returned right away because everybody knows who he is," she said. A lot of people who know Noodle said I know that pig. That's my friend Jessica's pig. I'll text her. And so I had a lot of people call just to make sure I got Noodle."

It's not much of a stretch to say Noodle is a delight to his neighbors and the daily joy they need to weather the pandemic.