This year's 10th annual "Walk for Wishes" fundraiser is being turned into a virtual scavenger hunt to raise money for kids like Anna-Maria Beck. 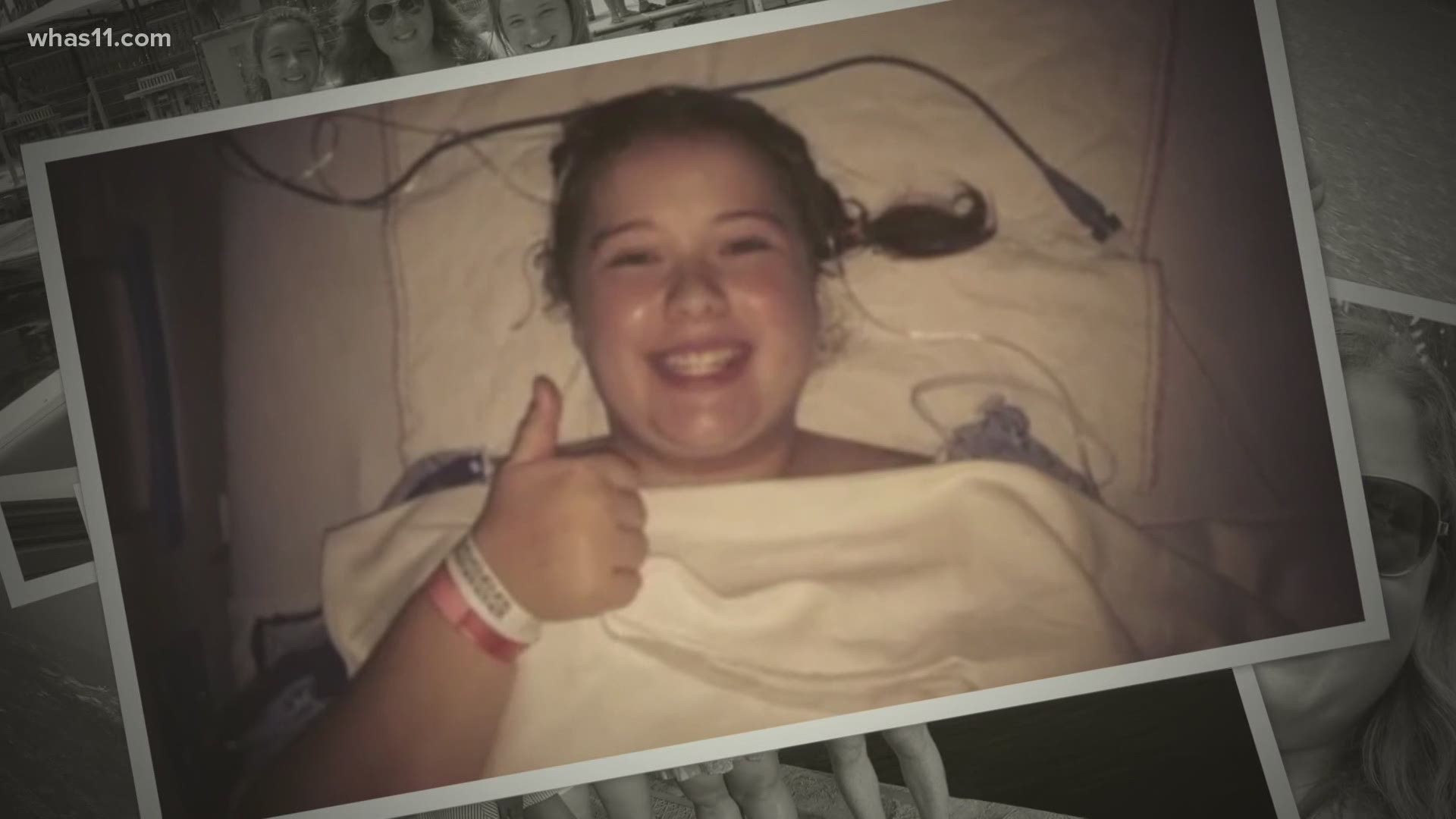 LOUISVILLE, Ky. — On Saturday, the Make-A-Wish Foundation will hold it’s 10th annual “Walk for Wishes” fundraiser to raise money for kids fighting serious illnesses in Kentucky and Indiana. Instead of the mass gathering and walk usually held, a virtual “scavenger hunt” through the community is planned to highlight different wishes that have been fulfilled through the donations Make-A-Wish has received.

One of those wishes came from Anna-Maria Beck.

Now a junior at Bellarmine University, she was diagnosed with a brain tumor at just seven years old. She spent 12 years fighting her cancer—a fight that included 12 brain surgeries, nine rounds of chemotherapy, and two months of radiation.

It was during those painful treatments that she decided what her “wish” would be.

“In my mind, I would like ‘go to somewhere else’ to get through it,” Beck said. “So I would picture myself laying on the beach, relaxing with a Shirley Temple, because when you’re sitting in a plastic chemo chair getting a mixture of strong drugs that make [you] feel really sick, [you] just have to go somewhere else in [your] mind to get through it.”

Just this year, Beck and her family got the news they had been waiting for for so long: she was in remission. To celebrate, they went to the Cayman Islands (before the coronavirus pandemic) with help from the Make-A-Wish Foundation. Beck calls it her “retirement” from cancer.

“It was truly a trip I will never forget,” she said. “We did some really nice dinners together as a family. We did some super fun activities like a boat ride, and best of all I got to swim in the ocean again which was super awesome. And so I think it was just a really good chance to take a breath and just relax and celebrate me being in remission.”

Now 21 years old, Beck is an advocate for Make-A-Wish and asks others to consider donating to the organization that helped her family find healing during her cancer process.

“[A]ll of their fundraisers help make up the money that goes towards the wishes, so without the fundraisers and stuff like that it wouldn’t be possible,” Beck said.

The “Walk for Wishes” Scavenger Hunt kicks off virtually at 8:10 AM on Saturday, August 15, 2020. Registration is open online. The Make-A-Wish Foundation has a goal of raising $100,000 through the event.