Man attacked by pit bulls in Shawnee Park out of hospital, thanks man who saved his life

It's almost been a month since David Weaver was attacked by three pit bulls. As he was fighting for his life, he said someone came up and drove them off. 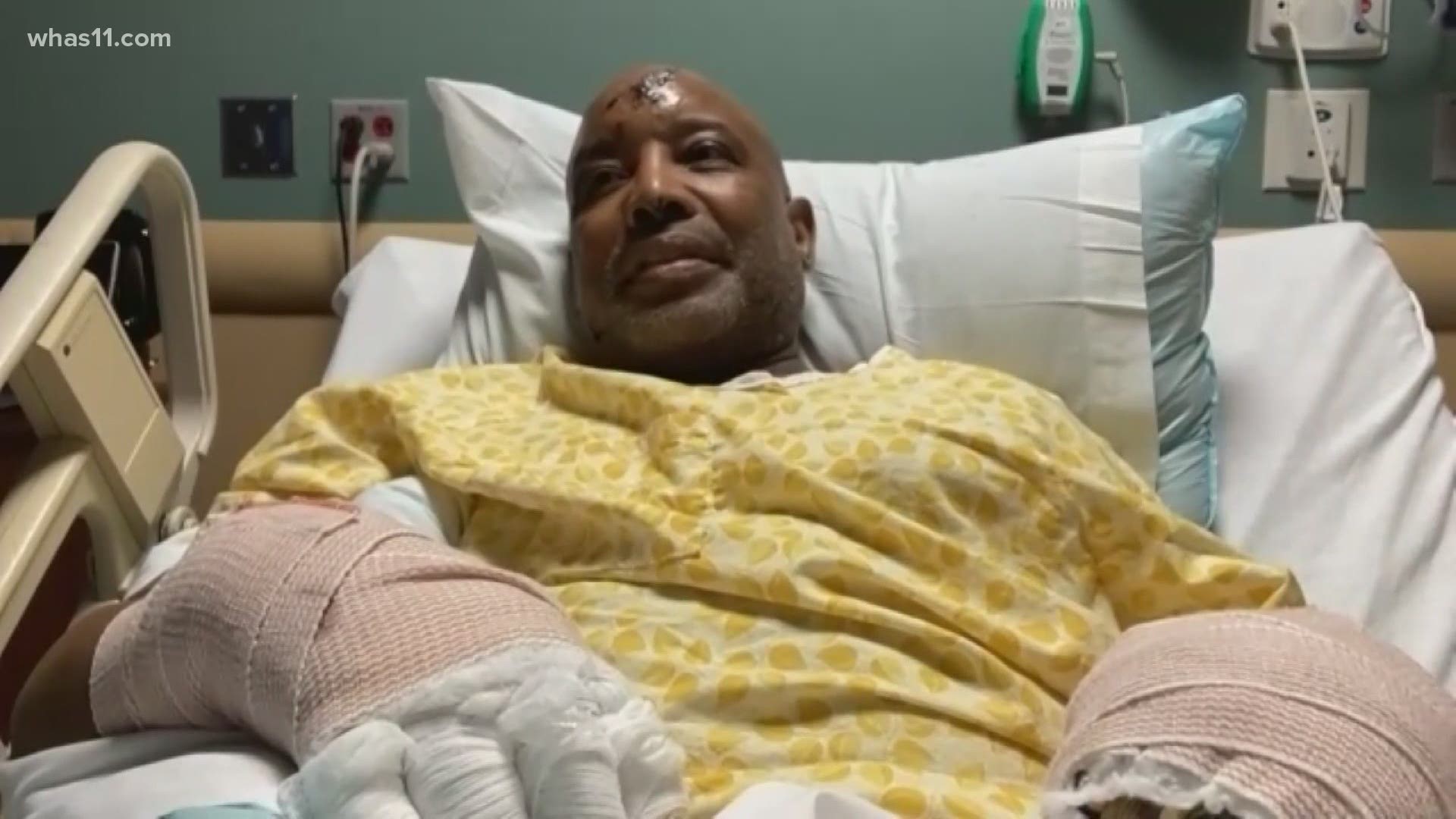 LOUISVILLE, Ky. — David Weaver, the man attacked by three pit bulls on his morning walk in Shawnee Park, is finally home after three weeks in the hospital.

The bite marks on his face continue to heal since the attack on Jan. 15. The avid cyclist and marathon runner had a couple hand surgeries, with both hands still wrapped up, he'll need a graft. After that, it'll be physical therapy —  which Weaver says is something he's used to.

"I'm used to working out, so I'll be working out my fingers instead of the rest of my body," Weaver said.

Surrounded by family and friends, he's kept his signature optimism during this entire experience.

Throughout the recovery process, Weaver said he kept thinking back to that one moment when he thought he couldn't fight any longer. He wanted to meet the man who helped him.

"He was down struggling, they were chewing him up pretty good," Evan Johnson said. "I had to use my car to help get them off."

Cars had slowed down and driven past the attack, but only Johnson stopped. He dialed 911 while trying to help Weaver.

"When I got out, a third dog came and then I jumped back in my car and said, 'Well I'll use my car to help,'" Weaver said. "When I saw that car coming out of my peripheral vision and saw the dogs react to it, that's when I saw some light at the end of the tunnel."

Weaver finally got the chance to thank Johnson over the phone for saving him.

"I got a new hero, Evan Johnson. That's my hero," Weaver said.

Johnson, though, says it was fate that put him in the right place at the right time.

"I'm not a hero, I'm just a regular guy who was there at the right time and able to help," Johnson said.

According to Councilwoman Donna Purvis' office, Metro Council plans to honor Johnson at their meeting in two weeks. LMAS says the owners of the three pit bulls never came forward and they have been euthanized.

RELATED: 'It's like he grew wings and flew' | Ethan recovers at a rapid rate with community's outpouring of support