As of mid-October, 2020 has already surpassed the record for most homicides in Louisville. 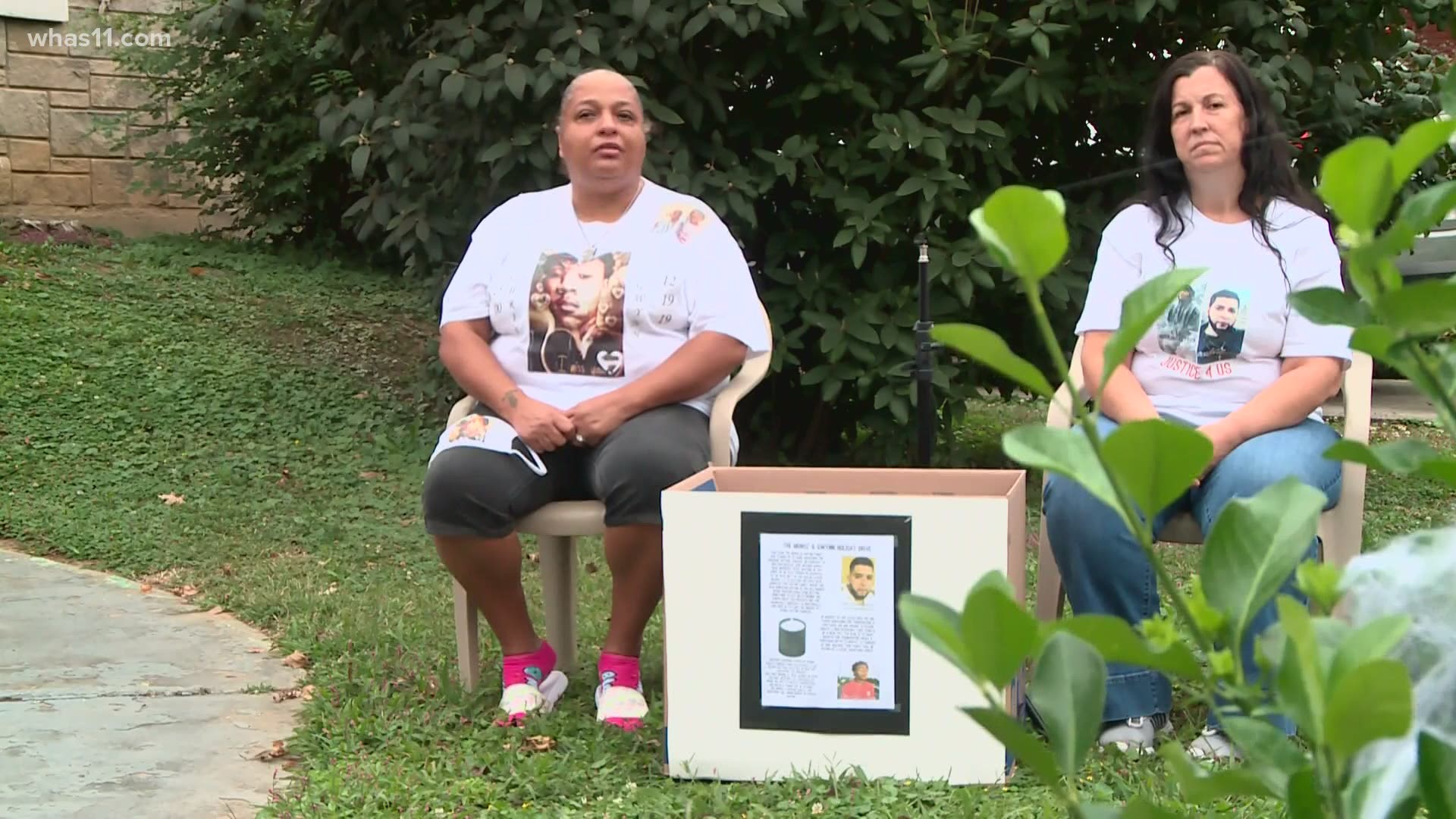 LOUISVILLE, Ky. — There have been 129 people killed in Louisville this year, surpassing the city's record of 117 homicides set in 2016.

The grim numbers are more than just statistics, as local families will have to go through their first holiday season without loved ones.

Krista Gwynn and Donna Munoz, two women who lost family members in 2019, said they understand how difficult the grieving process can be —  especially during the holidays.

That's why they're setting out to help other families who have lost loved ones during the deadliest year in Louisville history.

The two decided to help collect food and toys for Thanksgiving and Christmas.

"Trying to get non-perishable food items for Thanksgiving, trying to help as many families as possible," Munoz said.

They are planning to buy the turkeys, and are collecting donations across Kentuckiana.

Their faces are on the boxes placed at the Spring Valley Funeral Home locations in downtown Louisville and in New Albany. There is also a box at King Solomon Missionary Baptist Church.

"It's very difficult," Donna Munoz said. "It's not okay, and we have to continue living our lives, and it's very hard at times, you know."

They're asking people donate food for the Thanksgiving baskets by the first week in November. The idea a fitting tribute to Gwynn's son, whose birthday fell around the November holiday.

"We felt like if we spread the love, it would be like he's still here," Gwynn said. "Instead of sitting around being sad that he's gone, we want to be happy that somebody else feel our love and we can understand their pain."

They also plan to collect toys around Christmastime — a positive distraction that can hopefully take the burden off victims' families.

"I know [my brother-in-law] would be proud because he too was a giving person," Munoz said.

Spring Valley Funeral Home Director Anthony Oxendine said he will match any donations. Anyone can drop off donations of either non-perishables or a new toy at their locations in downtown Louisville (719 E. Chestnut St.) and New Albany (1217 E. Spring St.).

RELATED: 'We've never seen anything like this' | Louisville hits record number of homicides and the year's not over