Hunter Brown was practicing heart scans on his father Greg when he noticed something was not right. 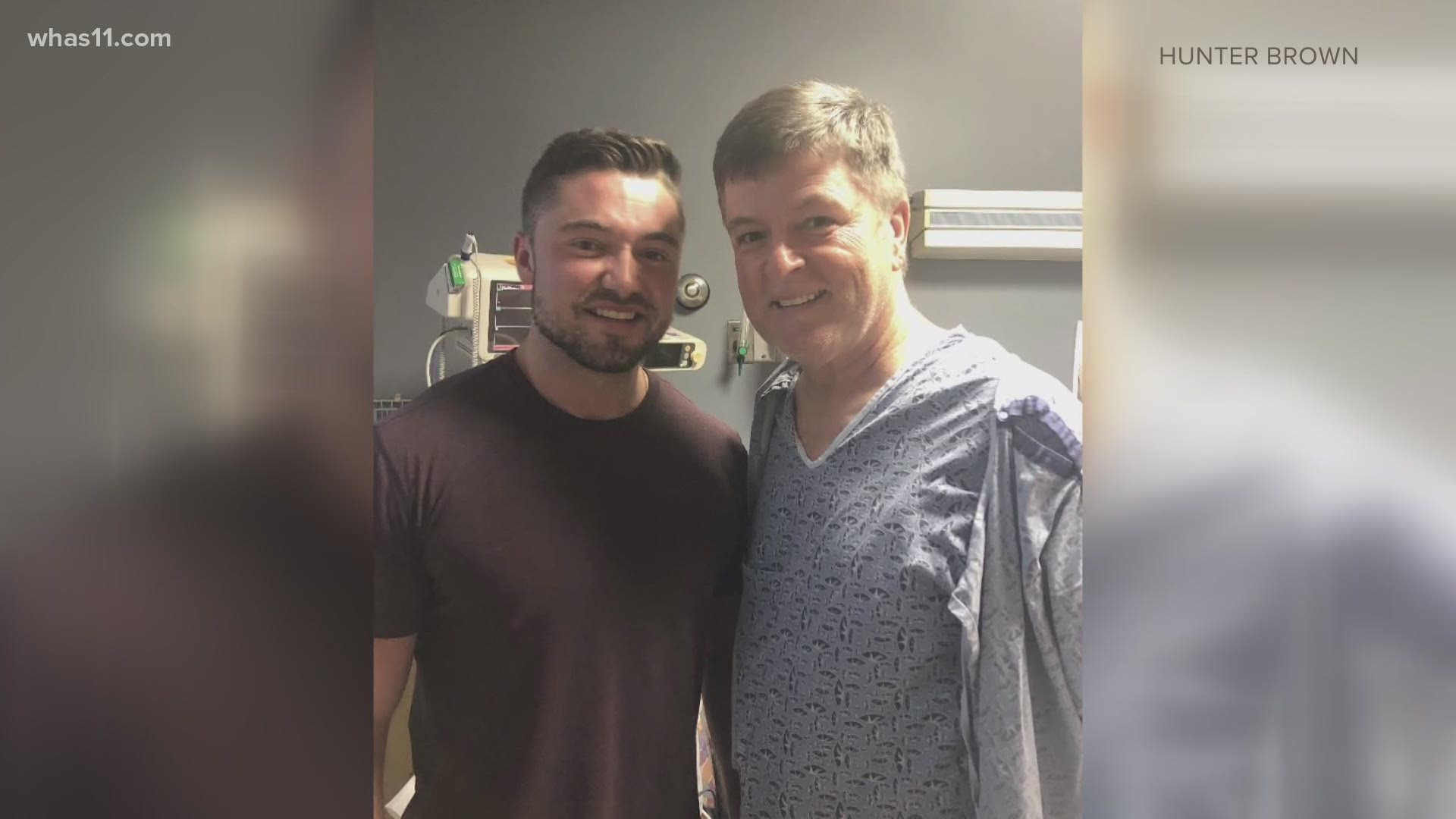 LOUISVILLE, Ky. — Sunday is a day when we celebrate dads, grandpas, and the important father-figures in our lives.

One Kentucky dad is having a very special Father’s Day this year thanks to the life-saving work of his son.

That passion plus a family history of heart disease led Brown to enroll in MedQuest College’s echocardiography program.

One day last year Hunter asked his dad Greg to come in so he could practice taking some scans.

“Sure enough I was not expecting to find what I did,” Hunter said.

The scan quickly turned from practice to real life.

“I kept joking around with him like, why are you so serious doing this? If I had known this I wouldn’t have come,” Greg said.

Hunter found that his dad’s aortic valve was calcified. He and his instructor told Greg he needed to go to the hospital.

“Being hard headed like I am, I said okay, it’s fine. I’ll get a doctor’s appointment,” said Greg. “Two weeks later I’m having open heart surgery.”

It was a coincidence that Hunter asked his dad to come in when he did – that coincidence ended up being lifesaving.

“The doctor said within two weeks I would have been dead,” Greg said.

Nearly a year, plus a successful surgery later, Greg is celebrating Father’s Day with his three kids and four grandchildren.

“I’m going to get to be here for Father’s Day to enjoy my family because of [Hunter],” Greg said.

Hunter went into healthcare hoping to make a difference and save lives. But he never could have guessed he would be saving one so early in his career, especially one that means so much to him and his whole family.