About 50 family members & friends participated in the proposal downtown. 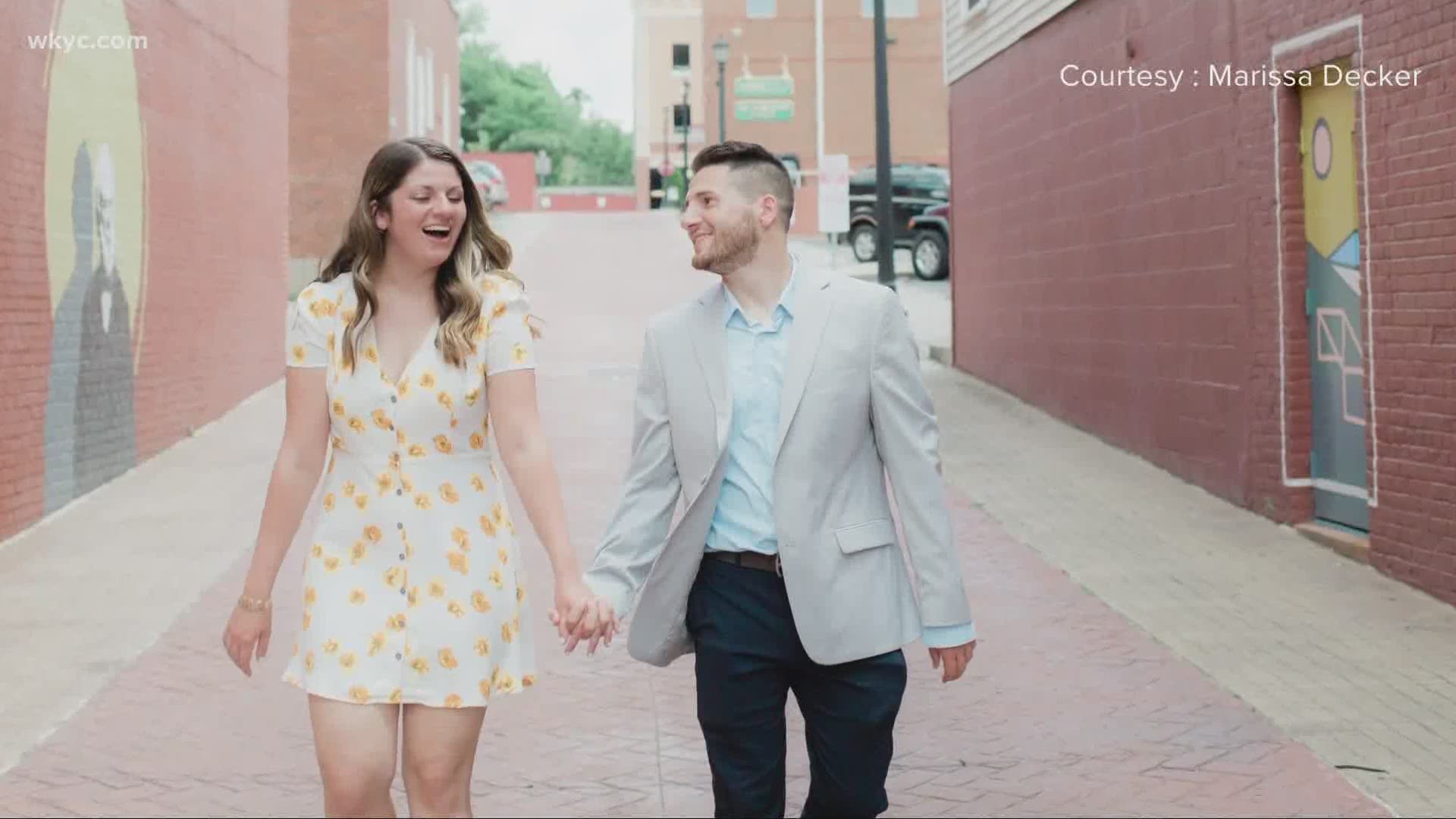 KENT, Ohio — A unique marriage proposal is getting lots of views on social media.

Mario Micale runs his own production company, Narrative Digital Media LLC, and decided to create a flash mob proposal for his fiancé Lena Parteleno, who is a nurse.

“These last two months have been hard for her being a nurse during a pandemic, so I think that was just a great way to show how loved she really is, not only by me but by so many people,” he said.

About 50 family members and friends participated in the proposal in downtown Kent. Micale told 3News it’s been in the works for six months.

"Especially since quarantine, I mean it was so great to see all of our friends, some of them I haven't seen in a long time," says Parteleno.  "My aunt and my cousin flew in from Boston, which I was like I can't believe they were there so it was just all our family and friends it was just very heartwarming."

Micale says he made sure everyone had their temperatures checked that day.

The couple met through mutual friends when they were college students.  Micale attended the University of Akron and Parteleno attended Kent State University.

MARKING LIFE'S MILESTONES: Matrimony in the age of coronavirus