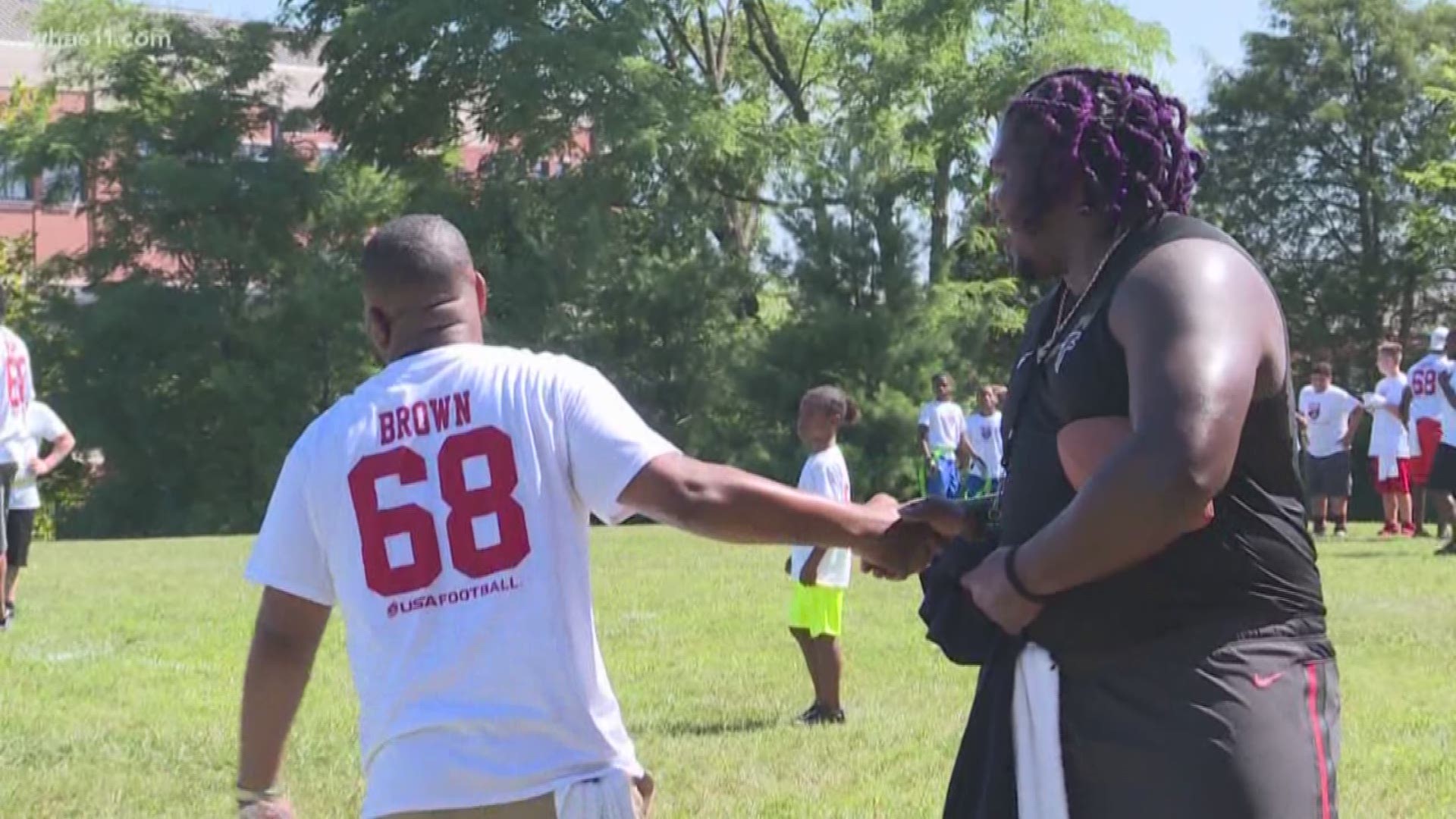 LOUISVILLE, Ky. — Everybody needs a little love and kindness in these trying times and a local digital media company along with the help of an NFL player made life a little easier for some West Louisville families.

Louisville Scoop gave out $5,000 to families on Saturday at the Broadway and Portland Kroger locations.

Meagan Shaver with Louisville Scoop said families were chosen at random throughout both stores and their groceries were paid for.

Former University of Louisville football player Jamon Brown, who also currently serves a guard for the Atlanta Falcons, was on hand for the surprise.

A customer at the Broadway Kroger location was overwhelmed by the kindness, she was wiping away tears of joy while receiving a hug from Brown. He also helped bag groceries and greeted customers.

You can hear someone in the video saying, "this is what it is all about baby. Keep working. Keep helping."

Shaver said more than 100 families were helped in this effort.

Brown is also featured in a recent Sports Illustrated article about how he has spent time during the off season. Brown has participated in several of the 'justice for Breonna Taylor' protests, the article states.