Adrian Dean loves to draw. He can spend hours sketching. He's now drawing on car windows. Neighbors are taking notice and hiring him for jobs. 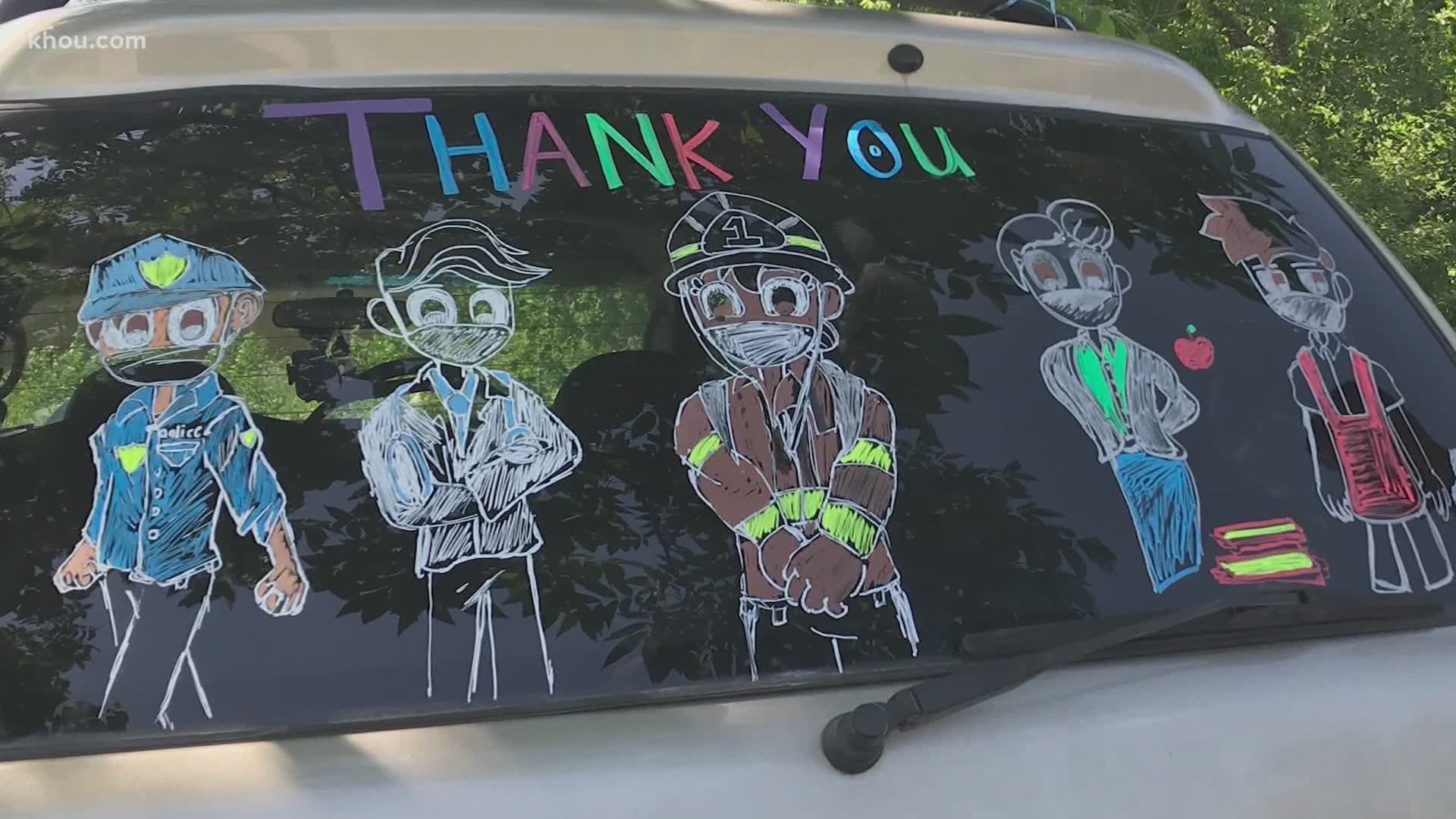 HOUSTON — What Adrian Dean can't express in words, he details in drawings.

The 15-year-old said he dreams "to be known one day because art is my life."

Everything around him is a canvas, including car windows.

Neighbor Ann Richards posted a picture of some art he did for his brother's birthday on the NextDoor app, saying she was in shock of his talent and complimenting the artwork he created on the back windows of his family's SUV.

Dean wrote "Happy Birthday" and drew some of his brother's favorite anime characters.

Karen Askins read that post and hired him to make car posters for a graduation parade.

About a half-dozen others have called on Adrian to paint their cars or sketch their favorite characters.

He surprised Mattress Mack with a pencil sketch of the Harvey hero. And Dean drew J.J. Watt on the side of an SUV. It was so good, Watt himself liked Adrian's Instagram post.

Adrian isn't out charging major money. He will accept donations to cover his supplies.

"I’m just happy that I can do some artwork and make their day," Dean said. "That just really means a lot to me."

And Adrian's gift means a lot to his neighbors.

"Know that we’re all still here together," he said.

Right now, with so many not knowing what their future holds, the 15-year-old hero next door has a well-defined plan. All he has to do is color in the rest.