Nolan Turner, 4, got a surprise from his dad's colleagues at the Portsmouth and Norfolk fire departments. He's out of the hospital now and cancer-free. 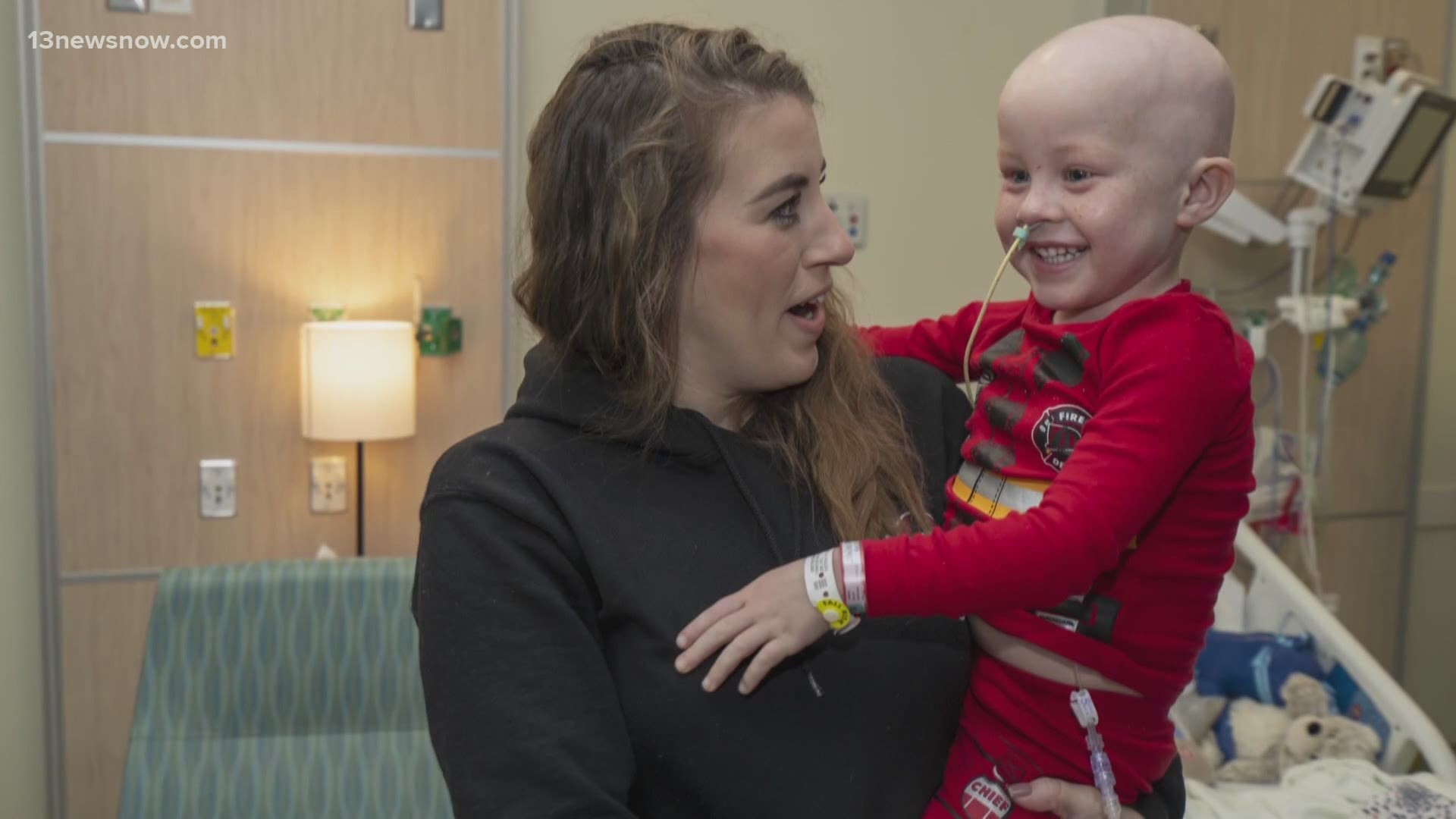 NORFOLK, Va. — Four-year-old Nolan Turner walked outside of Children's Hospital of The King's Daughters in Norfolk with a smile on his face Wednesday morning.

Outside of the hospital, his family and friends cheered for him.

After battling lymphoma, a rare form of childhood cancer, since Sept. 2019, “Nolie-Ollie” has completed his treatments and is officially cancer-free.

He rang the bell on his dad’s fire truck.

The sound signaled the end of a difficult battle. The little boy who aspired to become a firefighter one-day beat cancer and there are brighter days ahead.

Levin Turner, Nolan’s dad was overwhelmed with emotion Wednesday as he greeted his family, friends and colleagues who showed up to support him.

“Crossing the finish line is a great feeling, said Levin.

Mandy Turner, Levin’s mother, also expressed gratitude for those who have supported her family along the way.

About two months ago, Levin’s colleagues at the fire departments in Portsmouth and Norfolk organized a surprise for Nolan.

Together, the fire crews raised a ladder to his hospital room window, holding up signs and cheering him on. The surprise was their way of lifting the young boy’s spirits. Nolan was unable to receive visitors while undergoing treatment due to the pandemic. His parents were the only visitors allowed during much of his battle.

“I can’t thank the people that are here enough. Just how much their support and love mean to my family. It’s really the only thing that’s kept us going through some of this process,” said Levin.

Levin said Nolan has a lot to look forward to. He’ll spend lots of quality time with his four siblings and enjoying the regular things kids do.

“He is a true fighter and it’s just so amazing watching this overcome this adversity with a smile on his face,” said Levin.

Nolan will continue having regular check-ups with his doctors for a year to make sure he remains cancer-free.

The possibilities are endless for the strong survivor who hopes to one day become a firefighter.