"She came in my room looking for me and found me unresponsive not breathing and purple," said mother Brooke Holley. 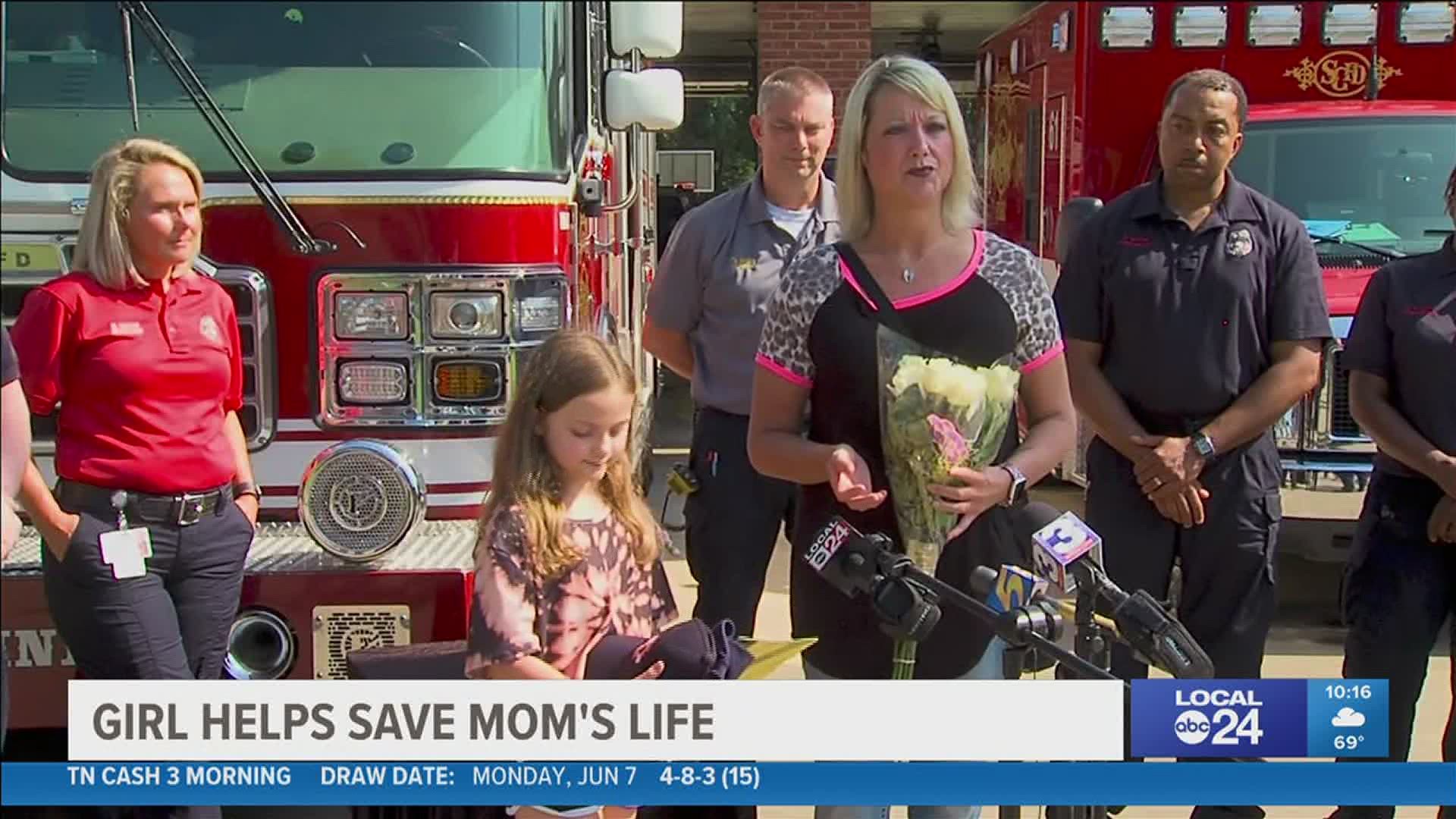 SHELBY COUNTY, Tenn — A Shelby County daughter was celebrated Monday after dialing 911 when her mom could no longer breathe.

The Shelby County Fire Department gathered to reunite those who took the mother to the hospital.

8-year-old Ella Claire Meskenas got to ride on a Shelby County fire truck this afternoon in celebration of her quick-thinking and bravery last month.

"She came in my room looking for me and found me unresponsive not breathing and purple," said mother Brooke Holley.

"She called her dad on one phone and called 911 on the other and if it wasn't for her and the heroes behind me I would not be here today," said Holley.

"I was really scared to see her like that because I wouldn't think of that happening and I just got really scared," said Meskenas.

The fire department said mother Holley suffered a respiratory arrest then a cardiac arrest. She was conscious when taken to the hospital which medics said is rare.

"I knew that 911 was the right thing to do when we had an emergency because I learned that in school," said Meskenas.

Ella Claire Meskenas, 8, was celebrated today after saving her mom’s life when she stopped breathing during Memorial Day weekend. Meskenas says she had a duty to save her since she loves her so much @LocalMemphis pic.twitter.com/0XkqFl19fX

The Shelby County Fire Department, paramedics and dispatcher reunited with Meskenas, presenting her with a trophy and pin.

"She's only like the second child I've taken a phone call from, but she did better than most adults do," said 911 dispatcher Michelle Staten.

Staten said when dialing 911 during in an emergency it's critical to know where you are, know your phone number and describe exactly what's happening.

Meanwhile, Ella Claire said the experience has encouraged her to have a meaningful career when she grows up.

"It inspires me to help people when I grow up and try to be as brave as I can."