He put a ring on it...in the grocery store where they met

A chance meeting between former sweethearts turned into an special moment in the produce aisle of a Kokomo grocery store. 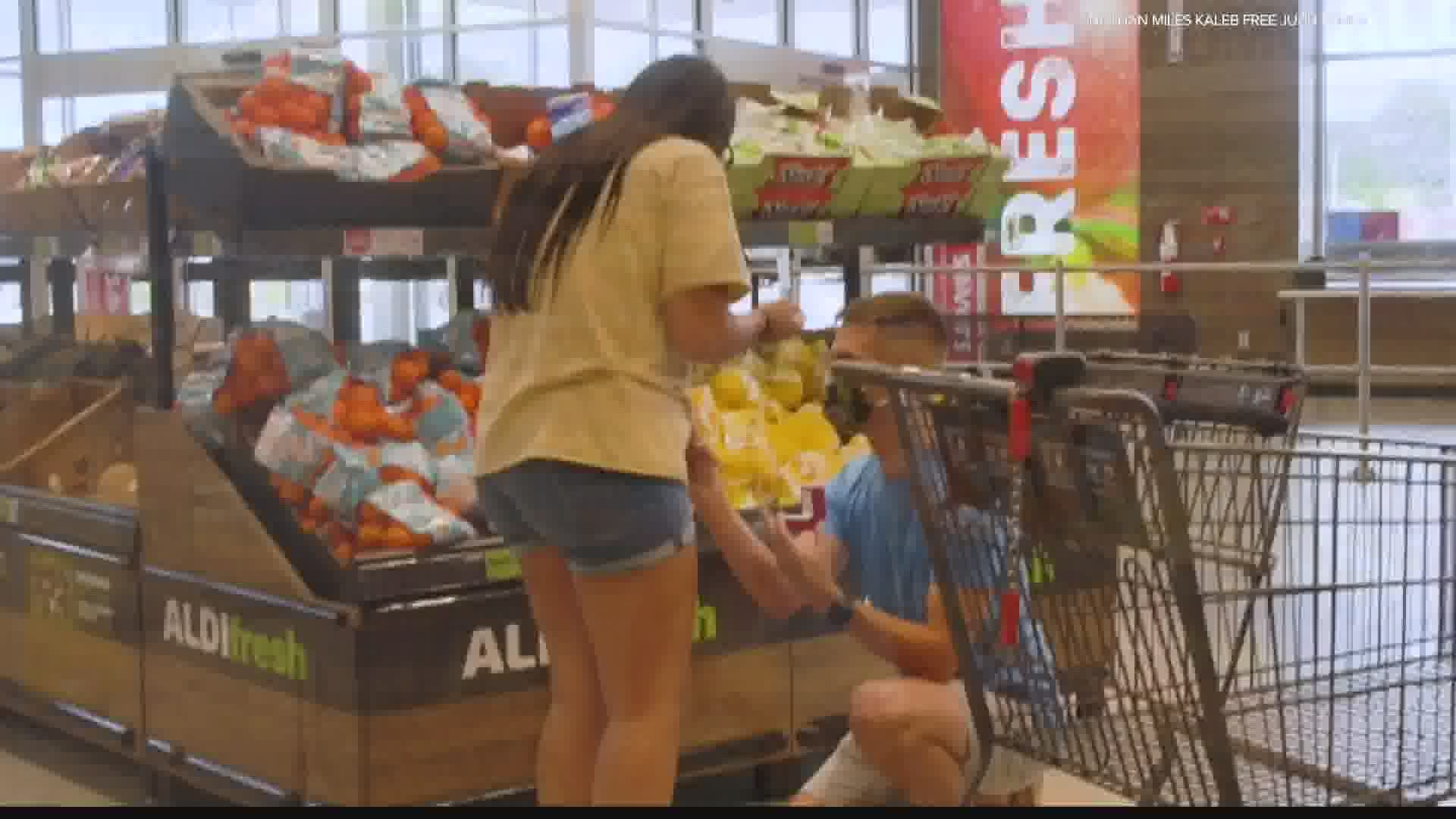 KOKOMO, Ind. — A funny thing about love, sometimes it is better the second time around.

Frank Sinatra even wrote a song about it.

A song Eric Willhite and fiancé Rachelle Miles could be singing all the way down the aisle in a few years.

“She makes me who I am, and she helps me grow,” Eric said of Rachelle.

It wasn’t always that way, though, between these two when they first met and dated years ago in middle school in Kokomo.

“We broke up in eighth grade and didn’t talk at all in high school,” Eric explained.

“At all, literally, not a single word freshman year through senior year,” Rachelle added.

That all changed last summer at ALDI In Kokomo.

Eric, now in college, was delivering groceries and was picking up his last order of the night.

“I wasn’t even going to take the order,” Eric said.

He did, though, and ran into Rachelle right in the produce aisle.

“He was trying to avoid me, but I walked up to him and I said 'Hi' and asked him how he was doing,” Rachelle explained.

“I kind of had this feeling of, I want to get to know her again,” Eric said he thought after seeing and talking to Rachelle in ALDI.

So Eric messaged her on Instagram the next day and asked Rachelle out to dinner. At that dinner, there was no question about how they felt.

“It was really like sparks flying. It's like a real thing. We’ve pretty much known from that first interaction, that this is it,” the couple explained.

So when Eric decided to propose this summer, there was only one place that would do: right at the ALDI where he and Rachelle reconnected, right in the produce aisle — in front of the oranges, to be exact.

Neither Eric nor Rachelle was looking for love that day in an ALDI in Kokomo. But it’s where they found it and put a ring on it.