Rock of Love: Couple gets hitched at Louder Than Life festival

A Louisville couple got hitched during the rock festival Rock N' Roll style. 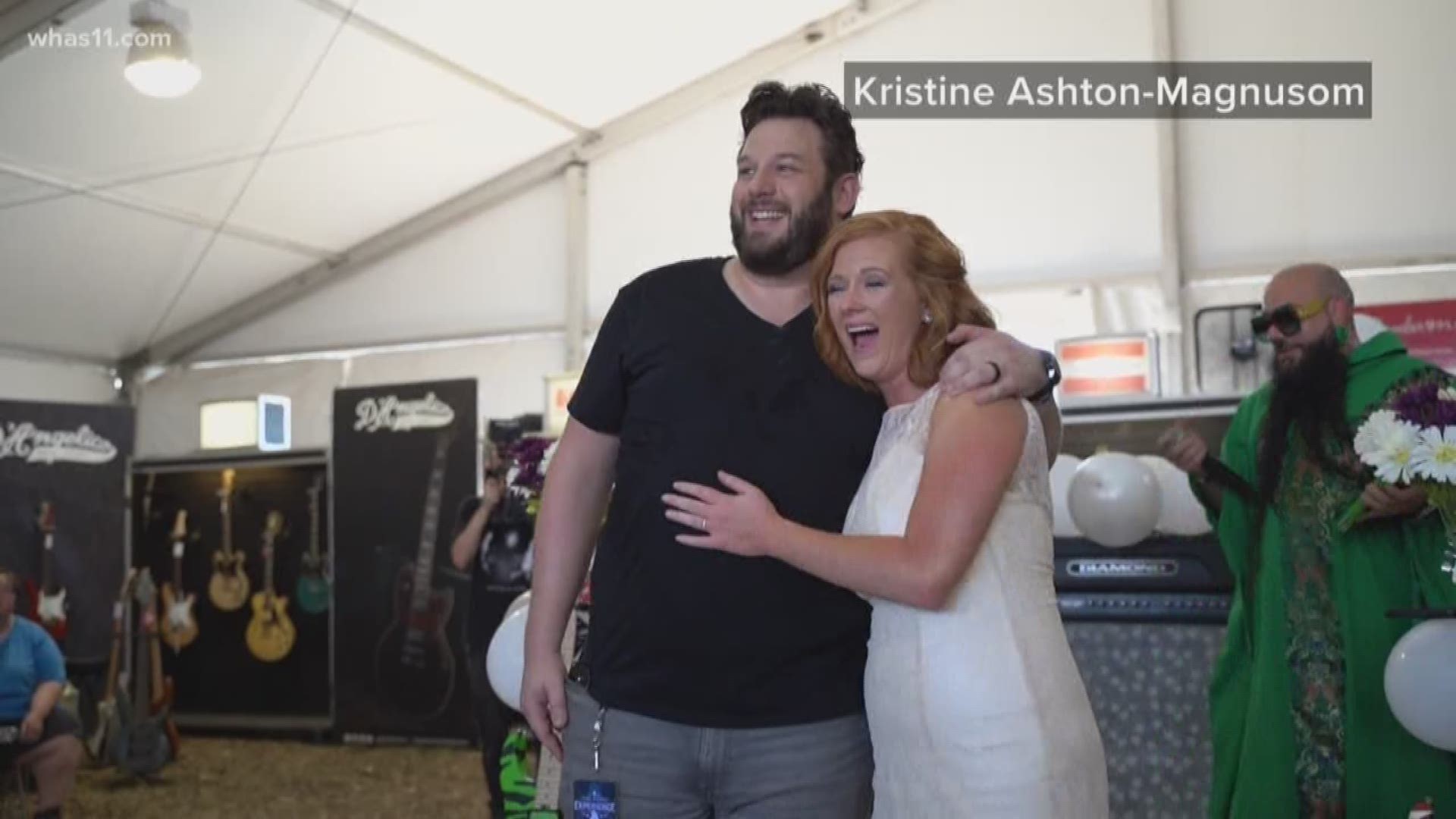 LOUISVILLE, Ky. — The love for Rock N’ Roll was at an all-time high at the Louder Than Life Festival.

Music icon and reality star Bret Michaels wasn’t in attendance this weekend but for a local couple, there was still some “Rock of Love.”

Louder Than Life crew member Mark Blasko and his wife decided to get hitched festival.

Six men held electric guitars as the bride walked down a makeshift aisle.

Credit: Kristine Ashton-Magnuson
Six men hold up electric guitars as the bride and groom begin to walk down the aisle at the Louder Than Life Festival.

Their officiant even gave nod to legendary rockers Jimi Hendrix and Nikki Six in the wedding vows.

The happy couple literally rocked out with their rings out.

RELATED: Louder Than Life is self-imposing a 105-decibel limit. What does that sound like?

RELATED: Ahead of Louder Than Life, festival producers address concerns over water, noise