Carter Willett - aka Courageous Carter - is fighting a rare form of cancer. He is asking for birthday cards for his 10th birthday on October 17. 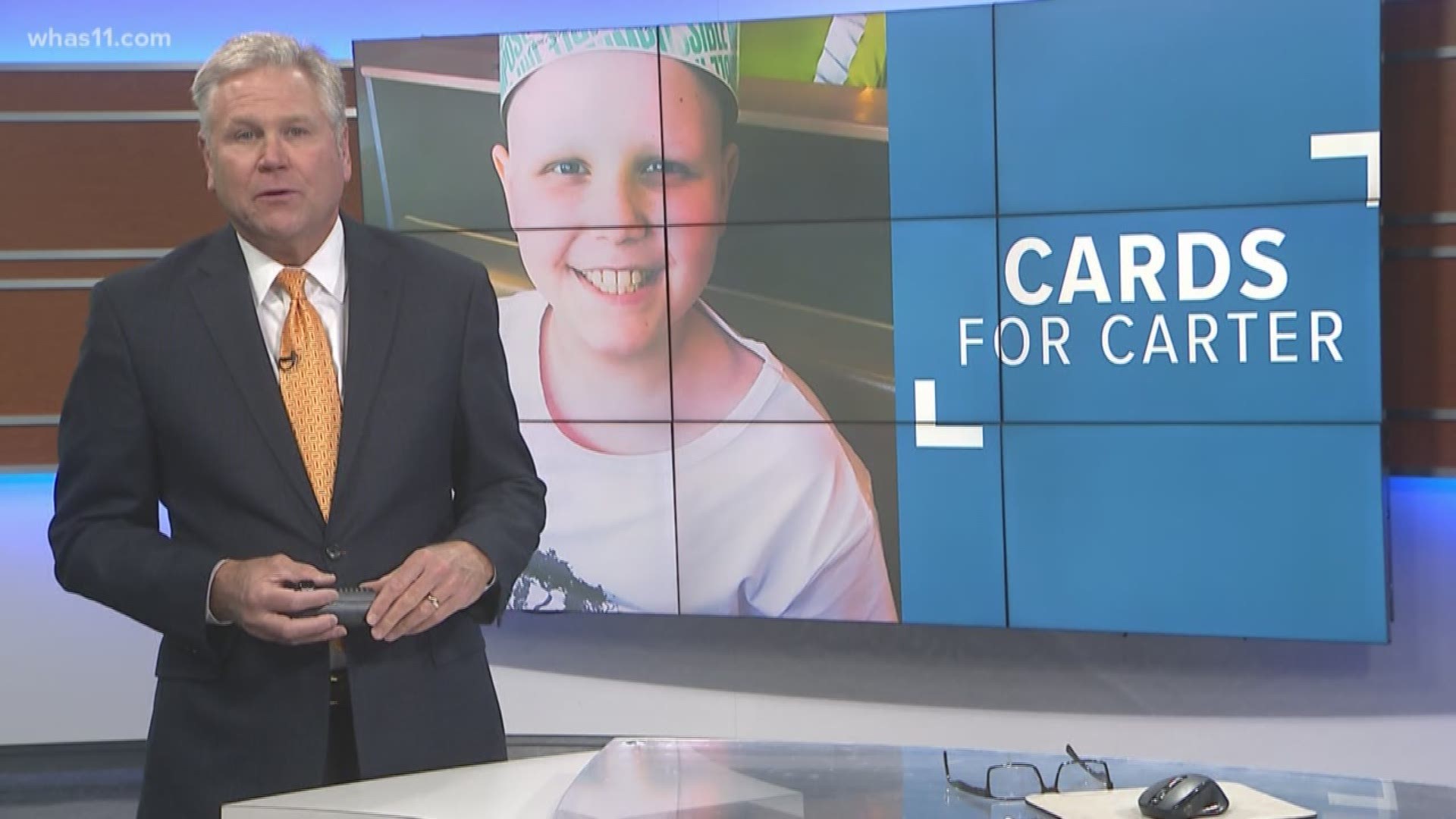 LOUISVILLE, Ky. — Carter Willett is a 9-year-old boy in Louisville and he is battling a rare form of cancer called Ewing's Sarcoma. He has been receiving treatment for nearly a year. On Oct. 17, Carter will celebrate his 10th birthday and he has a special request.

Carter's only wish is birthday cards - and lots of them. His dad posted on Facebook, asking to send cards. The post has already been shared over 450 times.

"Happy bday carter!! You are such an amazing young man," one Facebook user commented.

"I hope some day I can be as courageous as you and am half the hero you are. I will be thinking of you spending my birthday wish on you," another said.

Carter's mom, Kimberly, said the family has been overwhelmed by the response on social media.