'America Strong': Watch the Thunderbirds and Blue Angels in action over several US cities to thank essential workers

The Air Force and Navy fly in formation as a collaborative salute to all first responders, while standing in "solidarity" with Americans. 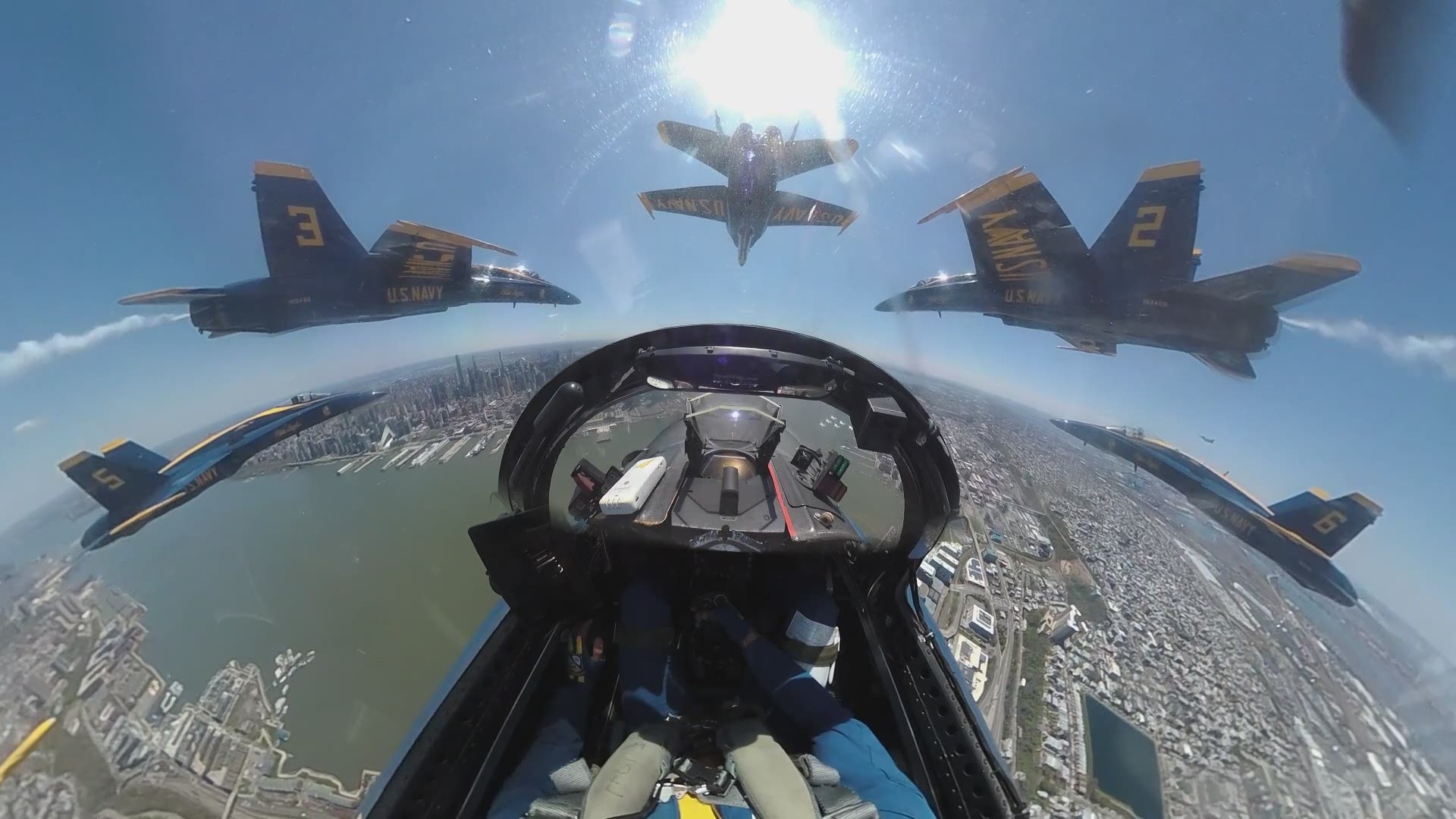 "What we are doing is paying tribute to our frontline health care workers confronting COVID and it's really a signal to all Americans to remain vigilant during the outbreak," Trump said.

The tri-state area--New York, New Jersey and Pennsylvania will be the first to see the Blue Angels and Thunderbirds in action, Monday.

“We are truly excited to take to the skies with our Navy counterparts for a nation-wide tribute to the men and women keeping our communities safe,” U.S. Air Force Lt. Col. wrote in a Facebook post.

The Air Force and Navy aircraft will fly a formation flight as a collaborative salute to all first responders, while standing in "solidarity" with Americans.

“We are incredibly honored to have the opportunity to salute those working on the frontline of the COVID-19 response, we are in awe of your strength and resilience,” Cmdr. Brian Kesselring, U.S. Navy Blue Angels commanding officer and flight leader wrote. “Thank you to all of those in essential industries keeping our nation moving forward. We will get through this. We are all in this together.”

This mission is the first of several planned over the coming weeks.

To make these flights a reality, there were months of planning and coordination between the crews and local governments, the commander and flight leader said.

Thunderbirds and Blue Angels fly over hospital in Trenton, NJ

Thunderbirds and Blue Angels spread joy in fly over in Philadelphia

According to the crews, anyone living in these areas can expect a few seconds of jet noise as the aircraft pass overhead along with the sight of 12 high-performance aircraft flying in precise formation.

It is important to note that the Navy and Air Force say these flyovers should be viewed from the safety of your own home and all quarantine and social distancing guidelines apply. People are being urged not to gather in large groups or at local landmarks.

More cities are planned to get to see the top-flight demonstration teams in action over the next few weeks. How and where to watch in your area will be released periodically.

WHAS11 News will update the story if any Kentucky and Indiana cities are added to the schedule. You can keep up to see if your area is on the map here.

For more information on the Blue Angels, visit www.blueangels.navy.mil.

For more information on the Thunderbirds, visit www.afthunderbirds.com.