Officer Wesley England did not expect to walk out of work with a new pet, but says the kitten now fits perfectly into his family. 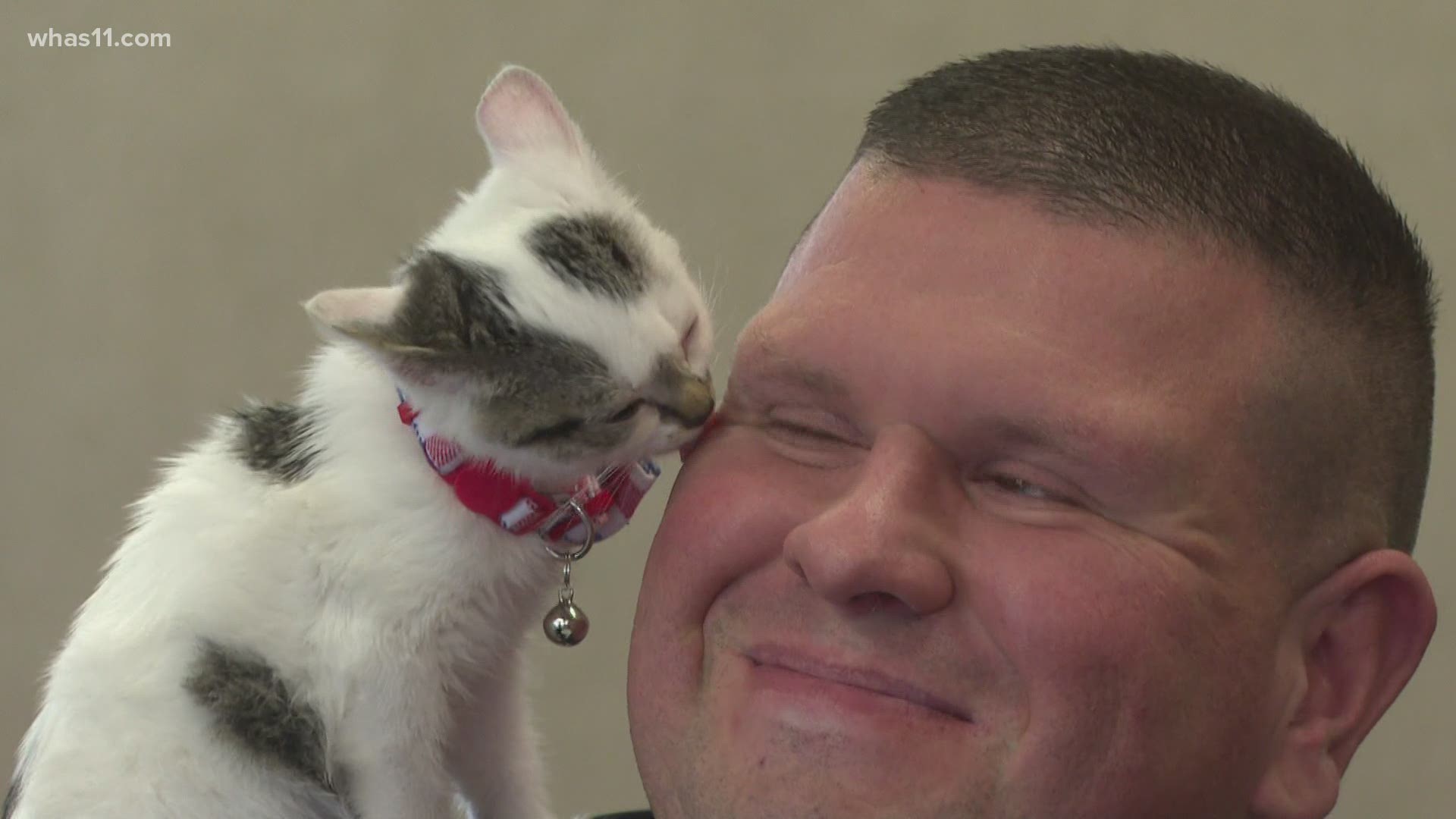 LOUISVILLE, Ky. — There are a few places you might find a stray cat. An airport ramp is not one that comes to mind.

Public Safety Officer Wesley England arrived at work for what he thought would be a normal training day at the airport firehouse.

But there was a new face in the room, one he had never seen before – belonging to a small kitten.

“I said hey, bring him over here let me see him,” said Officer England to a coworker. “As soon as he brought him over, he got on my shoulder sat down and started purring.”

Turns out, the airport operations employees found the kitten wandering around near the airplanes.

Officer England isn’t really sure how the kitten ended up there and has never seen anything like it.

“We’ve got some really good security here, [and] fencing around the airport,” Officer England said.

Officer England decided to adopt the kitten. He texted his wife, letting her know he would be arriving home with a new pet.

“At first I thought he was joking,” Katrina England said.

“The first shift that he worked after he brought it home, it sat in his recliner and cried for him,” Katrina said.

The England family fittingly named the new part of their family, Boeing.