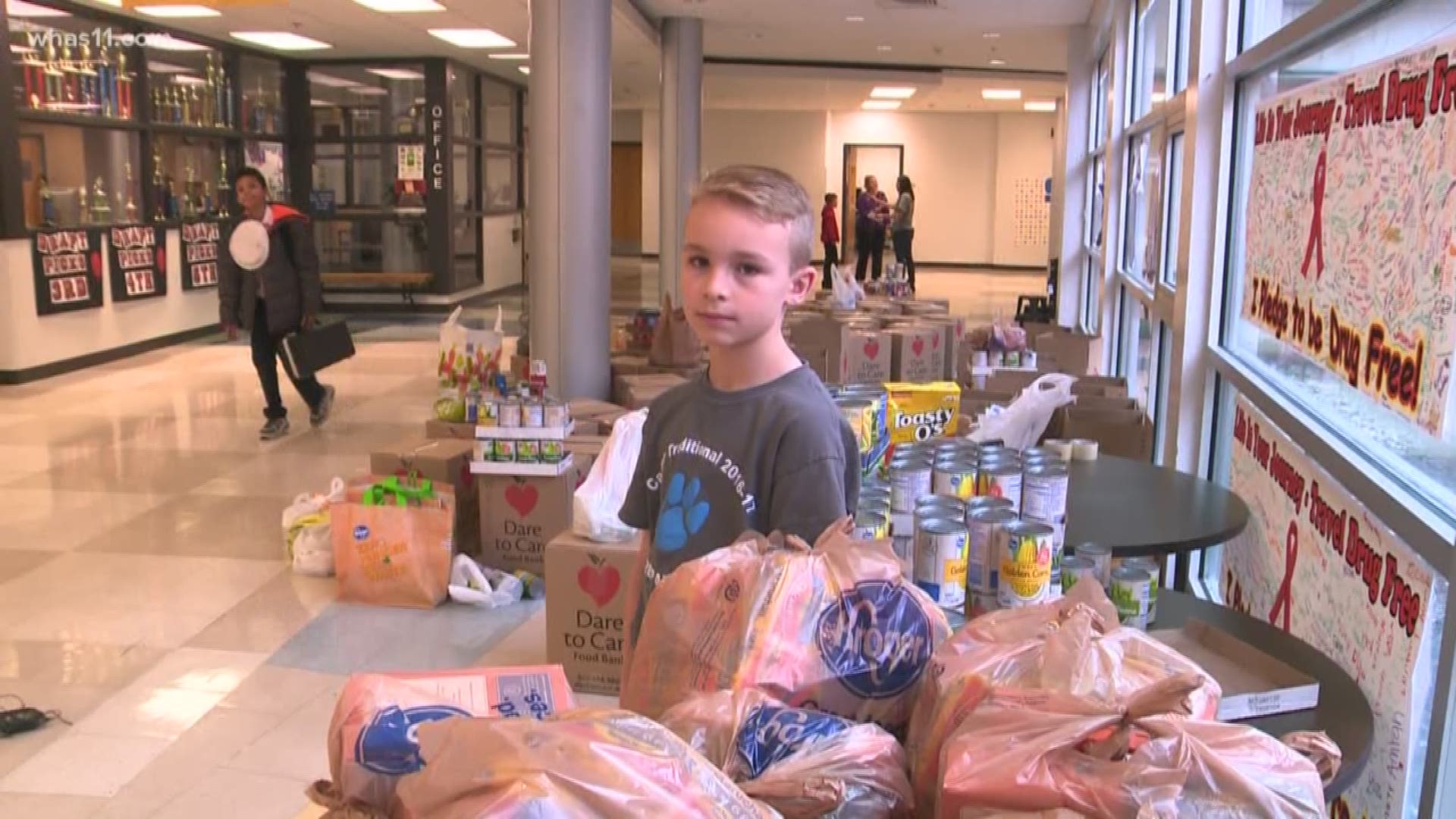 That was how Beth Vogelsang Sanders described her amazement at the selflessness of a local 8-year-old.

Sanders is an employee at the Kroger on Terry Road in Louisville. In a Facebook post, she said that a young boy by the name of Colton came through her line as her first customer of the day.

According to the post, Colton spent his entire allowance on three baskets of food for the homeless community.

“Our hearts were bursting and tears were flowing!!” Sanders said in the post. She also shared a picture of herself and Colton, standing next to two shopping carts overflowing with groceries.

WHAS11 News talked to the young helper on Tuesday who shared the reasoning behind this act of kindness.

“One day we were driving and we saw a bunch of people on sidewalks, and they had beds and they had to sleep right there, so we thought maybe we should help them out by giving them food,” Colton explained.

Colton’s inspiration lives under the same roof: his older brother, Dalton. Dalton said it was a couple years ago that he decided he wanted to help, and sold his Kindle to get the money to buy canned goods for Louisville’s less fortunate.

"These people, they don't have their own homes so maybe you can spend, you can get them like an apple or something to help them out,” Dalton suggested as a simple gesture.

Both boys attend Carter Traditional Elementary School, which has since created an award: The Mattingly Good Citizenship Award, to be given to one fifth grader a year who is making a difference in the community.

Dalton, of course, is the first recipient.

The Facebook post went on to praise Colton and his parents for “raising a remarkable child,” though it appears they’ve raised two.

The boys hope their generosity will inspire others to do the same.