Watch: 3-year-old Noah Clare reunited with his family after being found in California

The Gallatin family shared a heartwarming moment after 3-year-old Noah Clare ran to give his mother a big hug. 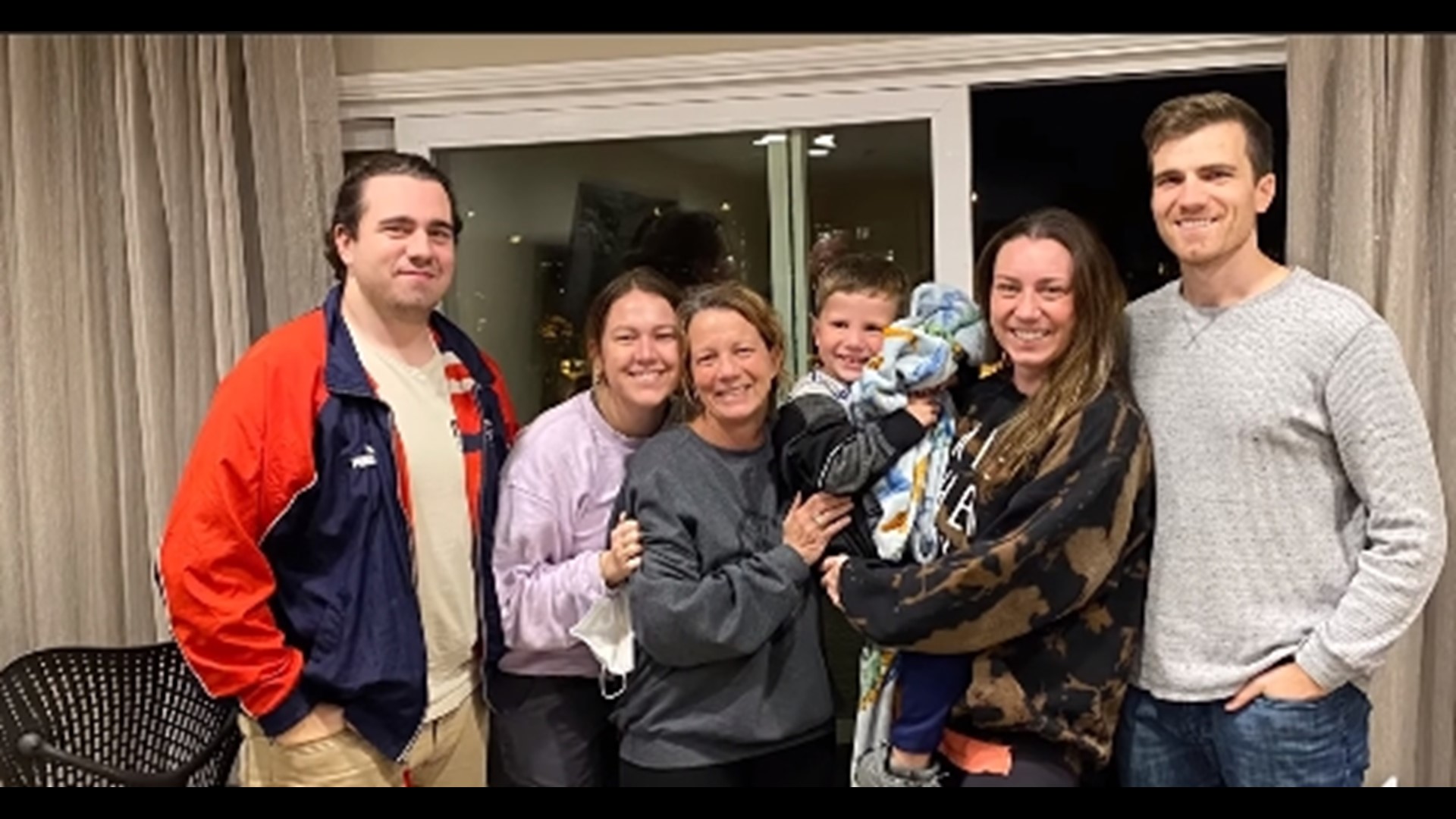 TENNESSEE, USA — With a smile that could light the room, 3-year-old Noah Clare reunited with his family after being found in California.

Cheers filled the air as Noah ran into the arms of his mother, Amanda Ennis, giving her the biggest hug.

The 3-year-old from Gallatin, Tennessee had been missing for more than a week after the Tennessee Bureau of Investigation said his non-custodial father, Jacob Clare, had abducted him instead of bringing him home after a visit in Kentucky.

An AMBER Alert was issued days after he was reported missing on Nov. 7. The search for Noah spanned across Kentucky, Tennessee, Arizona and eventually California -- lasting for nearly two weeks.

Noah was found safe outside of San Clemente, California on Thursday morning after a observant Southern California mother from the Dana Point area, Julia Bonin, spotted him with his father and another missing girl at Doheny State Beach.

In a media briefing, Bonin said she remembered the AMBER Alert and acted on her intuition by reporting the sighting to authorities. Bonin said that she knew Noah's mom could not wait to have her baby back.